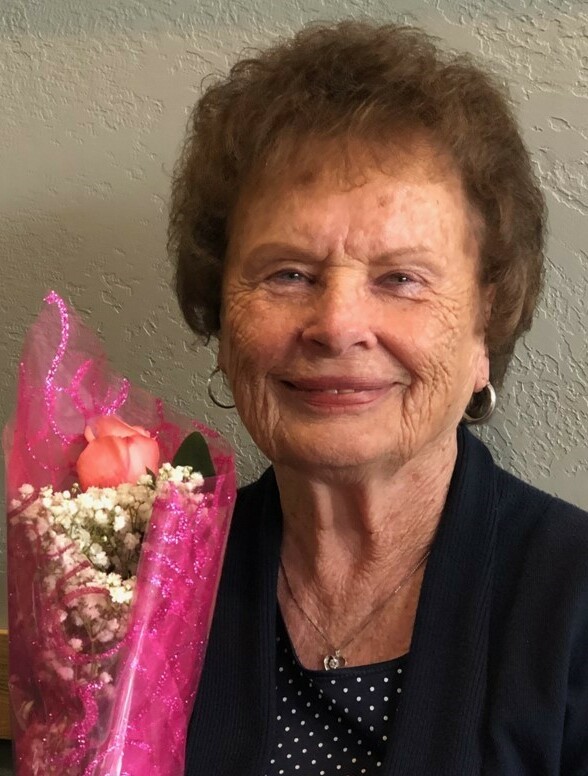 Dolores J. Gray Lewis (Dodo) passed away Friday, January 20, 2023
from complications due to her cancer and RSV.
Dodo, her lifelong nickname, was born to Earl and Bernice Gray on
November 30, 1935 in Nyssa, Oregon. Dodo grew up in Nampa,
Idaho and attended Nampa HS in 1954.

Over the years she worked at Mountain Bell in customer service where she met Gary T. Lewis.
They were married in October of 1956 and were married for 62 years
until Gary passed in 2018. They had 3 daughters, Debbie, Diane and
Dawn and moved from Idaho to Colorado over the years enjoying life
together.

Dodo worked at Idaho Power and later worked at Centennial Golf
Course for 15 years and then at Falcon Crest 10 years working in the
Pro Shop and then as the Tournament Director. She loved golf, her
fellow golfers, and working with her daughter, Dawn.
Gary & Dodo enjoyed 40 years of horse breeding and racing,
spending countless hours on the track. All of the grandkids had a
horse named after them.

Dodo’s favorite hobby was traveling to one of her casinos, especially
the Mirage in Las Vegas to play the slots. She could be found in her
happy place sitting at the slot machines for hours on end waiting for
that elusive triple 7!

Dodo’s pride and joy were her three daughters, her 9 grandchildren,
and 30 great-children. She never missed a birthday or Christmas
with a card and money. Getting their texts and phone calls were the
highlight of any day.

Dodo lived with her daughter and best friend, Dawn, and her dog,
Lucy, who took care of Dodo on a daily basis. Thank you Dawnee!

A viewing will be held on Monday, January 23, from 5-7pm at
Summers Funeral Home, 3629 E. Ustick Road, Meridian

A Celebration of Life will be held on Tuesday, January 24 at 9am at
Summers Funeral Home, with a graveside to follow at 11am at Dry Creek Cemetery in Boise.
To send flowers to the family or plant a tree in memory of Dolores Lewis, please visit Tribute Store
Monday
23
January

Share Your Memory of
Dolores
Upload Your Memory View All Memories
Be the first to upload a memory!
Share A Memory
Send Flowers