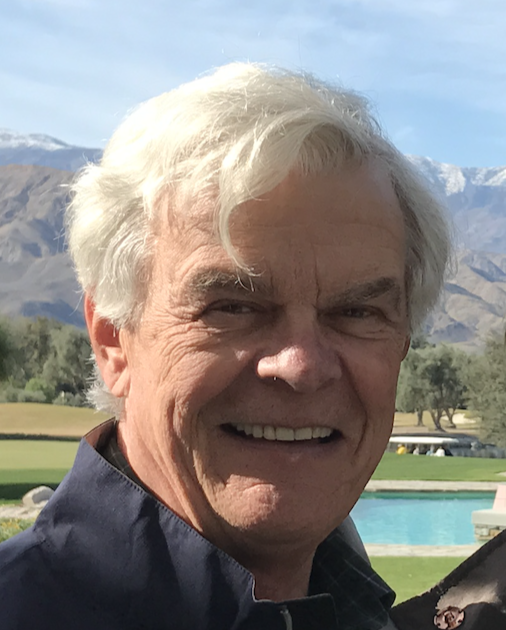 Please click link below for livestream of Memorial Service

Dennis was born October 4, 1947 in Logan, Iowa to Ray and Ethel Dickinson. He was the 14th of 17 children and had to learn quickly to keep up with his older siblings on the farm. After high school, he enlisted in the United States Air Force, he served four years as an Aerospace Ground Technician, in Grand Forks, North Dakota.  After his time in the military, he was driven to further his education. He completed his Bachelor’s degree in Business Administration at Bellevue University in Omaha, Nebraska at nights while working full time. He rose to Vice President at First National Bank and subsequently Vice President of Finance at Valmont Industries. Over the years, he also owned apartment buildings, a sporting goods shop, and other investment properties.

Dennis met Carol in Omaha and they were married in 1986. Dennis adopted Carol’s loving daughter Jennifer. Shortly after their marriage, Dennis moved the family to Fruitland, Idaho to start a food processing company, Dickinson Frozen Foods (DFF). In 1990, Carol gave birth to Matthew. After more than 17 years of growth and success, Dennis moved the family to Eagle, Idaho, sold DFF, and retired.

Carol and Dennis enjoyed spending time at their home in McCall for snow skiing, snowmobiling, boating, water skiing, and entertaining family and guests. They also took the family to many places together including Europe and Mexico, as well as many visits to see family in Arizona, California, Iowa, Missouri, and Nebraska. They often took their golf clubs wherever they went.

Dennis was very active around the home, taking care of the yard as well as fixing things inside and out. In the winter, he enjoyed plowing driveways for their home and their close neighbors. He loved taking meticulous care of his classic cars, especially his 1967 Corvette, which he owned for over 45 years.

He will be inurned on February 3, 2023 at Idaho State Veterans Cemetery at 11am with simple placement, followed by a Celebration of Life with military honors at Summers Funeral Home at 1pm.

In lieu of flowers, please consider donating to a charity of your choice in his name.

To send flowers to the family or plant a tree in memory of Dennis Dickinson, please visit Tribute Store
Friday
3
February