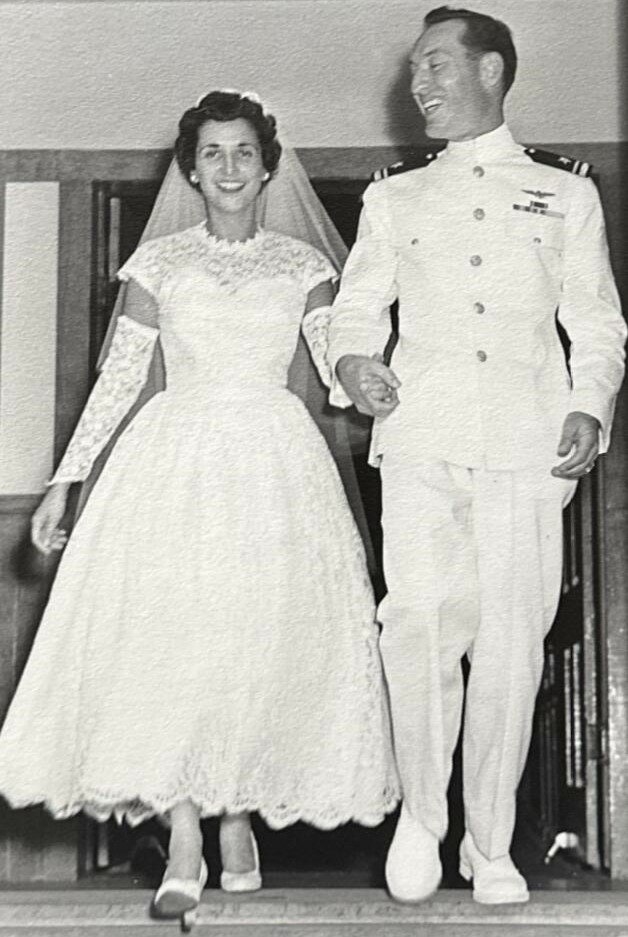 Alice Mae Bunn "Bunny" Buck (91), a resident of NB, Texas, passed away on Saturday, January 14th, 2023. She was born on November 6, 1931 in Ogdensburg, Pennsylvania, to Blanche and Donald Bunn. Her son Ty Buck, sister Janet Hart, and parents predeceased her.

Alice graduated from Canton High School and Robert Packer Hospital School of Nursing in 1952. Following graduation, she worked at Blossburg State Hospital in Blossburg, Pennsylvania and Mount Zion Hospital in San Francisco, California. Alice met her husband Captain Donald Buck while working in San Francisco at Mount Zion Hospital. He was stationed at NAS, Alameda, California. They were married in August 1955 in Ogdensburg, Pennsylvania at Church of Christ.

They were stationed in Iwakuni, Japan for a couple years and when stationed in Doylestown, Pennsylvania, Alice worked at the Pine Run Skilled Nursing Center. They spent thirty very enjoyable years in the Navy and then retired to Eagle, Idaho, to look after his parents. Her husband Captain Donald Buck passed away July 18, 1987. Alice moved to Kirkland, Washington, to be closer to her Navy friends. While living in Kirkland, Alice enjoyed volunteer work at Overlake Hospital and Church and Life Time Learning Center in Seattle, Washington. After twenty-two years, she moved to NB, Texas, to be near her family.

There will be a graveside service on Tuesday, January 24 at 1:30pm at Emmett Cemetery in Emmett, Idaho, beside her husband and son who are both buried there. The family suggests that memorials may be directed to the Ogdensburg Church of Christ, 13065 Route 414, Roaring Branch, Pennsylvania 17765.

To send flowers to the family or plant a tree in memory of Alice Buck, please visit Tribute Store
Tuesday
24
January

Share Your Memory of
Alice
Upload Your Memory View All Memories
Be the first to upload a memory!
Share A Memory
Send Flowers