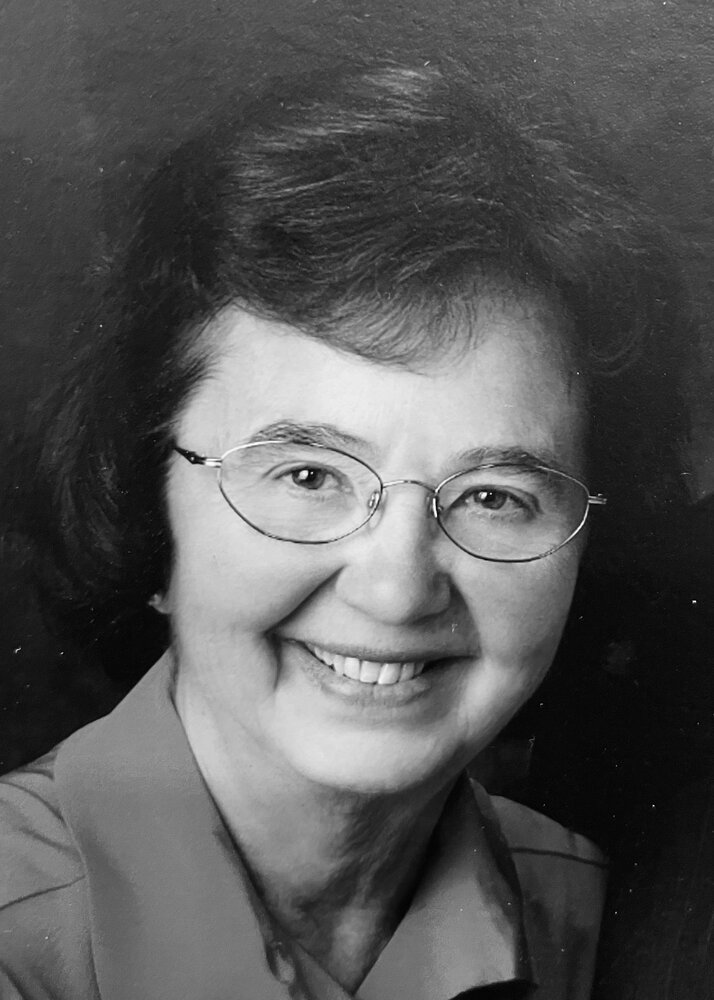 Hope Caroline Atkinson (née Bowen), 87, died at St. Luke’s Medical Center Meridian on Wednesday, January 4, 2023 with her family by her side.  Hope, the youngest of six children, was born September 29, 1935, in Meridian, Idaho to Garrett Bowen and Alma Watson.  Hope was born and spent her early life on the family ranch on Columbia Road and started her education at the two-room schoolhouse across the street – which today is Ten Mile Community Church – and continued her education throughout Idaho and California as the family moved due to her father’s job. She graduated from Kuna High School in 1953 and then worked at Albertson’s Bakery and Syms York bindery. On September 25, 1955, Hope married Robert Milton “Milt” Atkinson and they settled in Boise where they raised their children Reneeˊ and Rick, and where she resided until her death.

Hope worked side by side with Milt for over forty years as Atkinson’s Mirror & Glass grew from its origins in a converted chicken coop behind her in-laws’ family home on Fairview Avenue into a thriving business. Hope was happiest when she was amid family and engaged in their many adventures including camping, trail bike riding, boating, snowmobiling and attending Boise State football games – she particularly enjoyed the tailgating.

Hope had a huge heart, was always smiling and shared her light with all who were near. She had a special place in her heart for children and was known as Grandma Hopie to many. She was an especially doting grandmother to her two grandchildren Alexis and Oliver Atkinson – always willing to drop whatever she was doing to spend time with them, whether that involved taking care of them when they were “sick” instead of going to school; playing games including dominos, crocodile dentist or globe toss; or letting them sink their hands into raw eggs while cooking. In addition to Alexis and Oliver, she adopted their friends and would exclaim when introduced, “Oh good, now I have more grandkids.”

Hope was preceded in death by her husband, Milt; her parents; brother, Blaine Wiseman, and sisters Helen Correll, Dorothy McMikle and Billie Coon; and her beloved brother-in-law, Weldon Atkinson. She is survived by her daughter, Reneeˊ Atkinson of Boise; son and daughter-in-law, Rick and Michelle Atkinson of Boise; grandchildren Alexis Atkinson and her fiancé, Nasim Hurd of Rochester, New York, and Oliver Atkinson of Salt Lake City, Utah and his partner, Meg Baker, of Madison, Wisconsin; sister Lorraine White of Nampa; sister-in-law and brother-in-law Lorraine and Stan Bowman of Meridian; sister-in-law Darlene Atkinson of Boise as well as a large and loving extended family.

Hope was a lifelong member of Ten Mile Community Church, which her father was instrumental in building, and donations may be made in her memory to the church or a charity of your choice.

To send flowers to the family or plant a tree in memory of Hope Atkinson, please visit Tribute Store
Tuesday
10
January

Share Your Memory of
Hope
Upload Your Memory View All Memories
Be the first to upload a memory!
Share A Memory
Send Flowers