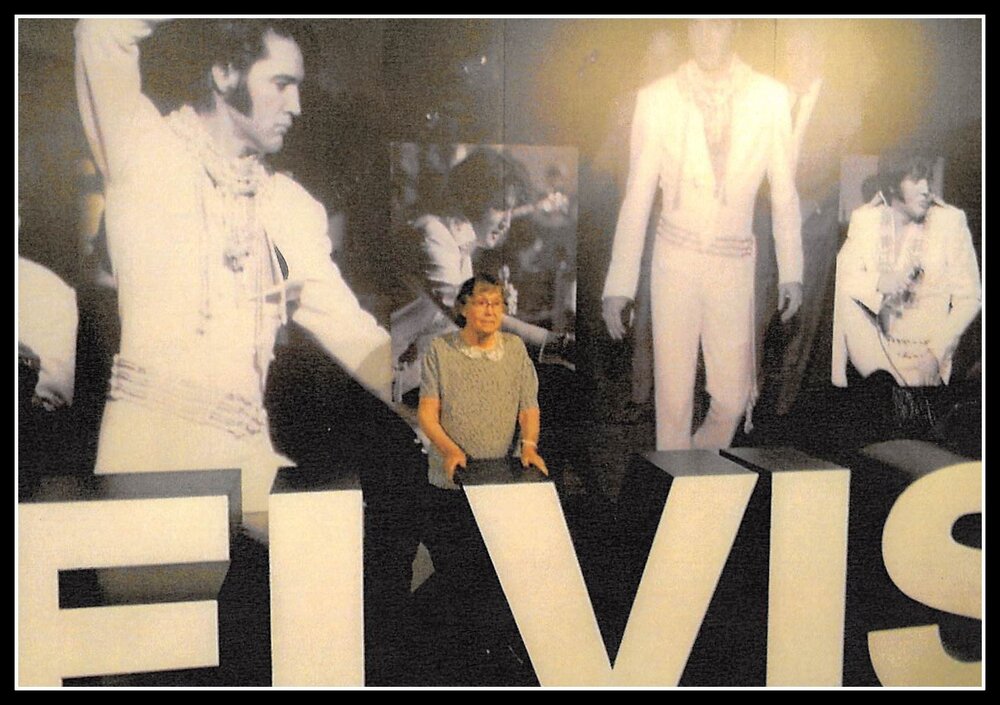 Venla “Louise” Mencer was born on July 24, 1944 to Venla Helena Sorenson and Ralph Sr. Donald Lassiter and died December 17, 2022 at her family’s home. She was 78. She will surely be missed but never forgotten.

Louise was born at Mercy Medical in Nampa and lived there until around the age of 3 when her mother and step father Henry packed her up and moved to Montpelier, Idaho located in the southwest corner of Idaho where she was raised until her late high school years.

She attended Lincoln Elementary school, Central Junior High and Montpelier High School (now Bear Lake High School).  In the 6th grade at Lincoln elementary she became the teacher’s pet and the teacher would bring her things like new dresses, candy and various other items. She remained at Montpelier until the family moved back to Nampa where she attended, for a short time, Nampa High School.

As a young girl in Montpelier, she sold pop bottles for a nickel, quart bottles for a quarter and burlap sacks at the salvage yards for pennies and used this money to buy penny candy and save what was left. She was going to become rich one day! She liked making ‘mud pies’ in the summer and playing in the snow in the winter. She would take her sled to the grain mill and ride it down the hill and one time even built an igloo in the back yard of her house. That was fun and warm! She enjoyed picnics, fishing and being in the outdoors as often as she could.

At 8yrs old she was baptized into the LDS church and enjoyed every aspect of the church.  She was very active within the church and called to several positions until the failing health of her husband required her assistance.

She married Edwin “Sonny” Mencer in May of 1962.  This marriage lasted 59 years until Ed’s passing in January of 2021. This union produced one child a boy named Edwin “Scott”.

At the age of 44 she received her drivers license and became a licensed driver.  Her favorite vehicles were red colored.  She retired from the food packaging industry and became involved in quilting, crocheting, sewing, jigsaw puzzles and thrift store shopping and going to as many yard sales as he could.

After Ed’s passing in 2021, she moved in with Scott and his family and stayed with them until September of 2021 where she decided she needed to have her own independence and moved to her apartment and lived there until her passing in 2022.

To send flowers to the family or plant a tree in memory of Venla Mencer, please visit Tribute Store
Wednesday
21
December

Share Your Memory of
Venla
Upload Your Memory View All Memories
Be the first to upload a memory!
Share A Memory
Send Flowers