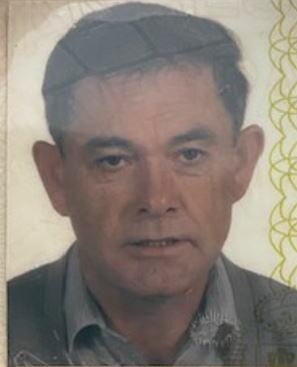 Julian was born in Bedarona, Vizcaya, Spain, the son of Justo and Emilia Garechana.  As a child, he developed a strong will and tough exterior after his mother died when he was young.  This experience, coupled with his high intelligence, developed into a formidable strength of character that successfully carried him throughout his life.  It shaped his outlook and values which he would later instill in his sons.  Like many immigrants, this adversity ultimately led him to seek new opportunities.  He began pursuing these opportunities when he immigrated to the United States.

Upon arriving in Boise in 1966, he began to build his new life.  He initially worked in construction on a number of infrastructure projects that were underway at the time including on Dowarshak Dam, Libby Dam and Lower Granite Dam.  In the early 1970’s, he met and married his wife Mary (née Malaxa) with whom he would spend his life for the next fifty years.  They would commit their lives to each other and successfully raise their two son’s (Jake and Robert “Bob”).   In 1989, he went to work for Albertson’s where he would work diligently until his retirement in 2011.

After accomplishing his primary goals in life - working hard and raising his family - Julian was finally able to relax and enjoy what he loved best, the outdoors.  He reconnected with his passion for bird hunting and spent hours in the fields outside of Emmett with his beloved pudelpointer dogs.  He also spent countless hours fishing at Anderson Ranch Reservoir where he had previously built the family’s second home.  While the fishing wasn’t always great and sometimes he missed his shot, he was finally able to find enjoyment without quite as many stresses in life.

Julian is survived by his wife Mary with whom he had recently celebrated his fiftieth wedding anniversary; his two sons Jake and Robert of Illinois and their loved ones including his beloved grandchildren, Jack and Avery; his brother in Spain and numerous cousins and friends.

Due to his wishes, there will be no public services.  Donations in his honor can be made to St. Jude.

To send flowers to the family or plant a tree in memory of Julian Garechana, please visit Tribute Store

Share Your Memory of
Julian
Upload Your Memory View All Memories
Be the first to upload a memory!
Share A Memory
Send Flowers