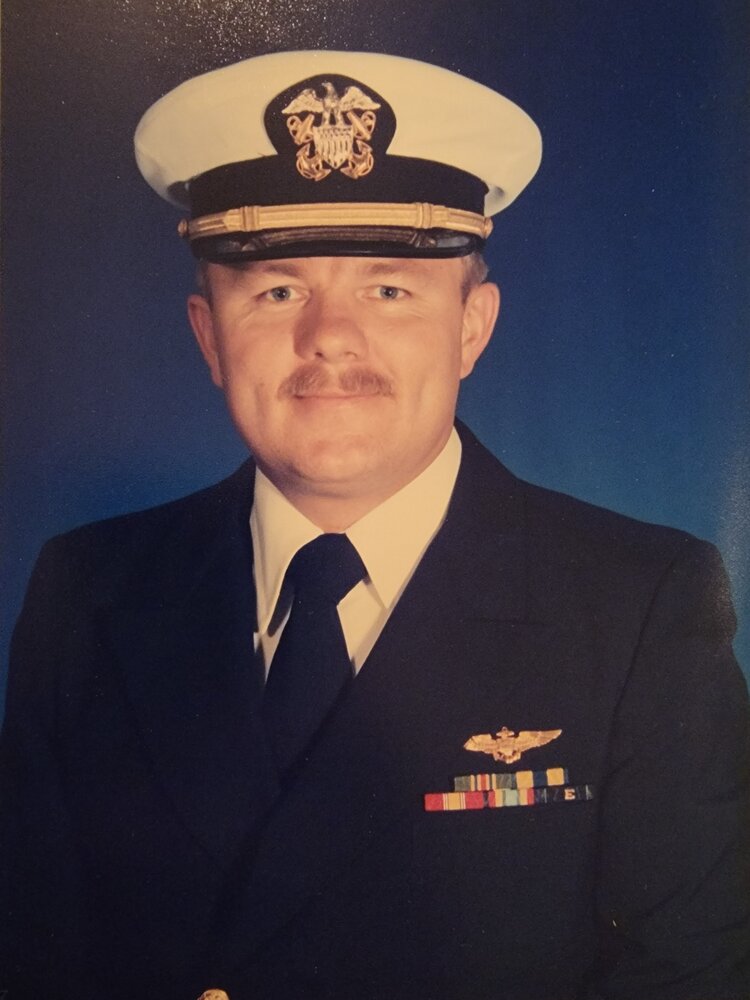 Please click the link below to view the services:

Dale Wayne Eld was born on April 3,1952 at the Valley County Hospital in Cascade, Idaho.  He was the sixth son of Albin and Ella Eld of Donnelly, where he was raised.  Being premature, Dale was tiny at birth and his dad stated he was made up of all the leftover parts from his brothers.  Initially, Dale had an uphill battle to survive.  But through prayers and his inherited Finnish SISU, he pulled through.  Being short in stature, Dale claimed he never really grew up.  In fact, his fellow Navy pilots called him ELF.

Dale attended the McCall-Donnelly schools, graduating in May,1970.  He became interested in flying at an early age.  He would watch his cousins fly over the Eld farm on their way to and from the Donnelly airport.  Dale always looked up in awe, deciding he was going to be a pilot some day.

Dale always had a need for speed!  Farm tractors didn’t do it.  Growing up, Dale had fast motorcycles, snowmobiles and cars.  Finally, he got SPEED, jet aircraft!

After graduating Dale attended the University of Idaho earning a degree in Mathematics and was commissioned an Ensign in the U.S. Navy in June 1974.  Initially, Dale applied for an Air Force ROTC scholarship, but Hank, the school janitor / bus driver told him the Navy had a better flight program, plus he could “see the world”, so Dale applied to the Navy ROTC program.  Upon retirement Dale wrote Hank thanking him for 21 years of Naval Service.

Dale earned his Navy Pilot wings in June,1976 after successfully landing on the carrier, USS Lexington.  Dale’s duty stations included Naval Air Stations: Whidbey Island, WA, Pensacola, FL, Kingsville, TX, Lemoore CA and Yokosuka, Japan.  While in the Navy, Dale flew A-4 jet aircraft as a flight instructor and later, as a “Top Gun qualified Adversary Pilot”.  Like the movie, it was his job to shoot down (simulated) the good guys.  Dale’s primary Naval mission was flying A-7 attack fighters off the carriers USS Coral Sea and USS Carl Vinson, logging over 5,000 hours and 490 carrier landing, just shy of his goal of 500.  But some of his passengers on SWA would say he got those last 10 while landing the 737.  Dale retired from the Navy as the Executive Officer of Naval Air Station Lemoore in July 1995 and then moved back to Idaho.

In 40 years, Dale flew over 20,000 hours, all mishap free.  Dale claims he “cheated death” at least a half dozen times while on the ground or in the air.  Only through the grace of God and his mother’s daily prayers to his guardian angel, did he survive.  Now his angel can finally rest!

Dale enjoyed watching MASH on TV and developed an affection for nurses.  On one of his Navy cruises, he met Doreen Tryon, a Navy nurse stationed in the Philippines.  It was love at first sight and she became the love of his life.  They married in January, 1983 at Naval Air Station Lemoore.  While there, they were later blessed with two boys, Christopher Wayne and John Michael.

After his final retirement, Dale and Doreen traveled extensively.  Their trips included visits to multiple states and Canada.  They also toured numerous countries in Europe, including an earlier trip to the Eld farm in Alavus, Finland in 1997.  Then later to Australia and New Zealand.  They went on a 30 day cruise around South America, stopping in several countries.  The highlight was a side trip to Machu Picchu, Peru.

Dale never returned to flying.  Instead, he enjoyed skiing, golfing and riding his ATVs and motorcycles.  When not playing, Dale spent his time maintaining their Boise and Lake Fork properties, helping his brothers with projects and completing a never-ending “honey do” list.  Dale was quite handy.  Everything he owned, he modified to make it better!  All in all, Dale felt he had a blessed life.  He loved his jobs, his family and his Lord and savior.  He was ready for his final flight home.

In lieu of flowers please make a donation to the Boise Rescue Mission or the Idaho Food Bank.

To send flowers to the family or plant a tree in memory of Dale Eld, please visit Tribute Store
Wednesday
7
December

Share Your Memory of
Dale
Upload Your Memory View All Memories
Be the first to upload a memory!
Share A Memory
Send Flowers