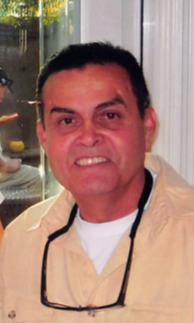 How do you put a life of action into words?

Ron leaves behind an incredible legacy of love, loyalty, service, and an incredible willingness to drop anything he was doing to help anyone in need, with no thought of himself.  One of his greatest gifts was his ability to talk to and find common ground with everyone around him.  He could connect with anyone on anything:  family, hobbies and interests, work, cars, home improvement projects, gardening, you name it.

Ron had an incredible work ethic, and since he could hardly sit still, he was always doing something, always on the go.  Idle time was not part of his vocabulary.  When you walked into his home, he always stood up and welcomed you in.

Ron was preceded in the afterlife by his parents Mike and Maxine Ortiz, who have welcomed him home.  When it is time for each of us to leave the mortal world, I know that Ron will be the first one there to greet us, waving, smiling, laughing, and wrapping us in a big hug.

Share Your Memory of
Ricky
Upload Your Memory View All Memories
Be the first to upload a memory!
Share A Memory