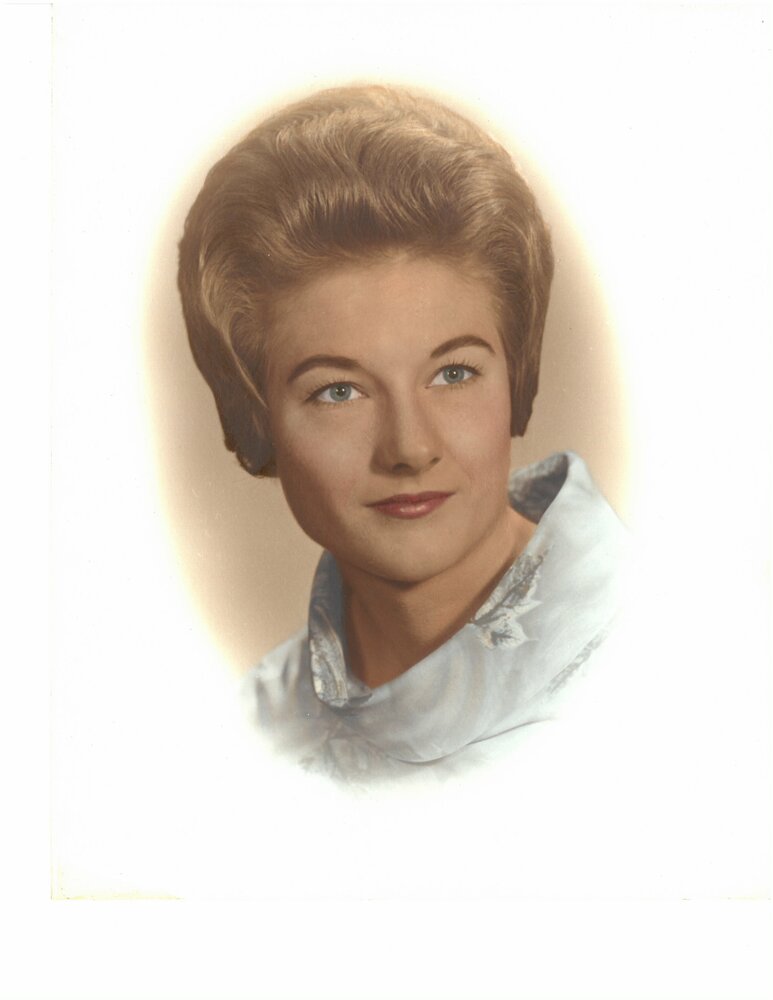 Janet “Skippy” Decker Webb, age 78, passed away, Wednesday, September 7, 2022 in Meridian, Idaho.  Janet was born in Dillon, Montana on March 5, 1944 to Albert and Mildred Decker, a cattle ranching family in Horse Prairie and was the oldest of two children.  Her elementary years were spent at Grant School, a small, rural one-room church until eighth grade.  In ninth grade, Janet’s education introduced her to a larger “in town school” where she graduated from Beaverhead County High School in Dillon, Montana.  Upon graduation, she attended Western Montana College of Education.

Janet married Elwood Webb on December 18, 1965 at St. Rose of Lima Catholic Church in Dillon, Montana.  This twenty-nine year union took Janet from rural life on a cattle ranch to Richland, Washington where their only child and daughter, Jamie was born.  Portland, Oregon was the next move where she spent many years getting aquatinted with city life.  Her focus was raising her daughter, and working as an accomplished seamstress, sewing and pattern-making. Even though life took her away from the ranch, she prioritized any available time and traveled back to Montana to assist her parents with their cattle operation.  After a few additional moves, the decision was made to put down roots in, Nampa, Idaho.

Janet missed ranching, so she turned her passion and love of educating into the role of a 4-H Leader.  She was instrumental in organizing the Nampa Junior Livestock 4-H Club and worked extensively with the Canyon County Extension Service and 4-H children’s livestock and home economics programs.  She was a dedicated 4-H Leader for over 10 years and was an integral part of growing the 4-H Club to over 60 members.  Janet had a true passion for ranching and was always willing to educate others about the fine art of raising livestock.  She lovingly donated countless hours to the organization and truly made a difference in her community.

Janet established, Webb Sheep, in Nampa, Idaho.  This ranch began with a small number of lambs, and quickly grew, at its height, to over 250 head of sheep.   Her focus was raising registered Suffolk’s that initially supported her daughter’s 4-H project and later became a business that reached well beyond the local 4-H community.   Janet took the business one step further and developed, Shepherd’s Sausage.  She spent countless hours developing recipes, partnering with local businesses to produce the product, and marketing the brand.

Janet was selfless and often placed others’ needs before her own. She was always willing to lend a hand, gave freely of her time and shared her talents.  Her neighbors and life-long friendships were amongst her most cherished and she considered those close relationships as family.  She enjoyed making a meal or creating a flower arrangement to show her concern for someone facing challenges.  She was also fiercely independent, proud  and lived her life in her own way.   She dedicated her life to raising her daughter and lovingly caring for her mother until she passed in 2011.  She would tell anyone the greatest gifts she had ever been given are her two grandchildren, Carter and Brixton.  She will be warmly remembered as loving, kind and generous.

She was proceeded in death by her father Albert N. Decker, her mother Mildred P. Decker, and brother, Dale Walter Decker.  She is survived by her daughter, Jamie Webb and grandsons, Carter Scott, and Brixton Scott of Denver, Colorado.  A Memorial Service will be held, Friday, October 7th, 2022 at Summers Funeral Home, 3629 East Ustick Road, Meridian, Idaho.  Internment will be at the Mountain View Cemetery, Dillon, Montana at a date to be determined.

To send flowers to the family or plant a tree in memory of Janet Webb, please visit Tribute Store
Friday
7
October