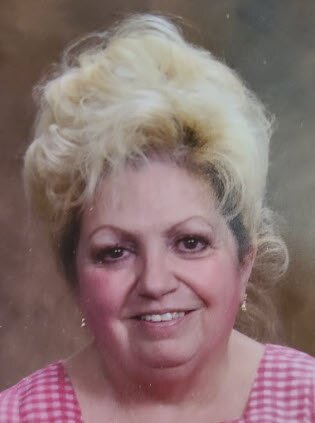 Please click on the link below to view the service livestream:

Evelyn was born on Wednesday, March 26th, 1947 to Mary Ruth Simmons and Holmes “Bud” Wolfe in Baker, Oregon.  Evelyn was the third of three daughters.  At the age of 22 months, her mother met Robert G. Vaden and they married on May 8, 1950 in Mississippi.  In April of 1974, Evelyn and her sisters Bonnie and Marilyn, officially adopted Bob as their father in what Evelyn always referred to as one of the greatest days of their lives.

They all lived in Baker until 1954 when Bob returned to teaching and a job opened up in Arock, Oregon.  The family moved to Shoshone in 1955 when Evelyn was 8.  She continued to live in Shoshone until 1989 when the family moved to Twin Falls.

Evelyn attended elementary and high school in Shoshone and graduated in 1965.  She enrolled at the Barber and Beauty College in Twin Falls and became a licensed Cosmetologist.  A certificate she kept current until the time of her death.

Evelyn met John Lalliss of Buhl the summer of 1965 at an LDS church dance.  They later married on October 1, 1966 and enjoyed nearly 56 years of adventures, challenges, building a beautiful family, and love.  They built a home in Shoshone in 1969 and lived there until its sale around Christmas of 1989.

Evelyn and John have 2 daughters:  Lisa and Lynette.  Evelyn was very active in both daughter’s activities and encouraged her daughters to savor and appreciate the fine arts with sharing her talents and love of anything crafty:  painting, drawing, music (she played 11 different instruments), sewing, crocheting, knitting, embroidery (like candlewicking and cross stitch), ceramics, cooking and baking.  Evelyn was one of the main adults involved with Mrs. Juanita Neher’s Enrichment Block classes on Friday afternoons at the elementary school.  She was always willing to learn a new skill and shared that learning with students.  Many students learned how to play chess, make soap, cook tempura, draw, paint, tole paint, sewing and any classes that needed an adult leader through the many years she volunteered to teach such classes.

She could measure her daughters for dresses, costumes, etc. and the next morning, just like magic, there would be a completely finished garment hanging on the back door.  She had a super special talent for making Barbie clothes.  Even the ability to sew tutus in a speeding car enroute to dress rehearsal.  She just had such a talent to make something from a drawing or picture and was regularly asked where she bought clothes that she designed and made for herself.  She has a closet of some of the most beautiful gowns and lacy blouses she designed and handmade.   She passed this skill on to both of her daughters and granddaughter.

Evelyn was a member of various Eastern Star Chapters in Idaho and Nevada since the age of 18.  She was also very active in Job’s Daughters as a member in Jerome and then as an adult in Shoshone and Twin Falls holding various council positions.  She held the position of Bethel Guardian in Shoshone the most and was Grand Musician several times.

Evelyn played piano for the Shoshone Rotary Club on Wednesdays for 17 years, various churches and funerals and was the accompanist for the Shoshone Junior and Senior High Choirs, soloists and small groups for nearly 20 years.  She also filled in as substitute teacher for just about any class in the high school.  Evelyn enjoyed working with youth and always was ready to add another plate to the table or pillow and bedding to the couch should a student need a safe haven.

She was an actress with the Northside Players in Jerome for “The Music Man” and "Guys and Dolls" and with the Dilettantes in Twin Falls in “Annie” and “Oliver”.  Evelyn and her daughter Lynette, were extras in the casino scene near the end of Sister Act.  You can see her full face a couple of times as the nuns are running through the casino right after they split up and scatter.  She had a beautiful singing voice and missed an audition to be a backup singer with the Osmonds at their studios, due to a snowstorm.

In 1988 she decided to further her education and enrolled as a freshman at CSI in Twin Falls.  She showed great courage and tenacity going back to school as a “Non-traditional student” yet made a slew of friends both in the student ranks as well as the administration.

Following her graduation from CSI in 1992, Evelyn adventured to UNR in Reno to further her studies in English Rhetoric and Composition with a minor in Art.  She graduated with a BA in 1994.  Through her time as a collegiate, she became the official team tutor for the men’s basketball teams at both CSI and UNR.  Anyone who knew or met her would get blessed with various stories of one of her most proud sections of her life.

She returned to Twin Falls to pursue employment with First Security Bank which eventually brought her to Boise in 1997.  Her husband John, joined her shortly thereafter and became the Body Shop Manager at Larry Miller Dodge.  She also worked for Century Link as a Customer Service Specialist.

Evelyn was a member of Red Hats Society Chapter Ravishing Rubies in Meridian.  She enjoyed game day and the friendships found with these ladies.

Evelyn doted on her “grandbabies” John and Arlee.  She never missed a performance, art show, concert, play, fundraising event, soccer match, flag football game, graduation or Jobie activity. She was their loudest cheerleader!   She made everything special and enjoyed spending time with them making things, playing games, assembling puzzles, crafting, singing, playing the piano or any shenanigan she would come up with.  She took care of them during a Legislative session in 2005 while Lisa was working as a Committee Secretary.  Her “grandbabies” have endless fond memories of giggles, books, singing, love and fun.  She always had a lap, a song, or a back rub available and never failed to tell them how much they meant to her or how proud she was of them.

Evelyn is survived by her husband of nearly 56 years John, her daughters Lisa Lalliss-Skogsberg (Steve) of Meridian and Lynette of Boise; her sisters Bonnie Jepson of Galt, California and Marilyn Schaefer of Sparks, Nevada; grandchildren John and Arlee Skogsberg of Meridian; brothers and sisters-in-laws, nieces, nephews, many cousins in the southern states; and countless friends she has made along the way.

Services will be held Friday, September 30th at 2:00 p.m at the Summers Funeral Home Ustick Chapel at 3629 E. Ustick Road.  You may also join us in the livestream from their website if you aren’t able to attend in person.

To send flowers to the family or plant a tree in memory of F. Evelyn Lalliss, please visit Tribute Store

Share Your Memory of
F. Evelyn
Upload Your Memory View All Memories
Be the first to upload a memory!
Share A Memory
Send Flowers