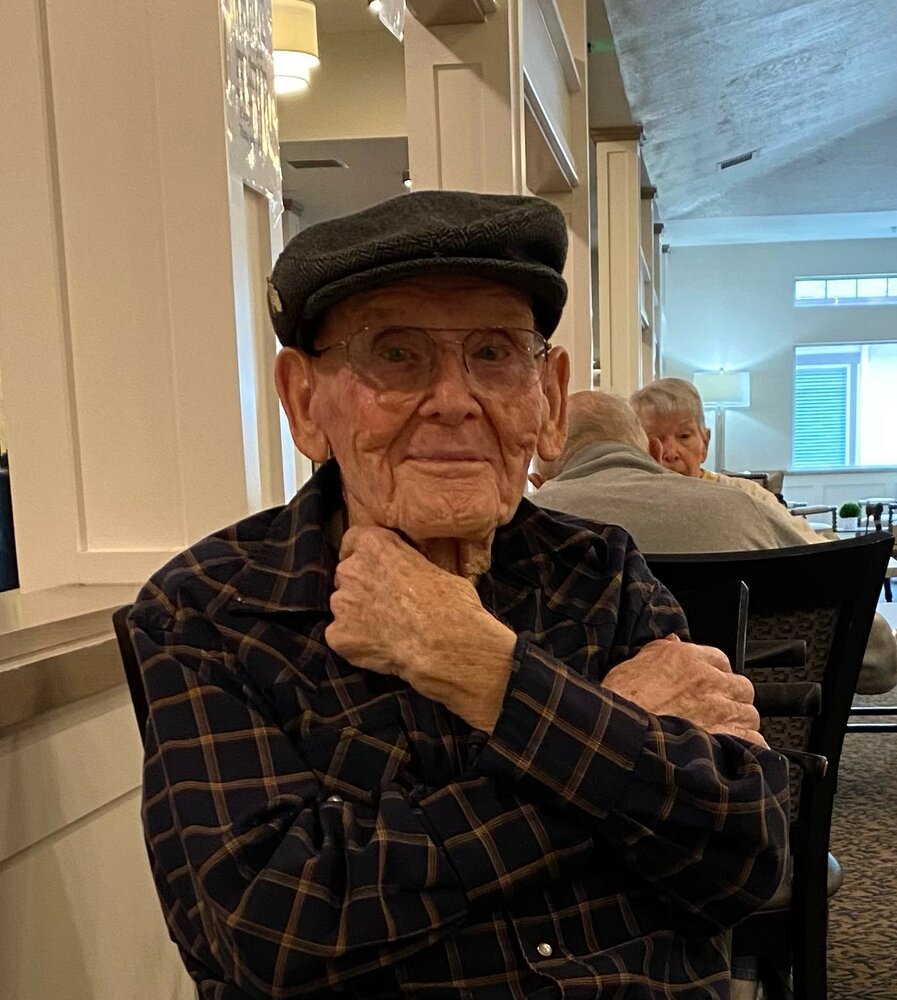 Please click the link below to view the livestream services:

Russell Dale Smith of Eagle, Idaho passed away peacefully on September 8, 2022. Russ was born August 19, 1926, in North Bend, Oregon to John Victor and Alice Eddy Smith where he enjoyed his childhood. He joined the US Merchant Marines in 1944 where he served for 2 years and was discharged in 1946. Then moved on to work at Pendleton Woolen Mills and the Liberty Theatre until 1955 when he joined Clark County, in Vancouver, Washington as a Deputy Sheriff.

Russ met his wife Betty, and they were married in 1968 in Washougal, Washington, Betty brought 4 beautiful children and Russ brought 1 daughter to their union.

Russ continued to work as a Deputy Sheriff until his retirement in 1979. Russ could not stay retired for long in two weeks he was working at the Clark County Coroner's office and retired again in 1993.

After his retirement Russ and Betty served in Salt Lake City, Utah as missionaries at the Granite Mountain Records Vault. Their love to serve continued until his death. This was apparent since he continued to minister at the Foxtail Senior Living during COVID restrictions, where he resided since 2020. Russ was admired and loved by the residents and staff at Foxtail.

To send flowers to the family or plant a tree in memory of Russell Smith, please visit Tribute Store
Tuesday
20
September

Share Your Memory of
Russell
Upload Your Memory View All Memories
Be the first to upload a memory!
Share A Memory
Send Flowers