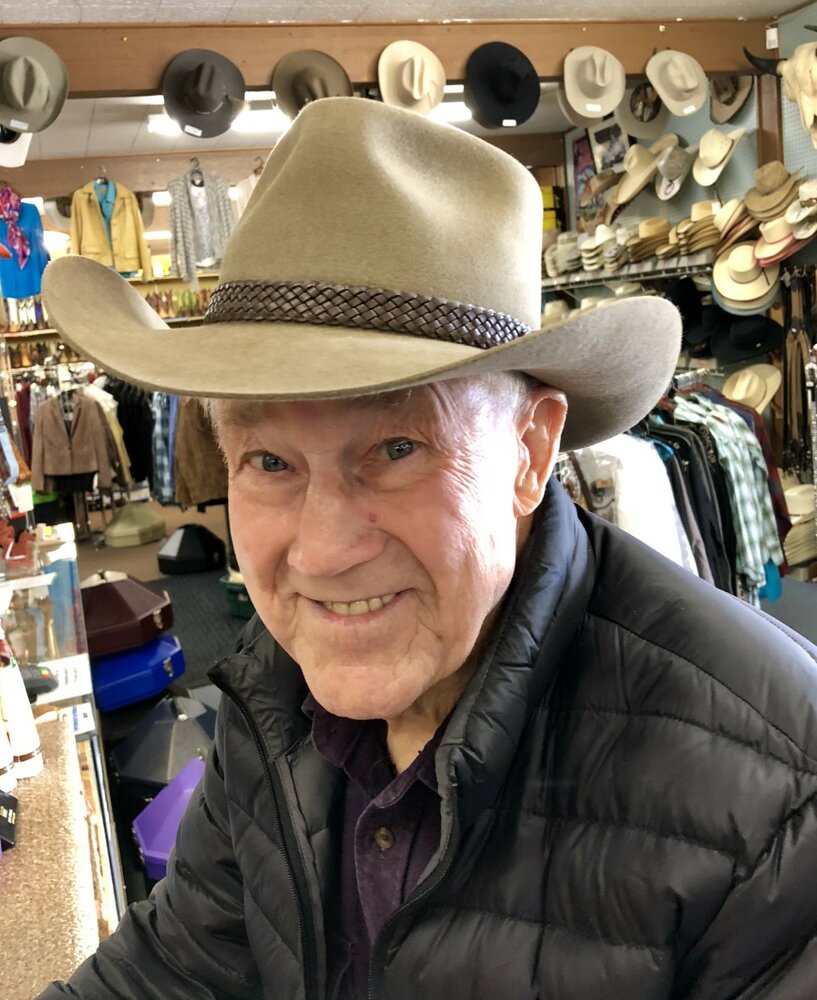 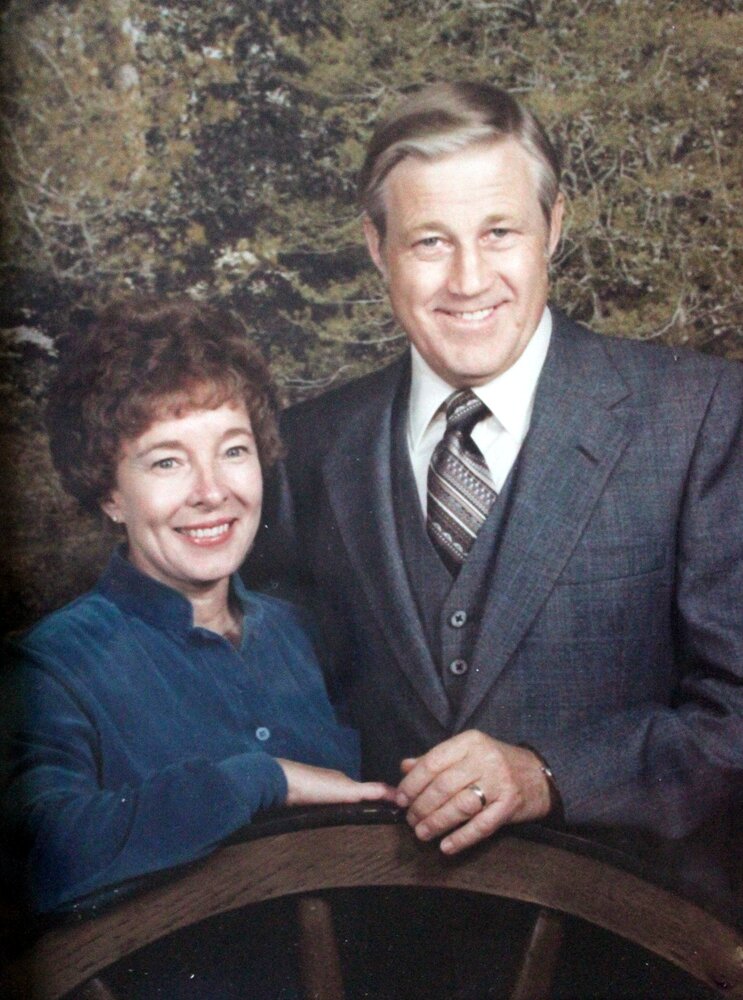 Our dad, Donald R. Jedlick, age 92, passed away peacefully on August 20, 2022. Don was born in Idaho Falls, Idaho on September 7, 1929. He lived with various family members as an infant before he was finally placed in the loving care of his “mom and dad,” Myrtle and John J. Jedlick, Sr. as a toddler. He was very close to his sister, Dorothy Jedlick Broyles who passed away in 2009.

Don grew up at the feet of his mom who worked hard tending their bar and his father who started a custom hand-rolled cigar factory. His strong work ethic began at age twelve when he began selling newspapers and shining shoes on the streets of Boise. This "worldly" experience gave him the opportunity to make new connections and smoke his first cigarette! He attended St. Joseph's grade school and St. Theresa’s Academy where he played football and later attended BJC. He was a quiet and gentle person who had a heart of gold that was compassionate and understanding. He was a dedicated Catholic who volunteered for over 30 years as an Usher for St. John’s Cathedral. A niece of Don’s daughter aptly nicknamed him “Jesus” because of his genuine warmth and kind heart toward everyone.

While he was riding home on the city bus, at the tender age of seventeen, he met the girl of his dreams and the true and only love of his life, Irene Reed (Jedlick). Apparently, it was love at first sight for both and the two were inseparable from that point forward. They were married two years later in the Fall of 1948. Together, they began their journey of adventure, discovery and family. Theirs was a story of true love and true devotion – they could do ANYTHING together and did just that for 64 1/2 years.

Don shared endless adventures and projects with his wife, Irene, from building a color TV from a kit, remodeling a camper, to carving and painting beautiful wooden ducks and fish… no project was too big or complicated for the two of them to undertake. Don became an accomplished woodworker and really enjoyed turning wooden bowls, building cabinets, shelves and repairing just about any piece of furniture that was brought to him or that he found discarded in the trash!

Don and Irene had two children, John Joseph Jedlick and Debra Ann Jedlick Alvord. Don was a dedicated father and treasured his kids. As a young father, he loved the outdoors and shared many hunting, fishing and camping experiences with them. Don was a homebody and loved the "nest" he built. He would do anything for anybody without hesitation, he was always there! Don’s deep love for his family extended to his 6 grandchildren, 12 great grandchildren, 6 nieces and 5 nephews. He was truly most comfortable in the company of others, especially his family. He was so proud of his family and just loved every moment he shared with them. It wasn’t unusual for Don to hold down multiple odd jobs to provide for his family. He began working for Mountain Bell Telephone Company at age 20 and worked in various capacities from a lineman, a communications engineer to a supervisory position until he retired in 1982. He always felt fortunate to work with and for a lot of good people throughout his career.

Don adored his many neighborhood friends. Our family is truly grateful for all who checked in on Don, brought him treats, visited, fixed leaks, played music for him and helped him in so many ways. A special thanks to Andy Johnson and his family for faithfully mowing and trimming Don's lawn for years! You all helped Don stay independent, engaged and happy in his own home until his last day.

After Don’s great love, Irene passed in 2013, he worked hard to keep his mind occupied and stay busy. To fill that void, he took computer and "stretch and groan" classes at the Boise Senior Center where he quickly made more friends. He was an avid reader, loved any Western movie available and had an impressive daily exercise routine. He adopted a canine buddy aptly named Joy, who brought him great comfort, entertainment and company.

Dad always marveled that the Dog slept on the bed with him and snored just like Irene; we’re pretty sure Mom arranged that one! A second dog named ,Sophie, was adopted shortly after Joy passed away earlier this year. Once again, another faithful, loving companion was quickly integrated into his active life and by his side until the end. Don began to play the guitar at age 80 which resulted in a renewed passion for music and making more wonderful friends. A special thanks to Keith, Stan, Antonio, Paul, Blake, Gayla and so many others who generously shared their love and knowledge of music with Don. The Fiddle Festival in Weiser as well as any jam or hoedown sent him grinning, singing and tapping his toes.

Don’s quiet compassion and generosity helped many people get on their feet and find their way through school and life’s pressures and problem. He was a superb and patient listener and when asked, gave down-to-earth and realistic advice mostly due to his strong moral compass.

The family wishes to convey their heartfelt appreciation to Dr. Tim Nelson and Dr. Alina Robert for making every visit personable and encouraging. In addition, we are especially grateful to the St. Luke's ER team of doctors and nurses for their sensitive and respectful care and support given to Don and his family in his final hours.

In lieu of flowers, the family requests that memorials be directed to a charity of your own choice or to the St. Luke’s Children’s Hospital.

To send flowers to the family or plant a tree in memory of Donald Jedlick, please visit Tribute Store
Saturday
17
September

Share Your Memory of
Donald
Upload Your Memory View All Memories
Be the first to upload a memory!
Share A Memory
Send Flowers