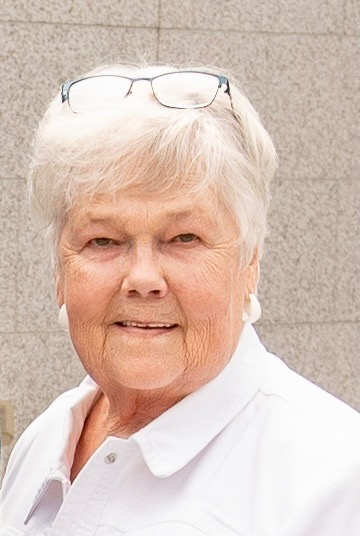 Please click the link below to view the services:

Judith Lael Anderson passed away at her home in Boise, Idaho, on August 15, 2022.  Judy, the youngest of three children and the only daughter, was born March 7, 1941, to Floyd Stubbs Evans and Lucy Pierson Evans in Pocatello, Idaho.  She met Lanford (Lanny) Anderson, “the perfect guy,” in September 1955 and, although they were told they were “too young,” they married in Pocatello on November 1, 1956.  Their favorite song to this day is “Too Young” by Nat King Cole.

During their time in Pocatello, they had four children: LaMont, Richard, Tracy, and Peggy.  Lanny and Judy purchased their first home in 1961.  Home was the most important thing in her life because that’s where families were established.    On January 15, 1964 Lanny and Judy were sealed for time and all eternity in the Idaho Falls Temple.  Throughout their time in Pocatello, Judy was called to serve in numerous positions in the Church of Jesus Christ of Latter-day Saints, including ward and stake positions.  She also enjoyed going camping and boating.

In 1976, Lanny was promoted to be the postmaster in Weston, Idaho.  During that time Judy began working outside the home in various positions in Cache Valley and continued serving in multiple church callings.  In 1986, Lanny was once again promoted and they moved to Driggs, Idaho.  Judy began working for a title company as a title officer and was elected to serve as a school board member for the Teton School District.  She continued to serve in multiple church positions.  During their stay in Driggs, Judy and Lanny cared for both of her parents while they were ill; both passed away during that time.

In 1992, Lanny was transferred to be the postmaster in Horseshoe Bend.  They purchased a home in Boise where they have lived ever since.  In 2016, Judy and Lanny were called to serve a church service mission at Pinetop campground, where they served two seasons.  They also served as temple workers in the Boise Temple.

Judy wrote in her partial life history that she would want her family to always remember that she loves each one of them very much and her “happiest times are when we are together as a family.”

To send flowers to the family or plant a tree in memory of Judith Anderson, please visit Tribute Store
Monday
22
August

Share Your Memory of
Judith
Upload Your Memory View All Memories
Be the first to upload a memory!
Share A Memory
Send Flowers