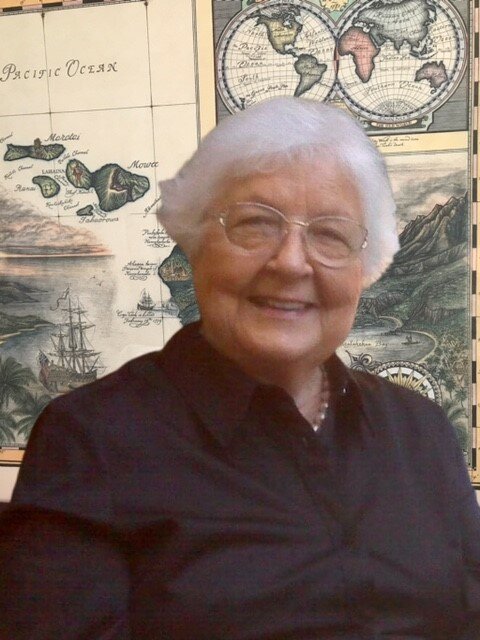 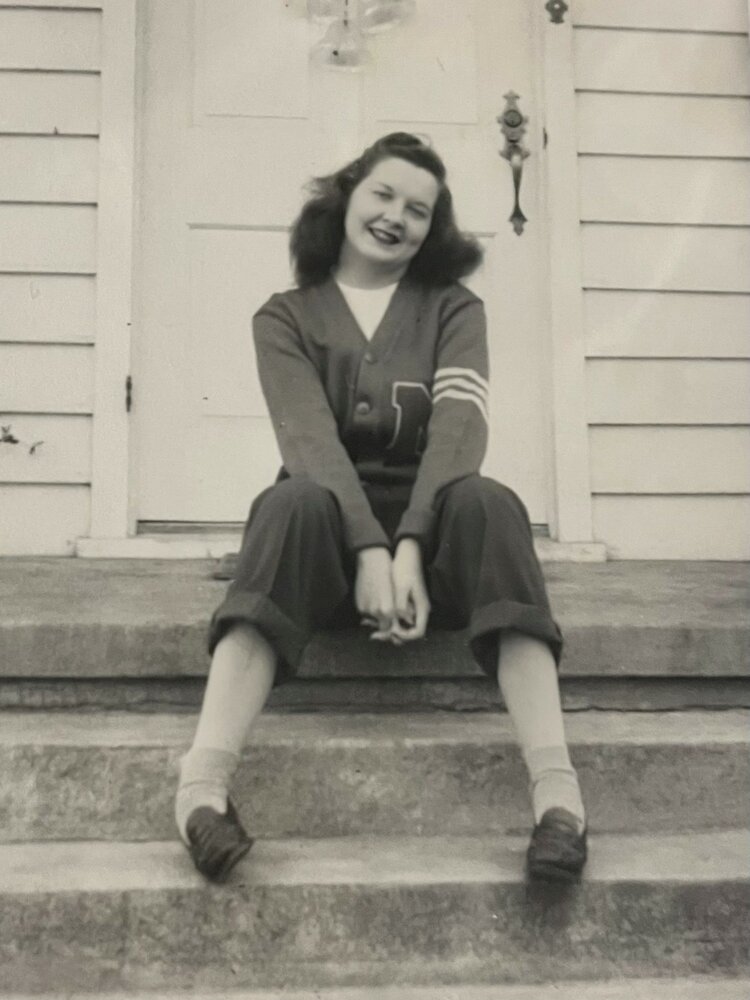 Helen Eileen Sallee Stunz died on August 9, 2022 in Meridian, ID after a brief illness.  Helen was born on January 14, 1926 in Idaho Falls, ID to Mabel Edholm Sallee and Arthur Calvert Sallee, joining a sister, Lucille.  During her childhood she attended schools in many states, including California, Colorado (where sister Mardi was born), Missouri, Utah, Wyoming and Idaho.  Her father worked in the grocery business, moving frequently to set up new supermarkets for Safeway.  When Helen was in the 8th grade, the family moved to Nyssa, Oregon where her father operated his own grocery store, the Food Mart.

Helen was an excellent student; her favorite subjects were English and music. She had a beautiful alto voice and was encouraged to perform solos by her high school choir teacher.  Helen was also a good dancer.  She was editor of the school newspaper and president of the NHS Senior Class of 1943.

Helen attended Oregon State College for three years, majoring in English.  She was a member of Gamma Phi Beta sorority.  Helen married Emil Gene Stunz on June 30, 1946 in Nyssa.  They were classmates at Nyssa High School and had started dating after riding on the bus together to Corvallis their freshman year in college.  They lived in Nyssa, where Gene was a partner in Stunz Lumber.

Helen moved to National City, CA with their two daughters, Suzanne and Joan Elizabeth (Betsy), to be near the west coast port when Gene was called to active duty in the Navy during the Korean War.  After his term of service ended, the family moved back to Nyssa.  In 1956, the family (now including Laurie) moved to Salem, OR where Gene attended law school at Willamette University.  The family returned to Nyssa in 1959, where Eric was born.

Helen was an essential partner to Gene.  She managed the home and family, allowing him the flexibility to devote attention to his law practice and many other endeavors.  Helen and Gene had a close group of friends with whom they played bridge for many years.  As they had more free time in their later years they travelled extensively, and kept the far-flung family connected with their visits.  They especially enjoyed the Sun Valley Jazz Festival which they attended faithfully.  They lived in Hawaii during the winters for a few years, and moved from Nyssa to Boise in 2007, where they resided before moving to Touchmark in Meridian.

Helen had a lifelong love of reading.  She had a delightful sense of humor, and a complex working vocabulary that was unrivaled.  Helen was an empathetic mother, wife, daughter, sister and friend.  Her children remember that she was enthusiastic about their achievements and aspirations; quick to console them when they faltered.  She is remembered fondly by her four children: Suzanne Baldwin (Jim) of Boise, Betsy Stunz of Tucson, AZ, Laurie Stunz (Tom Mittman) of Iowa City, IA, Eric Stunz (Lisa) of Meridian, ID;  her sister Mardi Larson of Nampa, 11 grandchildren, 10 great grandchildren, many nieces and nephews, and Vong and Dan Toan of Davis, CA, who lived with Gene and Helen while attending high school in Nyssa.

Helen’s family is grateful to the wonderful staff at Touchmark, and Keystone Hospice who helped to care for her in her final days.  In lieu of flowers, the family requests that memorials be directed to Doctors without Borders, Idaho Food Bank, or a charity of your choice. A private family graveside service will be held at a later date.

To send flowers to the family or plant a tree in memory of Helen Stunz, please visit Tribute Store

To be held at a later date