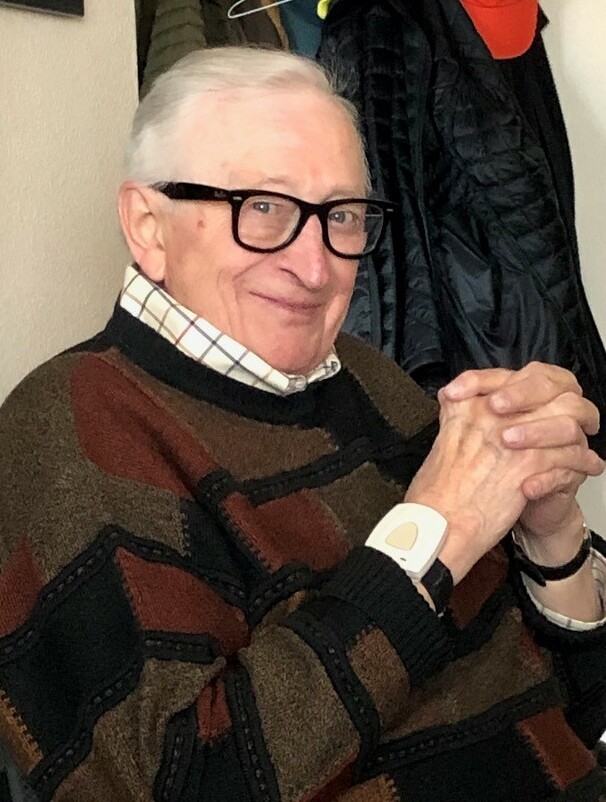 Born in McMinnville, Oregon to Walter Lee and Naomi Gertrude Trent, Bob Trent went home to be with his beloved wife, parents, grandparents, son,  daughter and other family members on August 1st, 2022.  A man beloved by all, his early years were spent on the family dairy farm in McMinnville and attending school. At the age of 18, he enlisted in the United States Coast Guard serving three years receiving an honorable discharge.  He met the love of his life, Marjory Agnes Young, in 1949 and they married later that year; a marriage that lasted just shy of 70 years.  After his military service, Bob worked as a meat cutter before becoming a route salesman for Franz Bakery. He co-owned a grocery store before rejoining Franz Bakery in management. Pursuing their business interests, Bob and Marge opened a very successful restaurant at the Oregon coast.  In the later point of his career, Bob was a General Manager for Dutch Girl Ice Cream and then Darigold in Eugene.  When not working, Bob loved to spend time at his ranch hunting upland game and waterfowl.  His final years were spent in Meridian, Idaho.

A Celebration of Life is planned at Touchmark at Meadow Lake, 4037 E Clocktower Lane, Meridian ID on September 16th at 11 am.

To send flowers to the family or plant a tree in memory of James Trent, please visit Tribute Store
Friday
16
September

Share Your Memory of
James
Upload Your Memory View All Memories
Be the first to upload a memory!
Share A Memory
Send Flowers