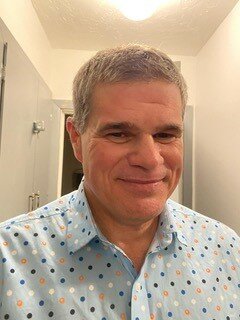 “Cort brought joy and laughter into people’s lives. I have never laughed so hard as when I was with my older brother.”

Cort was born in Boise on February 16, 1973, to Beverly Merrill and Gary Davis. He attended several schools in the Boise area including Borah High School until 1991.  He later completed his GED after moving to Phoenix to be near his mother and sister.

Cort married Crystal Reyes in the early 1990’s and together they had three children, Jakob, 27, Justin, 25 and Ashley, 22.  He and Crystal were later divorced.

Cort was employed for many years in the Phoenix area doing both construction as well as heating and air conditioning work.  In 1994, he and his family moved to Boise where he began working for his dad at D&D Lawn Sprinkling.  For many years, Cort worked for his dad as well as other landscape contractors in the area, learning the business before moving back to Phoenix with his family.

Cort later returned to Boise, and again worked on and off with his dad for D&D Lawn Sprinkling until 2017 when he took over the company and ran it until his passing.

In 2016, Cort had a fourth child Gauge, with Katie Lutes, almost six years old. Gauge was a warm spot in Cort’s heart.

Cort is survived by his children, Jakob (Julia) of Denver and his grandchild Kaden, 3 years old, Justin and Ashley of Phoenix, Gauge of Emmett, his dad, Gary and his younger brothers Keaton and Kendall of Boise, his sister Rayme (Blake Briscoe) of Phoenix, his niece Mallory, and nephews Ethan and Quinton along with aunts, uncles and many cousins. He will be remembered fondly by his friends, especially Morgan, his lifelong buddy.

“My favorite memory of my older brother was rekindling our relationship when he came back to Boise.”

His dad will miss him terribly.  “I am thankful for the past year that I got to really know him.  He was an extraordinary human being.”

His sister, Rayme, is deeply saddened by his loss and will remember the little boy in his t-ball uniform.

Annie, his distant cousin and childhood caregiver remembers how much Cort, as a child, loved exploring the area he grew up in, nearby ghost towns, going to museums, historical homes, the zoo and parks, and taking advantage of all the adventures to be had on the river and greenbelt.

It was his ability to make others laugh that marks his memory. “We will all miss Cort’s laugh and loud voice and his many four-letter words that he was known for. Cort was a great, sharing, and funny man who will never be replaced.”

While Cort’s life was often filled with struggle, he maintained his smile and he made people laugh.  That’s how he will be remembered.

“Fly high with the angels, Cort, until we meet again.” (Keaton)

To send flowers to the family or plant a tree in memory of Merrill Davis, please visit Tribute Store

Share Your Memory of
Merrill
Upload Your Memory View All Memories
Be the first to upload a memory!
Share A Memory
Send Flowers