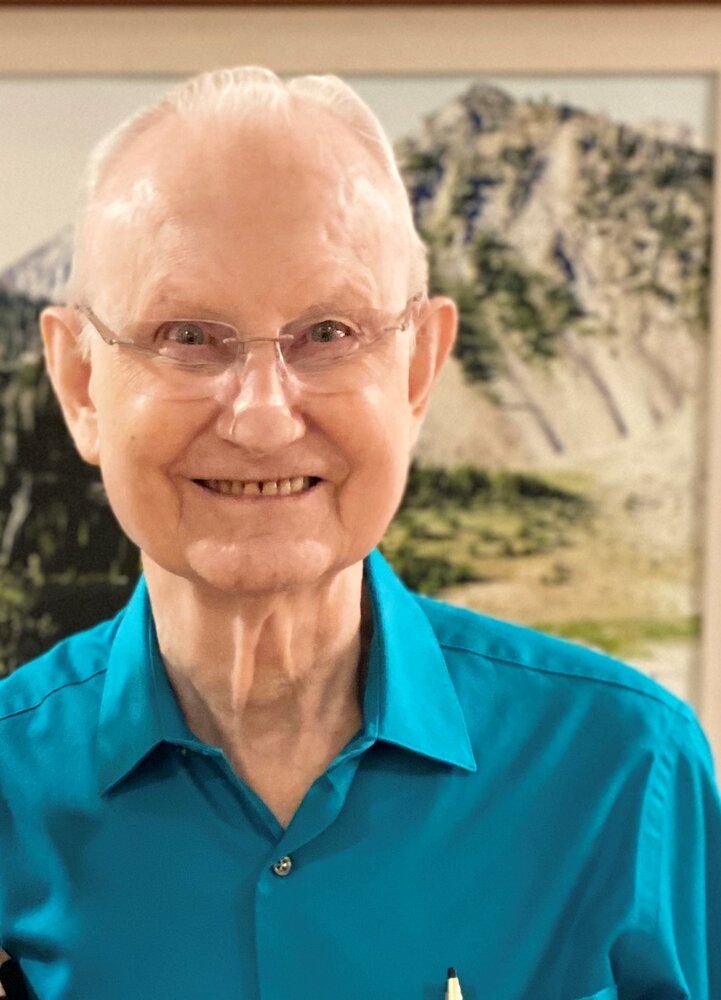 Roland Travis Barton 87 of Meridian, Idaho passed away after a long, courageous battle with cancer on July 21, 2022.  Roland was born on June 20, 1935 in Hebbronville. Texas.

He attended Texas Tech and then Abilene Christian College where he met his wife Ann.  They were married on March 26th, 1955 and they loved each other deeply unitl this day.

Roland had a tenacious work ethic and an ability to win friends easily, developing long term relationships and friendships.  He was featured in the 1967 edition of Outstanding Personalities of the South for his achievements and service to his community and state.  He served on the Chamber of Commerce livestock committee and treasurer for the Rotary Club in Hereford, TX

Work as Agri Lines Corporation General Manager in Parma led him to Idaho in 1972 where the family quickly embraced camping, fishing, and snowmobiling in the Idaho outdoors.  One of his favorite places was Redfish Lake near Stanley, Idaho.

Roland was a devout Christian who served as a deacon and elder in the Church of Christ.  His love for the Lord was evident in every aspect of his life.  He taught the Bible through distance learning at the World English Institute and World Bible School.

Roland is survived by his wife, Anna Faye, daughter LaQuinta Bates (Michael), and  grandchildren Miste Karlfeldt (Michael), Phil Bates (Chelsi), Conner Bates (Kylie), Jason Barton (Shantel), and Jerod Barton (Nichole) and 12 great grandchildren, all who were the loves of his life.  He was preceded in death by his parents OT and Jewel Barton, and son Craig Barton.

A memorial service will be conducted at the Linder Road Church of Christ in Meridian on Tuesday, July 26th at 11:30 am.

In lieu of flowers please consider a charitable donation to the World Bible School.

To send flowers to the family or plant a tree in memory of Roland Barton, please visit Tribute Store
Tuesday
26
July

Share Your Memory of
Roland
Upload Your Memory View All Memories
Be the first to upload a memory!
Share A Memory
Send Flowers