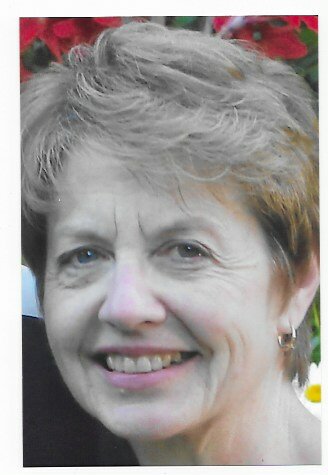 Rhoby Kathleen Swartley, 77, was born on November 4, 1944, in Pasadena, California to Richard and Florence Fleer.   She died peacefully on July 20, 2022, of natural causes. She spent her early years in southern California.  In the second grade she appeared on the Art Linkletter radio show.

After a brief stop in San Mateo, her family, which now included younger brother Bob, moved to Portland, Oregon.  There she finished grade school and graduated from Grant High School in 1962.  Following the advice of her pastor she came to Idaho and attended the College of Idaho.  She served as student body vice-president and was active in many aspects of the college.  During her senior year, in parasitology class, she met a fellow student, Jim Swartley.

Rhoby and Jim were married on June 17,1966 and they moved back to Portland where Jim attended medical school.  Rhoby finished her teaching degree and taught physical science in Oregon City for 3 years.

Rhoby and Jim then moved to San Jose for his internship.  Appropriately, son David, was born on Labor Day 1970.  They next moved to RAF Lakenheath, England where Jim was an Air Force general medical officer.  The highlight of the tour was the birth of son Bill in January 1973.  The family returned to Seattle in 1974 while Jim completed an ophthalmology residency.

They then moved to Boise in June 1977 where Rhoby has lived until her death.  Rhoby was trying to take the boys to church after they arrived.  She got lost but knew where the First Presbyterian Church was, so she took them there.  She has had a close association with the church ever since.  She ultimately went to work at the church as Christian Education Director.  She has served in many other volunteer capacities over the years.  Those include President of the Assistance League of Boise, Chairperson of the Literacy Lab, President of the Alumni Association of the College of Idaho, and was honored as the Soroptimist Woman of Distinction in 2003.  She enjoyed tennis, bridge, travel, and being a grandmother. She was an active member of BN Chapter of P.E.O.

She was preceded in death by her parents, Dick and Flo Fleer.  She is survived by her husband, Jim, of Boise, sons David (Merritt) and Bill (Kate) both of Boise, brother Bob (Margo) of Bellingham, WA, and granddaughters Avery, London, Langley, and Mercer all of Boise.

A celebration of Rhoby’s life will be held at the First Presbyterian Church of Boise on Friday, August 5, 2022, at 10:30 am with a reception at Crane Creek Country Club to follow.  In lieu of flowers please consider a donation to the Assistance League of Boise, the Learning Lab, the Delay the Disease program at the YMCA, or your favorite charity. v

To send flowers to the family or plant a tree in memory of Rhoby Swartley, please visit Tribute Store
Friday
5
August

Share Your Memory of
Rhoby
Upload Your Memory View All Memories
Be the first to upload a memory!
Share A Memory
Send Flowers