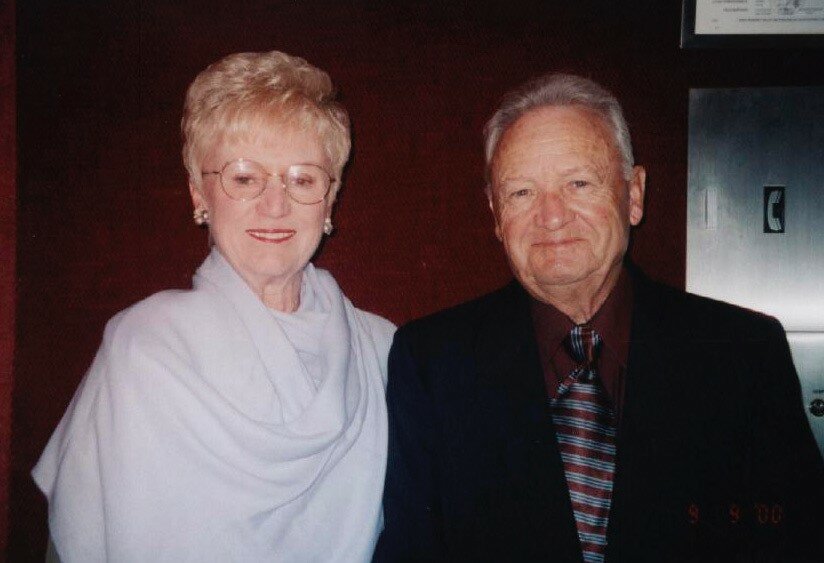 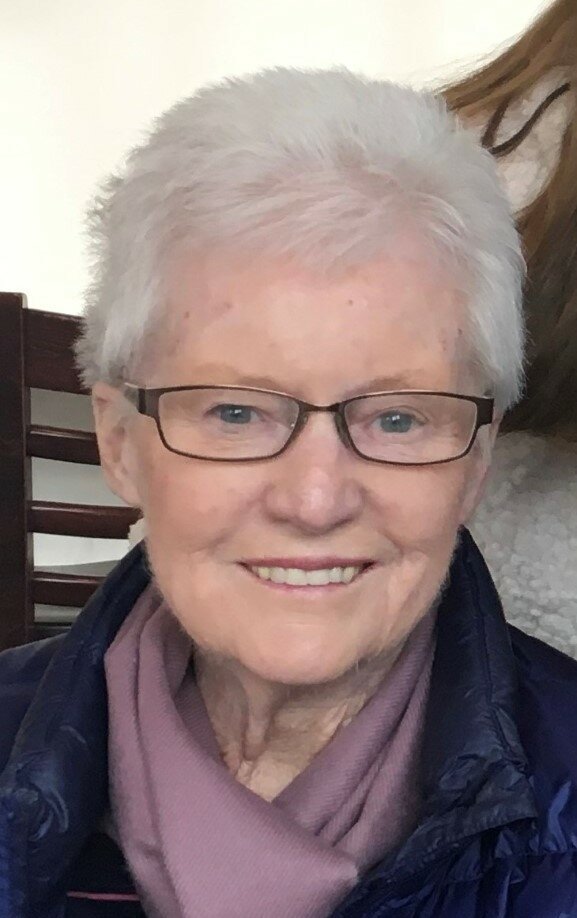 It is with such heavy hearts and great reluctance that we say goodbye to the amazing person that was Terry Veasy. She was a true maverick, and lived her 93 years with purpose, humor, patience, and optimism. She will be loved and remembered by everyone she met.

Terry joins George, her beloved husband of nearly 70 years, who passed through the pearly gates in Nov 2020. Together, through a true partnership of parenting, love, and mutual respect seldom seen in any relationship, they raised 7 children. Truly a love story for the ages, the examples set by Terry and George are inspiring for all.

Terry grew up in the Bay Area and graduated from University of California Berkley where she was a Political Science major. A difficult and truly impressive achievement in 1950! Terry and George were married in 1951, after both graduating from college. Later in life Terry would look at pictures and say “who gives themselves a home perm the day before their wedding?”. She was never too proud to laugh at herself.

Terry and George lived most of their adult lives in Boise where they raised their 7 children. Throughout the child rearing years Terry was a true matriarch, running a tight ship as was necessary with all those kids. If you got “the look”, you knew you better move quickly. But through the years she softened both her reign and her viewpoints and was incredibly progressive for someone of her generation.

While you can imagine the significant investment required to raise 7 kids, Terry and George made it a priority to travel and spend time with friends. They had so many meaningful friendships, filled with fond stories and memories that will continue as their legacy. They were legends, for real.

Terry had an excellent memory, although she would say she only remembered unimportant things like what she’d eaten at a particular restaurant or was wearing to an event. But after a conversation with her you knew she was sharp as a tack! This quality would often come into play during minor debates with George (who gave them those Veasy mugs 30 years ago?) where we all knew mom was the correct one. Always.

Terry’s superior intelligence and knowledge of all things (like ALL things) made her a great conversationalist. Sports - she knew the players/scores/stats, plus details of their social status and relationships. Politics - don’t even try to keep up. Music – from oldies to current-day, she knew them all. Adam Lavine was a favorite of hers (can you blame her?) Netflix – her children would repeatedly seek her recommendations. Let’s just say you wanted her on your trivia team. Terry would suffer no fools and had a sense of humor to match her intellect. We can all only hope we inherit these qualities in our golden years!

Terry was always active and industrious. Impeccably dressed at all times, she had a flair for fashion, was a gourmet cook before the Food Network was even invented (Bobby Flay, not her favorite), and was a docent at the Boise Art Museum. Terry and George both loved music and to watch them dance was inspiring.

Some of Terry’s words/philosophies to live by:

• Never lose your sense of humor

• If you can read, you can cook

• Kids come from the factory that way, for better or worse

• Eat the cake, drink the wine, take the vacation

• Make an effort with your appearance

• If you’re going to do something you’re not supposed to, don’t get caught

Terry is survived by her 7 children and their spouses, including: Tom Veasy, Nancy and Mike Hanna, Pat and Angie Veasy, Claire and Larry Radford, Mary and Chris Butler, Ann and Dennis Kaill, and Molly and Chris Gray, in addition to 12 grandchildren and 7 great grandchildren.

The family would like to send a heartfelt thank you to Edgewood Plantation Place where both Terry and George resided the past five years and received excellent care by all staff members. Terry was continually appreciative and thankful for the kind care she received. To honor the incredible person Terry was, take a moment, raise your glasses, and say cheers for all the wisdom she has inspired.

Rest in peace Mom, you are the best!

There will be a celebration of life for both Terry and George on September 23, 2022 at 2:30 PM at Plantation Place.

To send flowers to the family or plant a tree in memory of Therese Veasy, please visit Tribute Store
Friday
23
September

Inurnment for Terry and George

Celebration of Life for Terry and George

Share Your Memory of
Therese
Upload Your Memory View All Memories
Be the first to upload a memory!
Share A Memory
Send Flowers