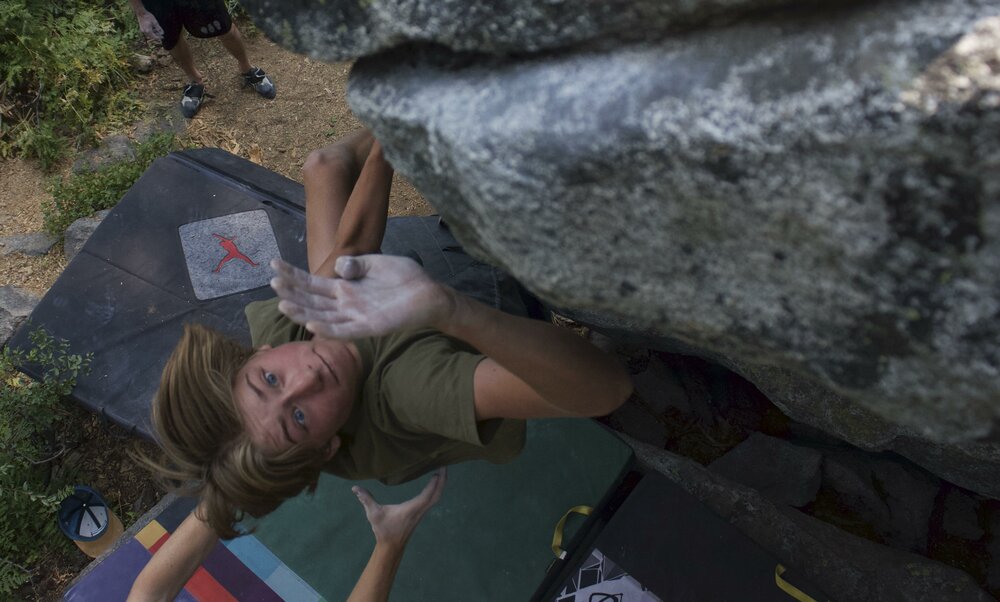 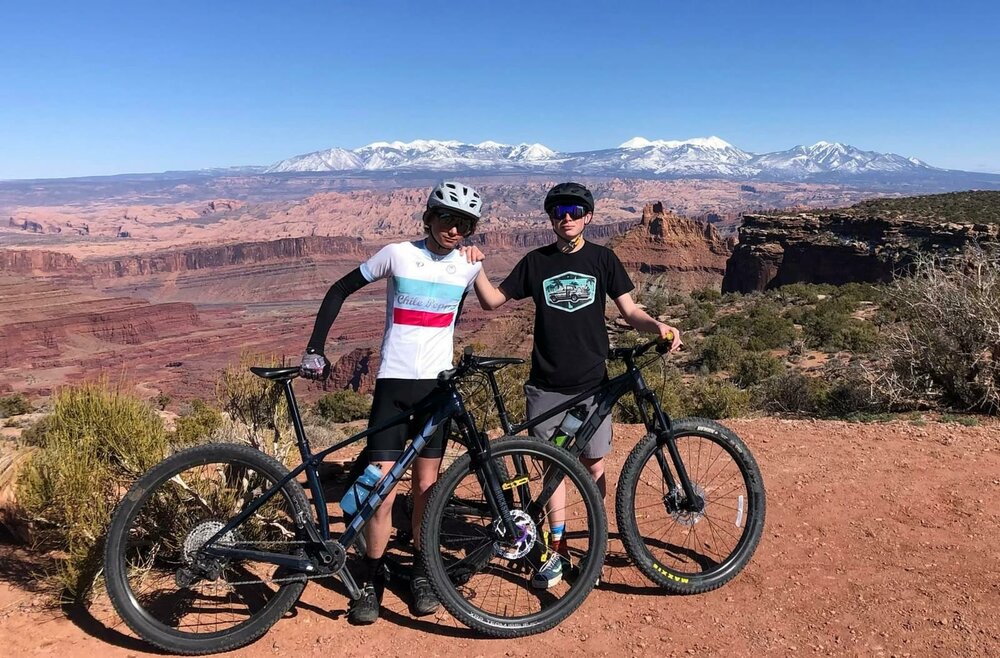 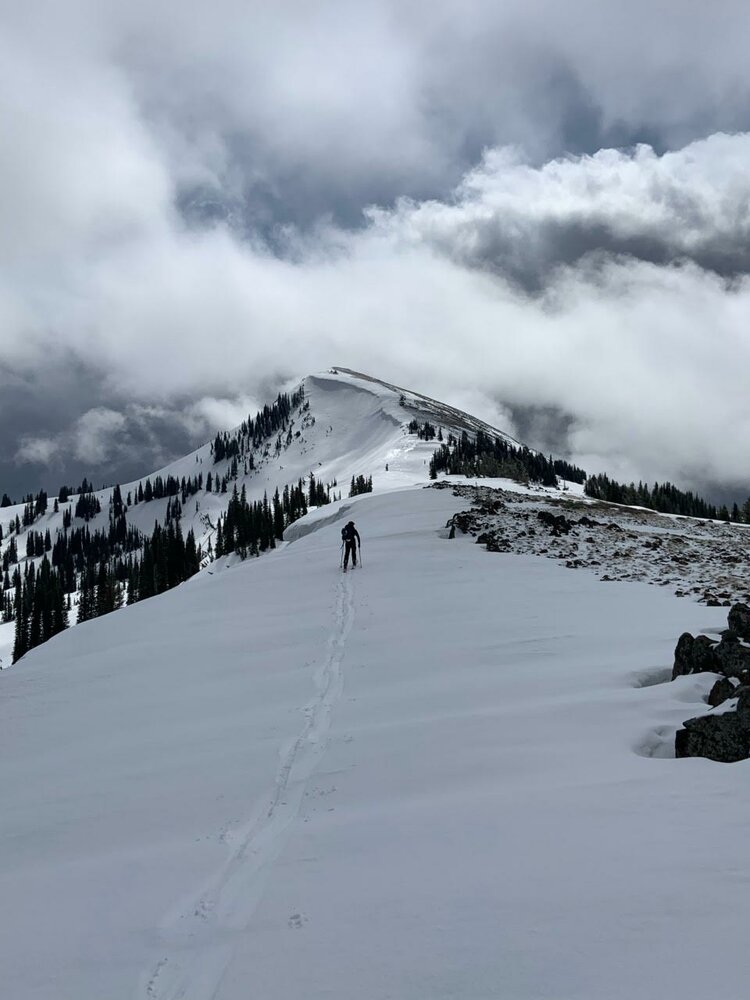 Henry Warner lived a life filled with adventure and purpose before he passed away in Boise on June 13, 2022, due to injuries sustained in an automobile accident.

Throughout his sixteen years, Henry possessed an inherent and likeable energy which naturally drew others to him. He personified “living in the moment” and inspired family and friends to do the same. Henry radiated comfort and joy to others, while simultaneously satisfying his need to see and touch and explore everything.

Born adventurous, Henry was up for anything and brought endless energy to every activity. As a toddler, Henry hiked with Kevin and their dog, Sonny, where they, at Henry’s insistence, climbed the highest hill in sight, took a long look around and returned to the bottom. He was satisfied, but only until the next time.

On November 4, 2008, Henry’s spectacular sister Ellen Augustina was born. While Henry could be both fun and annoying, he loved Ellen. They lived lives filled with play, travel, limitless activities, and friendship. Later in life, Henry made Ellen’s room his first stop when he came home so that they could catch up, or he could just pester her. Whether swimming together in Mexico or simply goofing around, Henry and Ellen were a team in motion. As their cross-country ski instructor, Coach Larry said, “Those kids have engines.”

Play was a constant with Henry, Ellen and their cousins who were blessed to live near one another, and Henry enjoyed special relationships with each of them. According to Vincent, “Henry made play out of everything.” They spent special time with their grandparents, traveled, explored, and had a blast. Henry and his cousins Gage and Vincent were especially close and regularly found time to spend together outside or playing video games.

Henry enjoyed loving and respectful relationships with his grandparents. He regularly rode his bike to visit Gordon and Jannine whose home held special memories including years of childcare and family holidays. His paternal grandparents, Gary and Darla, live in Washington, but that distance was overcome by spontaneous phone calls during which Henry did most of the talking! He was equally gracious and generous with neighbors and others in his community.

When Henry was in 4th grade, the National Park Service Centennial took the Warner family on the road. Over the course of two years, they visited many parks, starting with Arches and Canyonlands and continuing through others: Yellowstone, Grand Teton, Olympic Peninsula, Bryce, Grand Staircase, Rainier and more. While in Moab, Henry first tried rock climbing and mountain biking. The family shined at getting out and doing.

Later, Henry became involved with the Boise Climbing Team (BCT) and Coaches Brannon and Taylor. Though he was young, he “did the work” to earn adult experiences. Climbing taught important lessons in finesse, patience, control and practice. When Coach Taylor asked him to make his bed and drink a glass of water every morning, Henry did so. BCT was an integral part of Henry’s life. Here, Henry learned that preparation and challenging work were essentials to living an adventurous life.

Henry shared with his parents his top four priorities, in order: skiing, climbing, mountain biking and road biking. His parents remain hopeful that school was the fifth priority. However, Henry brought the same discipline to his studies as he did in play: he did the work every night and completed it, no matter what it was or what time he finished. At Bishop Kelly he was a member of the school Ski and Snowboard Team and Mountain Bike Team. A naturally strong mountain bike climber, being a member of the team gave Henry the time to practice and improve upon is downhill skills. Race weekend usually included camping with coaches and teammates, including his dear friend Braden.

Henry enjoyed many important friendships, including A.J. Rode, Clara Bishop, Braden Caldwell, Alex Johnson and Sofia Hanson. Henry and his close friends always had their eyes out for adventure and what could come next.

Henry started skiing at 3-years-old. From day one it became the love of his life. Never afraid of conditions or weather Henry was certain there was always time for one more run. In the winter of 2020 Henry and his friend A.J. pursued backcountry skiing. Hours of work, study and practice earned them both AIARE1 Avalanche Safety Certification. Recently, Henry and A.J. took an overnight trip to Council Mountain to ski the backcountry for the weekend, an experience earned from hard work with an incredible payoff.

Henry worked in his dream field, outdoor recreation, both at Bogus Basin Ski School and TREK Bicycles. His parents are thankful for the opportunity given to him to learn about hard work, commitment and the reward of a job well done.

From his first steps, Henry did not take the direct path from Point A to Point B. Instead, he zig-zagged to explore whatever he saw and whatever made him curious. Whether biking, climbing, skiing, or living, Henry knew the value of taking the line that needs to be taken.

He will be missed, loved and remembered, always.

Henry’s family would like to thank the emergency responders and staff of St. Alphonsus Trauma Center and the hundreds of people who have rallied to us, especially the members of the Bishop Kelly, St. Ignatius and Holy Apostles communities, as well as the community at large. Your support is a reflection of Henry and an important part of his legacy.

A Memorial Mass will be held on Tuesday, June 21, at 1:00pm at Holy Apostles Catholic Church in Meridian.

In lieu of flowers, the family requests donations to two of Henry’s favorite places in the world, Bogus Basin Mountain Recreation Area or the Ridge to Rivers Trail System in Henry's honor.

In lieu of flowers, the family requests donations be made to Bogus Basin or the Ridge to Rivers trail system in Henry's honor.

Share Your Memory of
Henry
Upload Your Memory View All Memories
Be the first to upload a memory!
Share A Memory