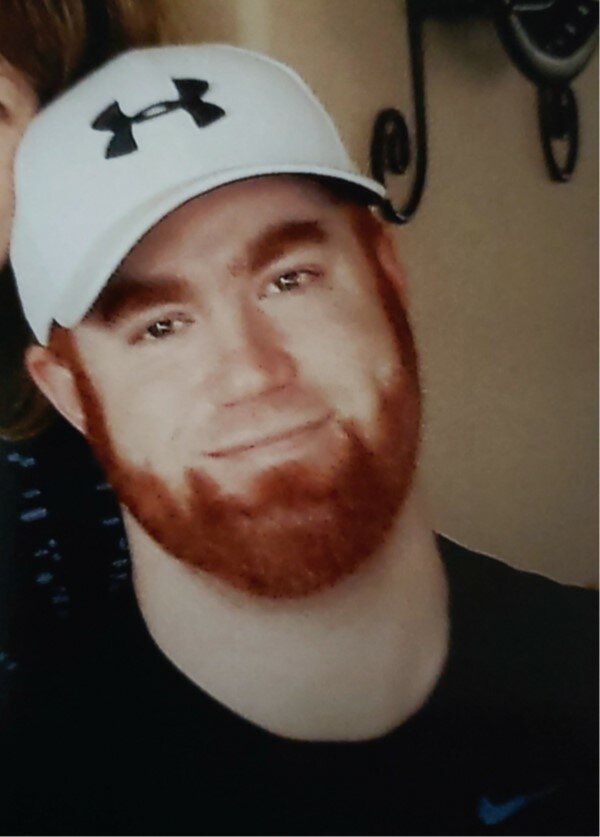 After a courageous 16 year battle with acute and chronic physical and mental pain,
Scott ended his own life. He leaves behind his wife, three young daughters, and a circle
of family, friends, and colleagues who mourn him. At last he is pain free and at peace.

Born August 8, 1985, a cold and cloudy morning with a full head of wavy red hair, Scott grew
up in Boise. Tolerating the sun, he celebrated cold days, thunder storms, and snowfall.
He was a joyful, loving, and intensely curious child with an infectious laugh and keen
sense of humor. He would come to breakfast dressed like Batman. He attended his first
Boise State Bronco football game at just 2 months old, and continued to be a committed
fan for the remainder of his life, rarely missing a game. He golfed with his dad, and
cooked with his mom, and loved with all his heart. He was bright and beautiful.

He learned to ski at 6, and skiing with his older sisters and family became a winter
tradition. Even at 6’ 2” and 210 lbs, he was a fast, graceful skier. First one down the hill,
last one to quit for the day. Never got cold…even in sub zero temperatures.

Scott was one of the first 15 students at Foothills School of Arts and Science, where he
cultivated his love of reading, science, and artistic expression. He and his classmates
took annual trips that included San Francisco, Yellowstone, New York and Spain. He
would later say, “It’s where I learned how to learn”.

He learned to play the piano, how to dress and perform at recitals, and at 12, won 1st
Place at the annual Sonatina Festival at College of Idaho. Then he turned to
sports…soccer, Optimist football and hockey, often going to practice at 4:30 a.m. before
his first class at Boise High School. He and his science buddies would use their free
periods to play hearts with his favorite physics teacher, Mr. Bellamy. He graduated in
2004 and attended the University of Utah (where he fine-tuned his skiing skills) and then
came back to Boise to attend Boise State. He was a passionate reader…novels,
science fiction, the classics, history and quantum physics. His pastime of choice would
be anything that engaged his mind…chess, video games, Axis and Allies, and magic
card tournaments. In his early teens he called it “speed thinking”, a gift which later
would plague his ability to turn off his mind to sleep.

Scott loved so many things in life: Winter pie, Mom’s mac ‘n cheese, seafood (especially
razor clams), Porter beer, Irish whiskey, music in any form, and doing comedy bits from
favorite comedians and movies with perfect delivery . He would say, “those who laugh
together stay together”...

Scott was in a head-on car collision in 2006, seriously injuring his neck. While not
debilitating at the time, he continued to have physical issues, surgery and constant pain
which changed the trajectory of his short life. Not wanting to be defined by his pain,
Scott managed it quietly and used his natural charisma and sense of humor to
camouflage his anguish. It was heartbreaking to watch…and yet it instilled a sense of
empathy that motivated him in his career in customer care at Blue Cross of Idaho.

Family was everything to Scott, and surrounding himself with it brought him a profound
sense of joy. In 2018 at the age of 34, he married the love of his life, Sophie Steiner.
She brought her 2 beautiful young daughters Rayna and Acsa into the marriage, and
Scott jumped into the role of father with grace and commitment. Together they had a 3rd
daughter, LeAyna, born at the early onset of Covid. She demonstrates the curious
sense of wonder and joy that her daddy embraced. Her eyes reflect his beautiful heart
and soul.

It is up to those of us left behind to continue sharing his stories and photos…so
that Scott’s girls will remember their Daddy by our love for him, and for them.

We love you Scott, know that you are in God’s hands, and will meet you again.

Please review the following for a link to the educational fund being set up for Scott's daughters.

Here is the link for the educational fund set up for Scott's daughters:  http://mindfulvibe.com/for-scott

If you would prefer to mail a check please see the information below:

“What we once enjoyed and deeply loved we can never lose, for all that we love
deeply becomes a part of who we are.” ~ Helen Keller

Share Your Memory of
Scott
Upload Your Memory View All Memories
Be the first to upload a memory!
Share A Memory