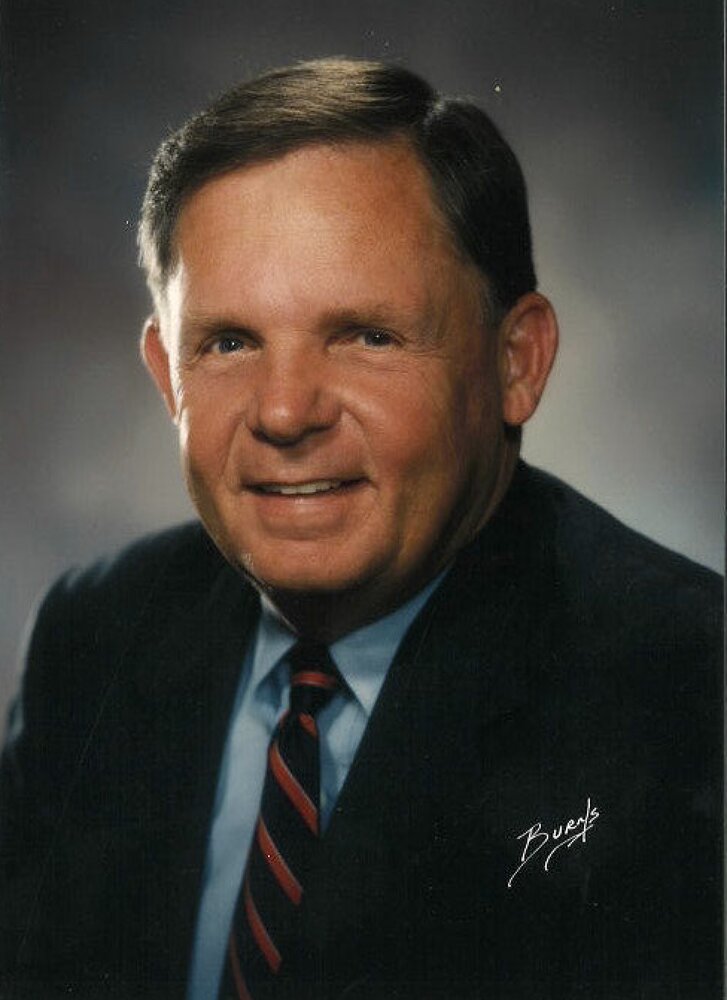 After graduating from University of Kentucky in the late 1950’s, Lee embarked on a 40+ year career in the paper industry.  For the first six years of his post-college life, Lee was a swinging bachelor, until a chance encounter with Carole Harberson on a boat ride on the Ohio River in Louisville in 1964.

Carole was seven years younger and had just started a career with Proctor & Gamble in Cincinnati, Ohio.  Both Lee and Carole were on dates with someone else, but Lee, smitten with Carole and introducing himself as Kristy Kringle, asked her to look him up if she ever made her way to Bloomington, Illinois.  A few months later, Carole’s job took her to Peoria, Illinois, where she took Lee up on his offer.  The rest is history.  After marrying in 1965 and having their first child (Lee Jr.) in Illinois (1967), Lee’s job transferred him back to Kentucky where their second child (Clay) was born (1969).

In the summer of 1976, Lee was approached by a headhunter looking to hire a sales manager for Boise Cascade’s box plant in Nampa, Idaho.  Lee quickly fell in love with Idaho and persuaded his wife Carole to pack up the wagon (Ford Pinto) and move West.

Lee started with Boise Cascade in the summer of 1976, first as a Sales Manager, then later as General Manager, of its corrugated paper (box) plant in Nampa, Idaho.  In the early 1990’s Boise Cascade promoted Lee to its National Corrugated Account Sales Manager at its headquarters in Boise.  During his 20+ years with Boise Cascade, Lee developed deep relationships with Idaho agricultural companies/families such as Simplot, Ore-Ida, Lodge, Symms, and Henggeler.  Lee’s biggest regret in life was retiring too early, but only because he loved his work colleagues, and customers even more.

By the late 1990’s, Lee and Carole’s close friends from Kentucky had retired to Naples, Florida.  Lee and Carole purchased a condo in Pelican Bay shortly thereafter.  In 1999, Lee retired from Boise Cascade, and for the next twenty years, Lee and Carole spent their winters in Naples, highlighted by boat trips with friends from the Naples Yacht Club.

Lee and Carole’s grandchildren, Olivia, Brooke, and Jeff, were born in the early 2000’s.  Favorite memories with their grandchildren include strolling the white sandy beaches of Naples and going to Crispy Kreme and Big Al’s in Boise.

Lee served on the boards of the Idaho Youth Ranch and the Cathedral of the Rockies and as a mentor for Junior Achievement.

Lee passed away peacefully on June 5, 2022, under the loving care and support of the staff at the Terraces of Boise.

Lee is preceded in death by his father, Charles Brucker Gill (1954) and mother, Mildred Upton Gill (2001).  Lee is survived by his wife, Carole (57 years), his sons, Lee (Shelley) and Clay (Luciana), his grandchildren, Olivia, Brooke, and Jeff, and his sisters, Babe Tafel and Patsy Kirn.

The best tribute you can give to Lee is to pick up a piece of trash.  Lee loved the undisturbed beauty of Idaho and the West, and thus that is the best gift you can give him.

To send flowers to the family or plant a tree in memory of Lee Gill, please visit Tribute Store
Friday
17
June

Share Your Memory of
Lee
Upload Your Memory View All Memories
Be the first to upload a memory!
Share A Memory
Send Flowers