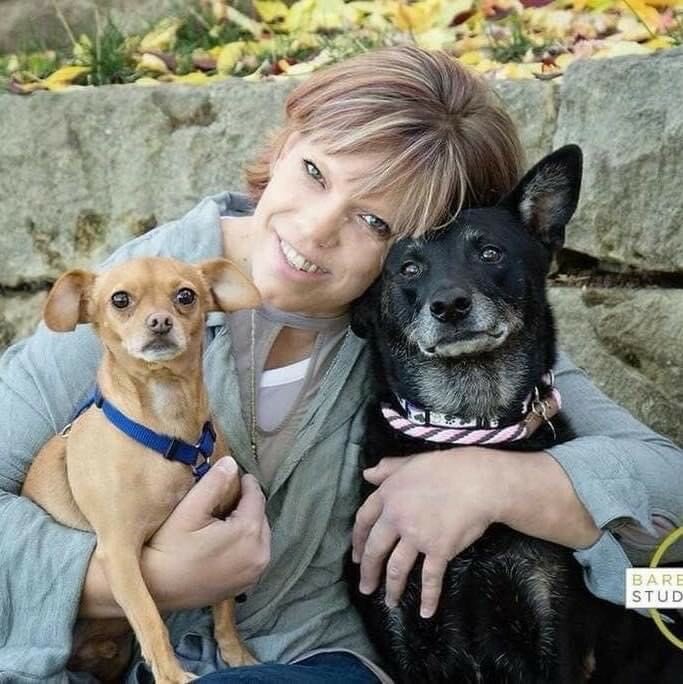 The education of Elizabeth Erin Linville, 41, ended on Monday, May 30, 2022, when she died of a pulmonary embolism at her home in Boise, Idaho, surrounded by her beloved pets.

A lifelong learner, Elizabeth was born September 16, 1980, at St. Luke’s to Phyllis Joanne Duncan (Lord) and Thomas R. Linville. Despite the many obstacles presented due to congenital disabilities, Elizabeth’s will and determination proved to be stronger than any challenge life put in her path.

Elizabeth’s education began in Virginia Beach, Va, where she lived with her mother, sister (Brooke Linville), and step-father, Wayne L. Duncan, Jr. She attended John B. Dey Elementary, Great Neck Middle, and Cox High School, where she graduated as a part of the Class of 1999. Elizabeth’s lifelong love of learning started young and was a result of incredible teachers and mentors she had along the way, in particular Carol Kahler (Porec), Sandy McLaughlin, and Janet Sullivan. Elizabeth loved the game of basketball and played with the Virginia Beach rec center for many years as center and played clarinet in the Cox HS band.

Elizabeth learned the depth of her mother’s admiration when Phyllis wrote an essay for the United Way, nominating her as a Community Hero for her tenacity and determination in facing her life. As a result, she was chosen to run a stretch of the 1996 Olympic torch relay as it wound its way through Richmond, Va. Her mother and sister learned that she could run a bit faster than they had anticipated as they leapt over watchers by trying to keep pace.

After high school, Elizabeth continued her job at the Shore Drive Food Lion and attended Tidewater Community College where she graduated with an Associate’s Degree in Childhood Education. Elizabeth loved children and spent many years passing on her love of learning working in preschools and elementary after-school programs.

In 2013, Elizabeth moved back to Boise to live near her sister, Brooke. Elizabeth had a special relationship with her two nephews, Kellen and Everett, and was fortunate to have had nearly a decade as their neighbor learning to beat them in Mario Kart, watching Disney movies, and playing in the pool. She also accompanied them on many trips, including sledding in the snow at Galena Lodge and a recent trip to Yellowstone that included a much remembered moose sighting.

She also loved to travel with her mother and was looking forward to an upcoming trip through Southwestern Oregon. One of their favorite memories was their trip to Hawaii. While her body wasn’t always able to keep up, she had an adventurous spirit that could not be tamed.

Elizabeth enrolled in Boise State in 2017 with the intention of one day earning a Bachelor’s Degree three credits at a time, which she absolutely would have done had she had more time here to do so. During her time there, she developed a deep love of History. On her final trip with her sister, she was able to visit Bull Run.

This last year was perhaps the greatest of her life. She was learning to garden and was proud of the plants that were just beginning to bud. She had learned to use her Instapot and was busy preparing hearty meals for herself. Her days may have been simple. But it was that simplicity that made her life full.

Elizabeth’s greatest love was that of her pets. She adopted her heart dog, Kenya, a German Shepard mix in 2005. Kenya died a week prior to Elizabeth’s passing and, we believe, helped guide her transition. She also adopted a dachshund, Dash and, upon his passing, a chihuahua, Luke. She also had a cat, Cleo. At the time of her death, she was fostering two kittens from the Humane Society, and they had brought her tremendous joy as she grieved her beloved dog.

The family would like to extend its sincerest thanks to the Ada County Paramedics who were with her at the end. Donations in her name can be made to the Idaho Humane Society, Virginia Beach SPCA, or Zoo Boise.

To send flowers to the family or plant a tree in memory of Elizabeth Linville, please visit Tribute Store
Thursday
16
June