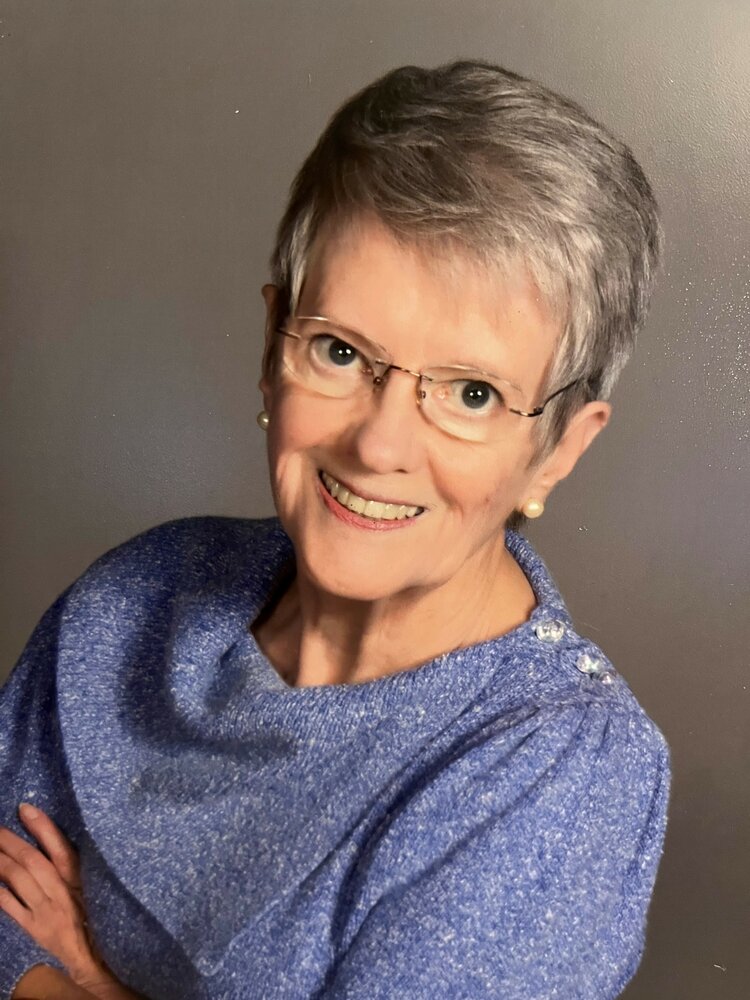 Plese click on the link below to view the service:https://cathedraloftherockies.org/online-worship#funerals

Karen was born June 29, 1943 in Sharon, Pennsylvania to James Fredrick Oesterling and Elma Gladys Fischer Oesterling. As the the youngest of three siblings she was much beloved and always cheerful and outgoing. She graduated from Framingham high school and received her degree from the University of Massachusetts Amherst.

Following graduation Karen worked for MIT and later visited her brother in Idaho. She fell in love with the state and decided to move to Boise. In 1978 she started working at Arthur Anderson and later worked for Intermountain Gas until retirement. Throughout her life Karen
lived in Pennsylvania, Massachusetts, Idaho, Kentucky and Florida.

In 1987 she met the love of her life L. Ray Hill and they married September 17, 1988. They shared a wonderful life together, including moving to Kentucky as well as Florida to be near their aging parents. Ray passed away in 2003 and Karen stayed devoted to the care of her mother-in-law until her passing in 2005. The following year Karen moved back to Idaho to be closer to family and friends.

Upon her return she continued her caregiving for several people as well as pet sitting, which she lovingly referred to as “fur-therapy.” This brought her much joy and allowed her to meet wonderful people she considered like family. Karen never knew a stranger and had many lifelong friends in every corner of the country. One of her favorite hobbies was traveling to see friends and family. She also took a four generation trip to Maui, a Caribbean cruise and enjoyed knitting, cross-word puzzles, trivia and was a long-time fan of Jeopardy.

She was a servant of God, first and foremost, throughout her life. A long time attender of the Methodist church wherever she lived, Karen was strongly devoted to Christ and her faith. In 2008 she attended the Walk to Emmaus and always enjoyed participating in Church committees, fundraisers and activities. She had a heart for helping others and her caring spirit will be dearly missed by all who knew her. Karen’s favorite scripture was Philippians 4:13 “I can do all things through Christ who strengthens me.”

Memorial contributions can be made to PBS, UMCOR (United Methodist Committee on Relief)
or any charity of your choice.

To send flowers to the family or plant a tree in memory of Karen Hill, please visit Tribute Store
Thursday
23
June

Share Your Memory of
Karen
Upload Your Memory View All Memories
Be the first to upload a memory!
Share A Memory
Send Flowers