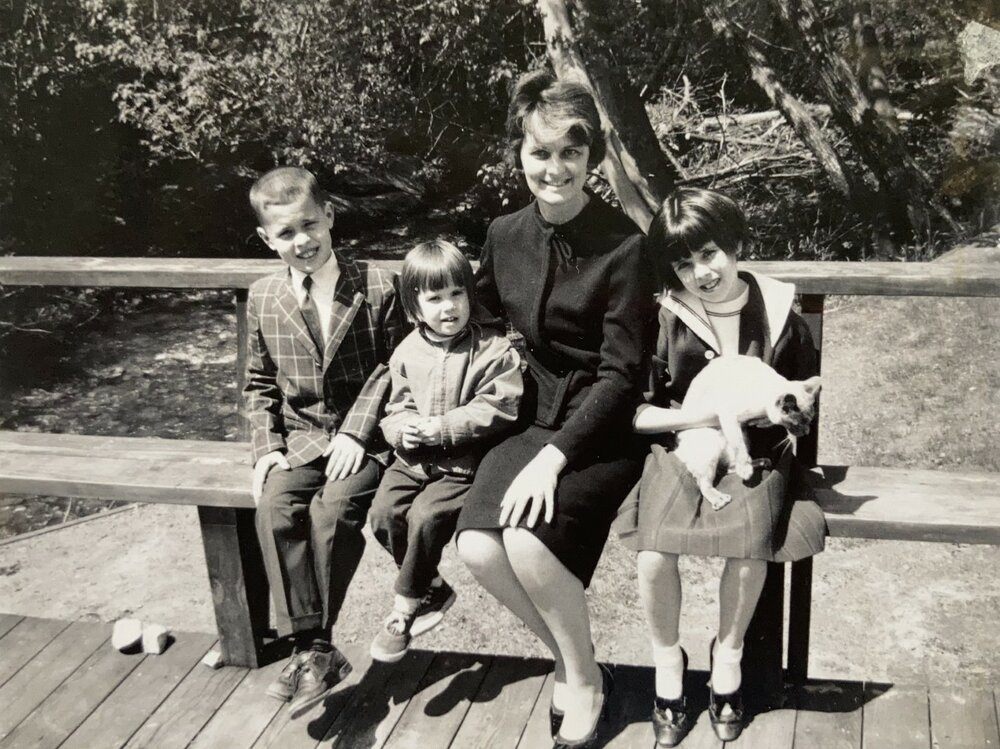 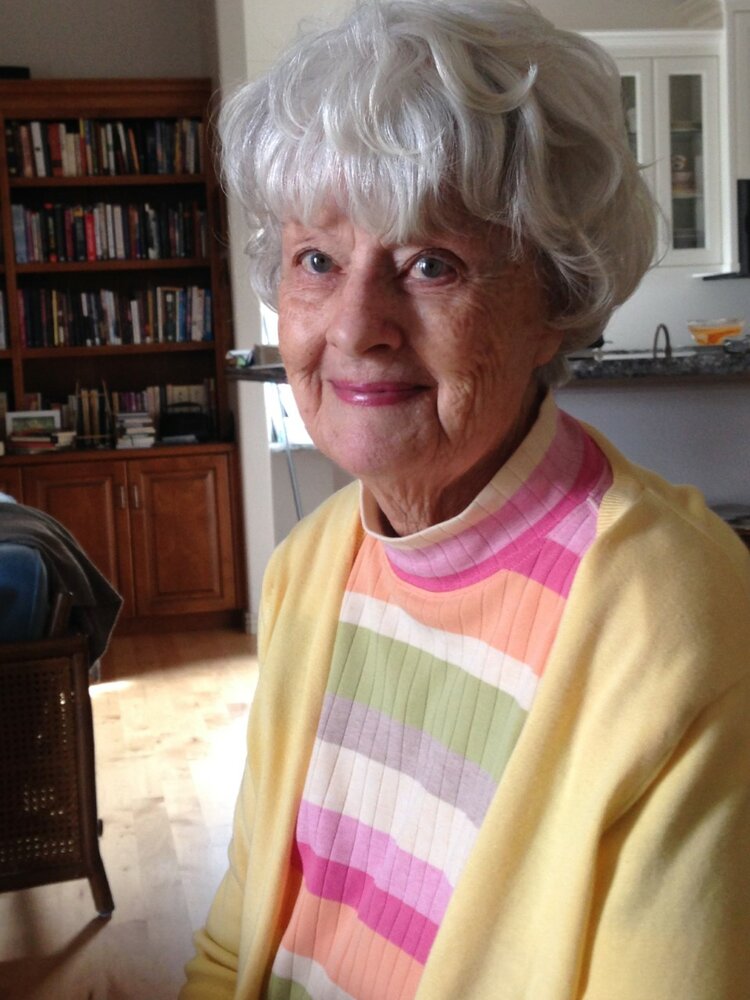 Geraldine Jay Copeland, age 89, died on April 2, 2022 at St. Luke’s Hospital in Boise, from natural causes. Known to her friends as Jeri, she was born in El Paso, Texas on May 30, 1932 to Elizabeth Emma Reel Fox and Gerald Jay Fox. While very young, Mom lived with her mother and maternal grandparents, Perry and Effie Reel, in Johnstown, Colorado.

When Jeri was seven years old, her mother remarried to Frank Orson Coates, a traveling salesman. Because of her stepfather’s profession, Jeri lived sometimes in Denver, but also in other cities such as Great Falls, Montana. When residing in Denver, on weekends she often visited her beloved aunt and uncle, Louise and Irving Brown, who farmed in Johnstown, Colorado. She sometimes babysat her young cousins Judy, Debbie and Greg whom she adored. Jeri attended West High School in Denver, while also working in the Denver Public Library, an interest she would continue throughout her life. She attended A&M College at Fort Collins, Colorado in 1952. The following year, Jeri enlisted in the US Naval Service, attended and completed radio school in San Diego, and worked as a coder throughout her 4-year service with the Navy. Subsequently, Jeri accepted a position as stewardess with Pan American Airways. She worked on international flights and greatly enjoyed the opportunity to meet people and travel to new countries.

Jeri met John R. Copeland (Jack), a pilot with Pan American Airlines while spending a layover in Honolulu, Hawaii. They were married on December 30, 1956. Together they had three children, Laura, John and Carole, and spent much of their married life together in beautiful Santa Cruz, California. During that time, Jeri shepherded her children through their schooling and respective interests and sports, often single-handed as her husband worked as a pilot on international flights. She served as librarian for many years in the church library at Scotts Valley Baptist Church. She also served as a Bible Study Leader for Bible Study Fellowship through Twin Lakes Baptist Church. Through their connection to Pan American Airline, and their involvement in the local community, Jeri and Jack made many life-long friends in Santa Cruz.

In 2004, Jeri and Jack moved to Boise, Idaho, to be closer to family. While living in Boise, she loved attending Cole Community Church, and was involved in Bible Studies and Women’s ministries there. Jeri loved life and had many interests. She adored books and was an avid reader. She enjoyed cooking, stamp collecting, needlepoint and opera. Mom’s remarkable flair with color and style was expressed in her home, her creative pursuits such as cross-stitch and needlepoint, her stylish wardrobe, and in her gorgeous scarf collection. Jeri’s sweet Christian faith consoled, strengthened and guided her during her 9 decades on this earth, and touched all who knew her. Her gentle spirit, infectious laugh, enjoyment of life, and loving attention will be dearly missed.

Jeri will be interred with Military Funeral Honors at Veterans Cemetery in Boise on Thursday, April 21, 2022, at 10:00 a.m. After, a funeral service will be held at Cole Community Church at 11:00 a.m.

To send flowers to the family or plant a tree in memory of Jeri Copeland, please visit Tribute Store
Thursday
21
April

Share Your Memory of
Jeri
Upload Your Memory View All Memories
Be the first to upload a memory!
Share A Memory
Send Flowers