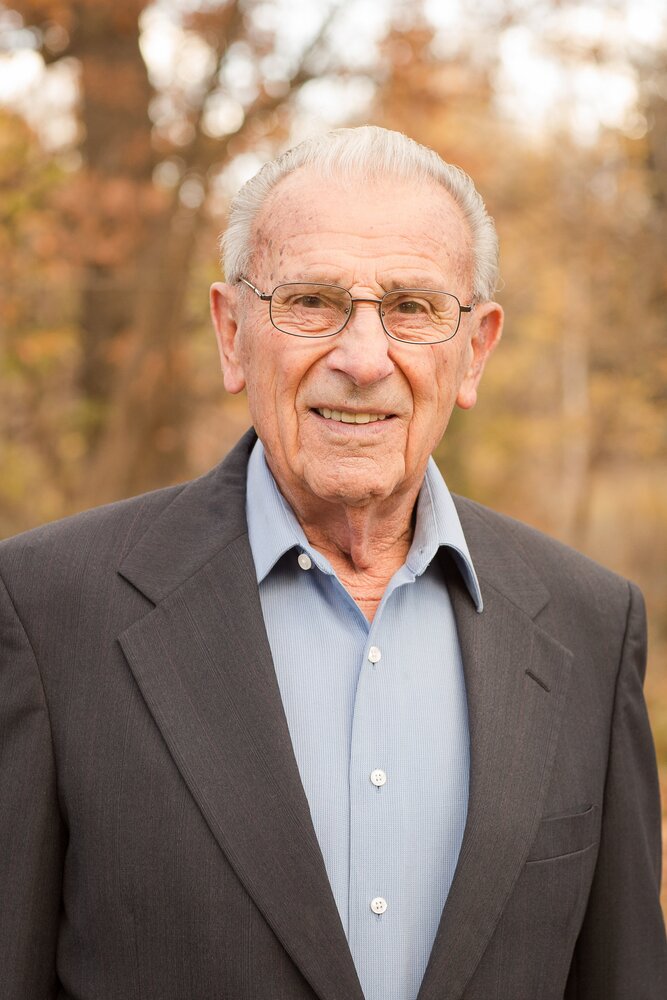 Obituary of John B. Mainvil

Please click on the link below to watch the webcast if of the services:

John B. Mainvil, 95, formerly of Weiser, ID, passed away of natural causes on April 1, 2022 in Eagle, ID with his family at his side. He is now resting with his true love after a long and fulfilling life.

John was born in San Bernardino, CA to Basque immigrants from Spain and France on August 1, 1926. He attended elementary and high schools in Ontario, CA, and soon after graduation, was drafted into the Navy during WWII.  After receiving a B.S. Animal Husbandry degree in 1950 from California State Polytechnic College (Cal Poly), San Luis Obispo, John moved to Riverside, CA where he grew oranges and purchased a ranch to raise sheep. He married Grace in 1959 and they were blessed with four daughters. In 1972, the family moved to Weiser, ID where John owned and operated a farm and sheep operation. In the day, he had as many as 6,000 head of sheep grazing in Hells Canyon (Sturgill Creek), Wallowa-Whitman and Payette National forests, under the watchful eyes of Basque sheepherders. Additionally, in Weiser, he grew mainly grain and alfalfa hay and raised sheep. During the winter months, he drove his truck to haul crops to various shipping ports. He enjoyed family trips to California, Basque picnics/dances/parties, cruises, and trips to Mexico, South America, Europe, Australia, and New Zealand. He was a resilient, hardworking Basque man, who loved his wife and family, and always enjoyed the simple things in life.

He leaves behind four daughters: Janice, Joanne (Mick), Louise (Grant), Linda (Mike), 6 grandchildren, and many nieces and nephews. He is also survived by one sister-in-law, Julia. He was preceded in death by his parents, sister Josephine, brothers-in-law (John A., Joe, John L.), sister-in-law Marie, and his loving wife of 58 years, Grace.

A Funeral Mass will be held Monday, April 11 at 11:00am at Sacred Heart Catholic Church, 811 S Latah St, Boise, ID. A viewing will precede Mass at 10:00am. All are invited to a reception following mass. A graveside service will be held Tuesday, April 12, 2022 at 1 PM in the  Weiser Hillcrest Cemetery.

Memorial contributions may be made to a Basque organization of your choice.

To send flowers to the family or plant a tree in memory of John Mainvil, please visit Tribute Store
Monday
11
April