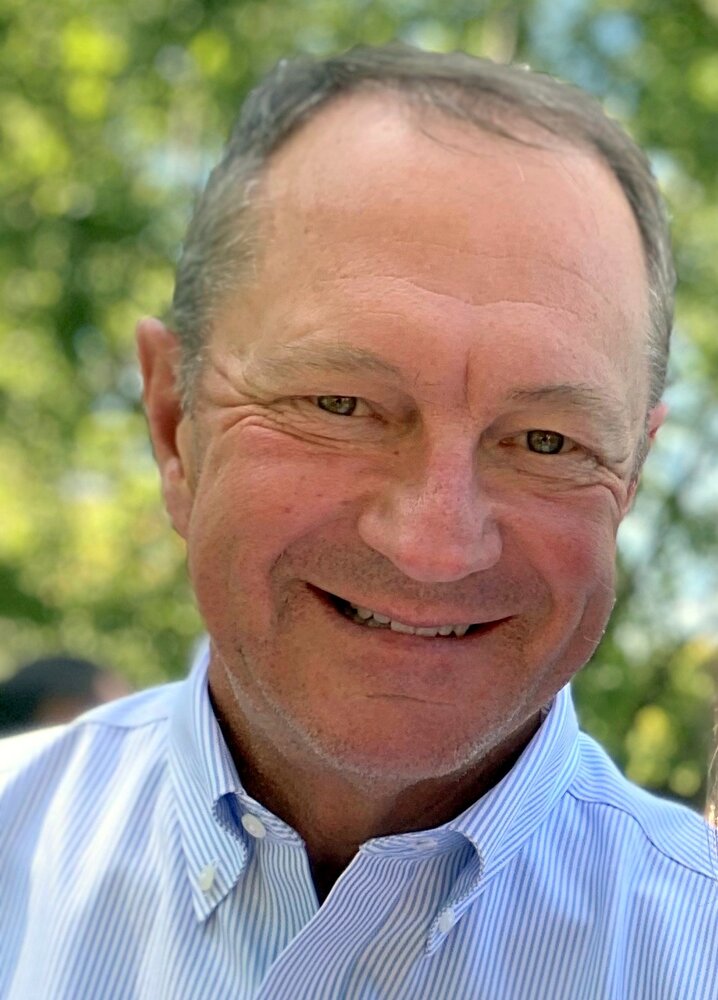 George was born in Marshall, MN to George and Marjorie (Prairie) VanOverbeke. He grew up on the family farm in Marshall and graduated from Marshall High School in 1978. He received his bachelor’s degree from Southwest Minnesota State University in 1984. George married Diane Haugen on May 11, 1985 at Holy Redeemer Catholic Church. The two moved around the mid-West for several years for George’s career with Schwan’s Food Company. During this time George and Diane’s first son Jacob was born in 1991 and second son Matthew was born in 1993. The family finally settled in Meridian, ID in 1996. Much of George’s free time while the boys were growing up was spent camping and riding motorcycles/ATVs with the family. George and Diane, along with their dog Norman, have made many lasting memories the last few years living life to fullest and going on many new adventures, particularly in McCall. George will be remembered for his ability to make everyone around him laugh and for all the love he had for his friends and family.

He is survived by his wife Diane VanOverbeke, their children Jacob VanOverbeke of Meridian, Matthew (and Alyssa Fenello) VanOverbeke of Boise, and sisters Pam (and Jerry) Sonderup of Maple Grove, MN, Nadine (and Rick) Frison of Peoria, IL, Leah (and Clay) Miller of Buffalo, WY, Adele (and Mike) Murray of Naples, FL, and Michele (and Lee Graczyk) VanOverbeke of Maple Grove. He was preceded in death by his parents, George and Marjorie, and brother, Todd.

George’s life will be remembered with a mass at Holy Apostles Catholic Church on Thursday, April 7, 2022, at 2 PM. There will be a reception to follow immediately afterwards.

In lieu of flowers, donations in George’s name can be made to the St. Luke’s Health Foundation, Designation – Heart Services (https://www.stlukesonline.org/about-st-lukes/donate-or-volunteer/treasure-valley-foundation/donations).

To send flowers to the family or plant a tree in memory of George VanOverbeke, please visit Tribute Store
Thursday
7
April