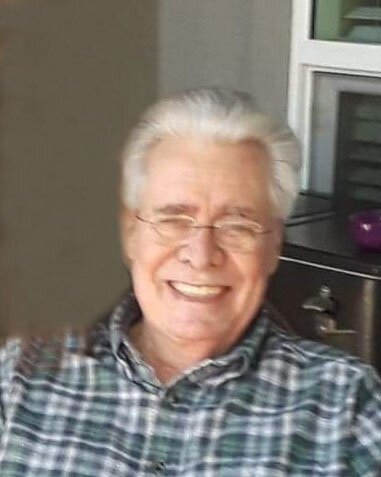 Ron was born in Idaho Falls, ID. On May 10, 1946 to Loren and Betty Hoschouer. He was the oldest and big brother to two sisters, Saundra and Cyndi. Ron grew up in Idaho Falls and graduated from Idaho Falls High School in 1964. While in high school, Ron played the saxophone in the pep band and marching band, rode his horse in the junior posse and was an active member of the Boy Scouts where he earned his Eagle Scout Award.  Growing up Ron had many summer jobs including working at his dad’s dental office, Tautphaus Park, Jackson Lake Lounge and Bureau of land management fighting forest fires.

He went on to earn his PHD in Educational Psychology at the University of Utah. Ron was one of the pioneers in developing Group Homes for the developmentally disabled children and adults. He and a colleague wrote a book titled “Residential Teaching Communities”, which told how to develop a program and staff training for Group Homes. He worked in Nevada and Arizona developing Group Homes.

Ron met Loretta Ann Eskue in Tucson; they married September 13, 1978 and had one son Aaron who resides in Boise. He later had a daughter, Kaylyn and a son Hayden. Ron moved to Minnesota and opened a private practice in the St. Paul area. He lived there until 2019 when he retired and moved to Boise to be with family.

Ron enjoyed backpacking, music, history documentaries; all things John Wayne and Clint Eastwood and being with family. Ron often said while he was in college that he was actually majoring in Skiing. He loved most of all skiing in the Jackson Hole, Wyoming area.

He loved his family and helping people. He will be dearly missed by his family and all who knew him. Ron is preceded in death by his parents, Loren and Betty Hoschouer and his nephew Travis Egbert. He is survived by his sisters Saundra (Dan) and Cyndi (Stephen), son Aaron (Ali), daughter Kaylyn, and son Hayden. 3 granddaughters, Malia, Evie, Ava; along with numerous nephews, nieces and cousins.

To send flowers to the family or plant a tree in memory of Ronald Hoschouer, please visit Tribute Store

Share Your Memory of
Ronald
Upload Your Memory View All Memories
Be the first to upload a memory!
Share A Memory
Send Flowers