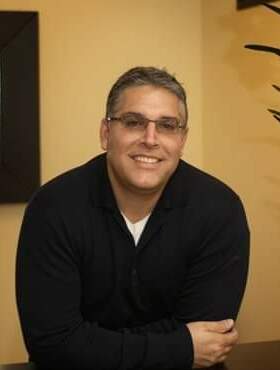 Our wonderful son, husband, father and brother, Nicholas Michael Peck passed away peacefully at home surrounded by his family on February 11, 2022 after a most courageous battle with cancer. He was only 56 years old, entirely too young to be separated from all his family and friends.

Nicholas was born in Pocatello, Idaho where he started school. The family moved to Boise in 1976 where he attended Boise schools, graduating from Meridian High School and Boise State University before graduating from Life University as a Chiropractic Physician in Atlanta, Georgia.

In his youth he participated in Boise Youth Soccer and Idaho Little League Baseball. He became a North West USA Karate Champion and was a member of the Bogus Basin Ski Patrol for many years.

He opened his own chiropractic clinic in Vancouver, Washington 21 years ago, and was loved by his patients. His dedication and contributions to those patients' showed his compassion and heart to  those in need of eliminating their ailments. When diagnosed with cancer, he and the family moved back to Idaho to be near family during his treatments.

Nicko was an avid fly fisherman and skier and loved driving race cars at Firebird Raceway. A very special thank you goes to Mike Smith of Kuna for encouraging Nicko to become involved in car racing.  It made for a joyful summer while facing his health issues. He called the family home in Sun Valley his happy place and joined his family and college friends there whenever possible. He loved fly fishing at Silver Creek and skiing on Bald Mountain his entire life. He and his Dad had many memorable outings in the Wood River Valley fishing and skiing together for years. Nicko and his wife, daughters and Mom spent a lifetime together in the kitchen where he became an unbelievable chef of amazing delights.

Nicko is survived by his wonderful wife Andrea (Andi), whom he called his "ANGEL", and his three daughters: Sarah, Emily and Sydney, all of whom held his heart, of Caldwell. He is also survived by his parents Michael and Christine Peck of Eagle and his brother Christopher, sister-in-law Michelle and nieces Alexandra, Sophia and nephew Ethan of Nampa. His Aunt Catherine Seamons and Uncle Kit Hartwell also encouraged his determination to fight on with his treatments.

His dedicated lifelong friends, Ron and Jeff Flechsig, Jeff Munn, Sean McDonald and Robert Hopkins were constant companions on their weekly coffee gatherings and bolstered his determination to fight for every day during his treatments. Each one of them was such a cherished friend.

Nicholas was a treasure to all of us and will forever be dearly missed. A memorial service will be held in Sun Valley in the springtime. Rest in peace our beautiful son, husband, father and brother!

Our heartfelt thanks go to Horizons Hospice who made his last month more tolerable. We so appreciate Sharon his nurse, and Rick his social worker, for their kind and gently care of our beloved Nicko.

To send flowers to the family or plant a tree in memory of Nicholas Peck, please visit Tribute Store

Share Your Memory of
Nicholas
Upload Your Memory View All Memories
Be the first to upload a memory!
Share A Memory
Send Flowers