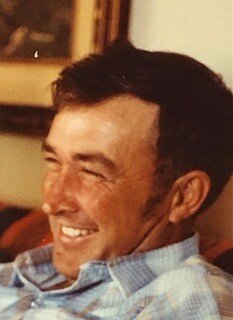 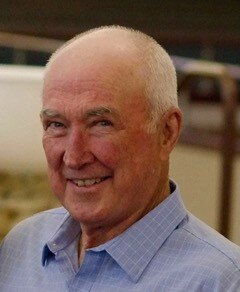 (Bill) William Corey Love was born at home on September 25, 1937 on the Love Ranch in Mountain Home, Idaho. He was welcomed by his sweet parents, Geraldine and Walter Love, and his sister Jackie. He died at home on February 18, 2022 on the Love Farm in Meridian, Idaho, after a short and courageous battle with cancer.

Bill was that guy who lived his life to the fullest every day. Up until the last month of his life he was remodeling the farmhouse, working outside with his new tractor that had many handmade attachments, fishing with his beloved son Bob and many friends, and golfing with his beloved son Mike, brothers and buddies. He woke up each day with the expectation that it was going to be a GREAT DAY! Bill was a devoted husband that truly loved and admired his wife Nelma for over 64 years. He was never one to say no to his family or friends if there was something he could do to help.

Bill was an authentic cowboy who spent his younger years as a cowboy on several ranches. His boys and wife rode right along with him, and he was so proud of Mike for jumping on a horse throughout the years and team roping with him. He loved his roping buddies and the sport. Bill roped until he was 77 years old and when he was finished, he gave away his horses, tack, and saddles. Golfing and fishing became his new sports. He loved morning coffee with his family, Bob stopped by every morning so Bill could tell him what to do with his day, haha. When Mike was there he would also give him instructions on what projects (and there were many) that needed to be done. He loved his two daughter-in-laws dearly, and never said a cross word to them. He loved his grandchildren with all of his heart, both as children and adults. The 22 great grandchildren were such a joy to him, especially when they were naughty. A very close friend of Bill’s recently messaged the family, “There has never been a man more proud of his sons than Bill. Bill was a man that resembled a good tree, he had big strong hands, and was just as stout and steady as ever.” To his family this described him to perfection.

He is survived by his dear wife Nelma of 64 years; son Robert (Bob) and wife Susan, with children: Krystal (Curtis), Robb, Blake (Janelle), Katie (Jordan), Hillary, Dominique (Kyle), and Davis; son Michael (Mike) and wife Cynda, with children: Monica, Manda (Gary), and Molly (Kaleb); friend and (son) Dale Koger (Kelly); sister Jackie (Bill) Davis of Calimesa, CA; and his Idaho brothers and sisters: Tom, Sue, John, Lori, Ron, and their sweet significant others; great grandchildren: 22, soon to be 23; sister in law: Vada Alley; as well as many special nieces, nephews and cousins. Also very important to him were his many, many friends.

The family would like to give a very special thank you to Bill’s brothers, sisters and their families, our extended families and good friends for all the support, food and caring calls and messages.   The staff at Blue Bird Hospice gave Dad the most loving care that anyone could have.  We could not have had better hospice care and they will have our eternal gratitude.

We invite you to join us on March 19, 2022, in Bruneau, Idaho, for a graveside prayer at 1 pm at Bruneau Cemetery, and dinner at 2 pm at Bruneau American Legion Hall.

To send flowers to the family or plant a tree in memory of (Bill) William Love, please visit Tribute Store
Saturday
19
March

Share Your Memory of
(Bill) William
Upload Your Memory View All Memories
Be the first to upload a memory!
Share A Memory
Send Flowers