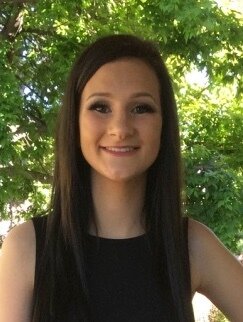 Marigwen Maxine Campbell aka Gwenny, age 23, of Boise Idaho died unexpectedly on February 15th, 2022 in her home. She was born November 12th, 1998 at St. Lukes hospital in Boise and is the daughter of Christopher (Chris) Campbell of Boise, ID and Shanna L Pederson of Challis, ID. She graduated from Borah High School in 2017 and was living in Boise at the time of her death.

When Gwenny was born she was the third child to join our family and the first girl. Her Dad would like to think that she came into the world smiling and laughing because she always had a warm place in her heart and immediately brightened up our day. Her mother was impressed that at a young age She had an innate, mothering nature toward her siblings, cousins and parents. Often she was the bright spot of our day. When she was little, she would meet her Dad at the back door as he got home from work with a big smile and arms out stretched waiting to be picked up, any hardship that had taken place earlier were immediately melted away. She was always a force to be reckoned with and had a drive like no other. That was proven early, when she began to walk and talk by 10-months old, it wasn’t long before she was talking in sentences that were easily understood. She was the only 18-month old that was able to have a complete conversation with anyone around her.

She was our daredevil, loving to try new adventures whether it was bombing down the slopes, jumping on rollercoasters that put a little scare into most adults, or bouncing all throughout the house using whatever piece of furniture she could to do gymnastics on. Her toughness was proven by earning three broken arms, numerous other little injuries and normally, not complaining about it.

She enjoyed being active in school and always had a lot of friends. Throughout Jr high and into high school she constantly challenged herself by playing basketball, being a cheerleader and was on the school dance squad for a while. Even when she was in sixth grade, she placed 3rd in the Idaho Division 3 State High School  bowling championship. As soon as she could, she got her driver’s license and for a while, was one of only two kids driving at South Jr HS. For her parents, her independence was a source worry, as well as pride. She knew the value of working and always wanted a job so she could take care of herself and help-out her friends. If you were her friend, she would do almost anything for you and it seemed like she always had two to four friends with her everywhere she went. I know, there were always friends of hers streaming through the house.

After graduating, Gwenny attended CWI and in 2018, she brought Remy Jude into the world. He is the light of her life, her special little man. She loved him like no other and was so proud to be his mommy. Being a good mother was what she strove for, and she was a great mom. The two bestest friends in the world were Remy and Gwenny.

She was preceded in death by her uncle Judd Pederson and grandparents, Chuck and JoAnna Pederson of Seattle and Challis.

For those who would like to attend, there will be an open viewing: Thursday the 24th from 5-7pm at Summers Funeral home located at 3629 E Ustick Rd in Meridian.

The funeral service for Marigwen will be held Friday the 25th at 11AM at St. Mary’s Catholic Church located at 2612 W State St in Boise.

The family would like any memorial donations be directed to the Women’s and Children’s Alliance (WCA) 720 West Washington Street Boise, ID 83702 208.343.3688 – Donations can be made at https://www.wcaboise.org in the comments section please add in memory of Marigwen Campbell.

To send flowers to the family or plant a tree in memory of Marigwen Campbell, please visit Tribute Store
Thursday
24
February

Share Your Memory of
Marigwen
Upload Your Memory View All Memories
Be the first to upload a memory!
Share A Memory
Send Flowers