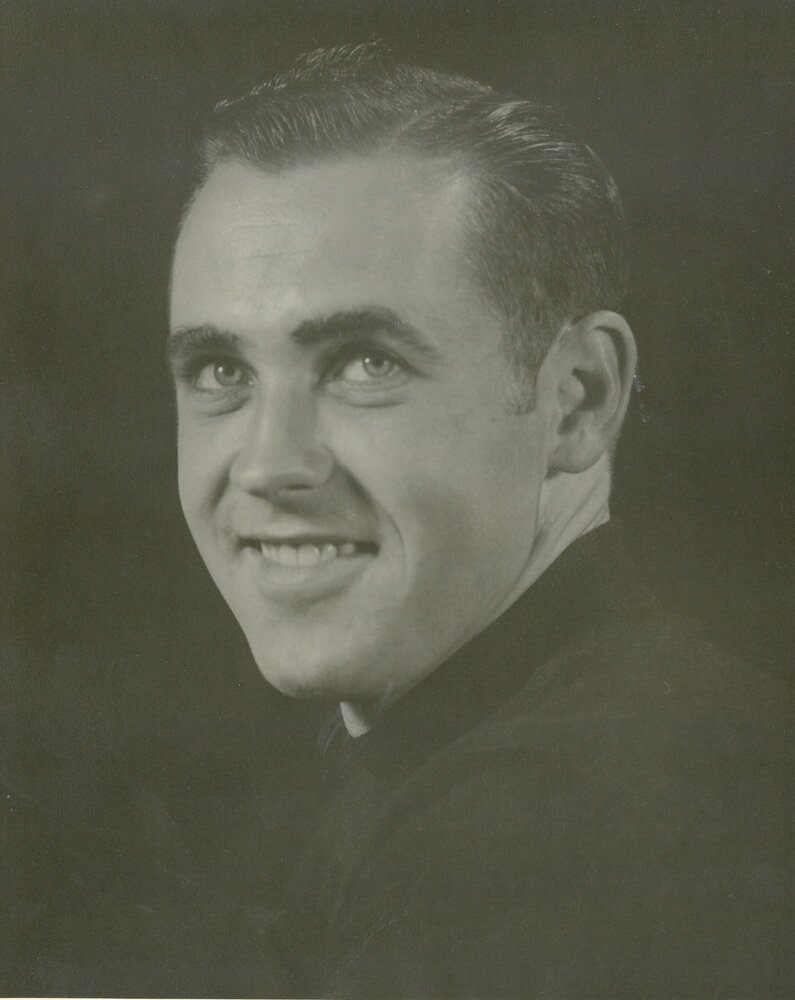 Kenneth Kyle Smith passed away in his sleep on Sunday, February 13, 2022, in Nampa, Idaho, at the age of 96. Services will be held at Summers Funeral Home, 3629 Ustick Road, Meridian, Idaho 83646, on February 19, 2022, with Deacon Mike Lowe officiating. Private family services will be held at Terrace Lawn Cemetery in Boise, Idaho, at a later date.

Kyle was born on January 23, 1926, in Naponee, Nebraska, on the family farm. He was the third of five children (four sons and one daughter). He attended school in Naponee, and moved with his family to Boise in 1937, where he graduated from Franklin High School in 1943.

Kyle served in the U.S. Navy Air Corps during World War II. Following the end of the war, Kyle left the military and spent two years attending Commercial Art School in San Francisco. In 1953 after working for the Veterans Administration and several other organizations, he began working as a draftsman for hospital architects. He was heavily involved in creating an efficient design for hospital kitchens and laboratories.

In 1970, Kyle returned to Boise. He and his business partner Luis K. Arrizabala opened Postal Instant Press, one of the first rapid print shop franchises in Idaho. They expanded their business to four shops in Boise, one in San Rafael, CA and one in Portland, OR, and became well-known throughout the Treasure Valley. In 1991, they sold their interest in the shops to their employees.

In retirement, Kyle and Luis travelled extensively. As devout Catholics and members of St. Mark's Catholic Church in Boise, they were pleased to be granted an audience with His Holiness, Pope Saint John Paul II, at Vatican City. When not seeing the world, Kyle spent much of his retirement expanding his talent as an artist. He entered a number of his works in local competitions, winning several awards for various paintings, some of which were made into Christmas cards to benefit St. Luke's Hospital. He spent his last years quietly at the home he designed and had built in Boise, visiting family and friends often, always in the company of his Yorkshire Terrier, Jamie.

Kyle was preceded in death by his parents, Fred G. and Eura Violet (Clampett) Smith; his three brothers, Teddy, Calvin, and Merrill; and his best friend Luis K. Arrizabala. In lieu of flowers the family suggests donations in Kyle's name to your favorite charity.

To send flowers to the family or plant a tree in memory of Kenneth Kyle Smith, please visit Tribute Store
Saturday
19
February

Share Your Memory of
Kenneth Kyle
Upload Your Memory View All Memories
Be the first to upload a memory!
Share A Memory
Send Flowers