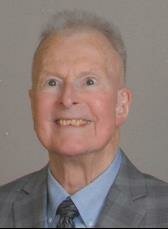 Please click on the link below to see the livestream of Nick's service:

Charles Nicholes Alexander was born at home on September 7, 1940 to Una Dell Otto and Charles Foster “Jack” Alexander, in Rosenberg, Texas.   When he was still very small, his mother hitched a ride on a troop train to Caldwell, where they were taken in by her sister Edith and her husband, Nick’s beloved “Uncle Ward” Tucker, and where his mother soon came to be known simply as “Tex”, and eventually became a Canyon County Commissioner.  The rest of the family soon followed, and Canyon County was filled with rambunctious Texans who raised Nick as a large extended family full of the love and service that he gave for his entire life.

When Nick was 9, his mother met Harold Coles, and gave him a Dad.  They blessed him with three brothers: Ric (Sheree), Terry Jay, and Chris (Marie) all still of Nampa.

He graduated Caldwell High School, where the class of ’58 still remains remarkably close.  At Caldwell he met his lifetime friends “the Four ACES” Nick (A)lexander; Delbert “Deb” (C)oon; Larry (E)idemiller; and Ken (S)mith.   He was always especially proud of his service in the Army National Guard for many years.

Nick attended College of Idaho, where, through the piccadillos of alphabetization, became aware of a brunette beauty who also had the last name of Alexander.  Judith Faye’s time was in high demand, but Nick sat in the lobby of Simplot Hall, reading his books and resisting all attempts to shoo him away, until he finally broke her down, and a Great Love Story took hold.  They were married in April 1961, and she held him as he passed away.

Nick and Judith have two sons, Steve of Twin Falls, and Gene of Nampa.  They spent their time in the Mountains of Idaho, Hunting, Fishing, and Camping and supporting the boys activities, First in Payette and then in Boise, where Steve and Gene attended Borah High School.  Nick was a booster of Borah activities, where The Outdoorsman was a listed booster hanging in the Gymnasium.

The boys gave them two beautiful daugher-in-laws, Lisa Joy, and Chantay, who Nick loved very much and considered as his own daughters.  He had 3 Grandchildren, Alan, Angela and Finn, who were his pride and his joy and the recipients of vast and unconditional amounts of love.

Nick spent most of his life in the sporting goods business, First at Pennywise Drug in Caldwell and Twin Falls.  He was a manager of Sporting Goods departments for KMart in the Puget Sound area, and when his love of the wilds of Idaho called him back, joined The Outdoorsman in Ontario, under the “Fat but Beautiful Water Tower”.  In 1976, Nick opened The Outdoorsman store in Overland Park in Boise, and the company soon expanded to a third store on State and Glenwood.

In 1986 Nick left the Outdoorsman to pursue an opportunity as a retail consultant for the GA Wright company.  That job allowed he and Judith to travel the four corners of the United States, as he would set up shop at various stores and explore the surrounding areas.  He was particularly fond of time they spent in Española, New Mexico, where he and Judith immersed themselves in the local culture and people.

Nick retired to various business ventures, and threw himself into support and work on behalf of his beloved Whitney United Methodist Church, where he became a trustee and sang in choir.  He loved to support Zoo Boise, the Discovery Center and Museums, and his passion became, through Joseph’s Closet and Idaho Food Bank and other charity organizations, helping to provide for the support and clothing of Boise’s growing immigrant population and others in need.

Nick’s giant heart showered love upon anyone he encountered, and he was universally loved and admired by all.  He always had an infectious smile, a ready joke, a willing shoulder and an iron grip for anyone who needed it.

Nick is survived by Judith, their sons, his precious grandchildren, his brothers and their families, Judith’s brother and sister John (Donna) and Joy (Larry) and their families, too many cousins and relatives to count, and a vast network of friends who he loved, treated and considered part of his family.

He will be missed by his family, the community, and anyone lucky enough to have fallen into his orbit.

To send flowers to the family or plant a tree in memory of Nick Alexander, please visit Tribute Store
Sunday
13
February

Share Your Memory of
Nick
Upload Your Memory View All Memories
Be the first to upload a memory!
Share A Memory
Send Flowers