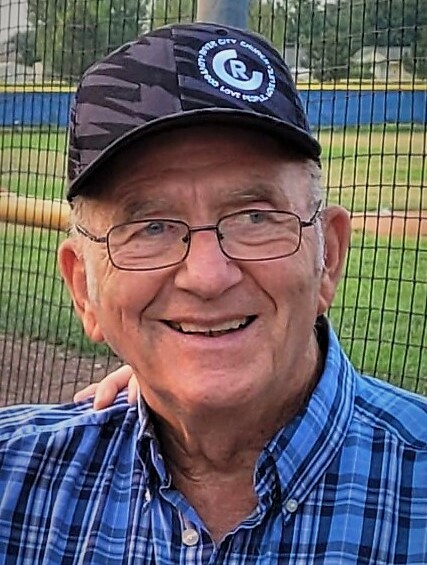 Charles “Chuck” Anthony McCullough was born to Kirby and Dorothy McCullough on November 23rd, 1941, in Brooklyn, New York. He was the oldest of 5 siblings. He graduated from Long Beach High School and as a sophomore, he was hired as an usher for the West End Theater. Chuck memorized nearly every line from the movie “The Ten Commandments” as he watched it repeatedly for months. In later years, he would recite the lines- in character for his 3 children every chance he had.

On July 27th, 1961 he joined the US Air Force, and reported to his first duty station in Mtn. Home Idaho. He trained at Lackland AFB as a sentry dog handler and security guard weapons specialist. He would spend eight years in active-duty service with the United States Air Force.

While stationed at Mountain Home Air Force Base, Chuck would often accompany his friends on weekend trips into Boise. On one such trip, Susanne Kalousek caught his eye. He described her as “the love of my life and the girl of my dreams.” They were married on May 11, 1963. His love for Sue was always at the forefront of his thoughts, and he would often share this with friends, coworkers, family members, and acquaintances. Their three children Kimberly, Craig, and Laurie were blessed to live in a home with a father who truly loved and adored their mother.

During his 39 Years of extensive military service, which included his time in the Idaho Air National Guard, he was awarded multiple commendations and recognized regularly for his exemplary attitude and performance. He participated in the 95th Combat Defense Squadron at Goose AB Labrador, assigned to a Security Detail to assist in Atlanta Georgia for the 1996 Summer Olympics, He qualified as a USAF Sharp shooter with the M-16 rifle and the .30 caliber carbine, provided outstanding support for the 763 EARS Squadron @ the Al DHAFRA Air Base in United Arab Emirates for operation Southern watch and served in Dessert Storm. Chuck retired from his position as Chief of Law Enforcement at Gowen Field on December 31, 2000. His love for aviation led him across the runway where he would work ten more years as an Airport Operations Specialist at the Boise Airport.

Chuck and his family attended church at St. Paul’s in Nampa, St Mary’s and St. Johns in Boise. Chuck sang with his wife in the choir, volunteered at the Taco and Churro booths during fair fundraisers and participated in numerous church activities with his family. He loved to listen as “His Girls” sang during the Saturday mass and never missed an opportunity to share how proud of them he was to others.

Chuck fully surrendered his life to Jesus at a Promise Keepers event, and was baptized on August 1, 1999 at Meridian Assembly of God. He continued to serve his church and community at River City church in Boise as an usher, parking lot attendant, greeter, and food bank volunteer. He was commonly known as the most trusted and punctual coffee maker for 20 years. Most Saturdays you could find him at the Black Bear Diner where he attended bible study with his best friend, Rich and his other buddies. For the last 11 years he participated with his wife and several of their dearest friends in their church’s Life Group.

He cherished the many years he spent with the Freedom Resource Center, Delmer Blades and Norm Thorngren. He ministered to all those who came through the food bank and food truck outreach. Chuck also enjoyed church mission trips to Puerto Rico and Alaska where he helped to advance the Kingdom.

Chuck supported Sue during her 22 year long career with Tupperware. As Sue was recognized for her efforts, they were rewarded with trips, gifts and a beautiful new Station Wagon every 2 years! They attended numerous seminars throughout the country and vacationed in Acapulco, Hawaii, and the Caribbean. Together they made many life long relationships with their Tupperware associates and peers.

In recent years, Chuck was diagnosed with Alzheimers. As this vile disease progressed, his health began to decline. In the early hours of Tuesday, January 18th of 2022, Chuck was welcomed into his Saviors open arms. His loving wife and daughters were at his side when Jesus took him home. Chuck rejoices now from heavens shores and looks forward to the day he will be reunited with his wife of 59 years; Sue, his daughters: Kimberly Beaux (Chris) and Laurie Baisch (Greg). Grandchildren: Audrey, Quenten (Tiffany), Krista, Hailey (Jerel), Adam, Sam, Emilee, Conlan, Alaura. Great grandchildren: Charlize, Elijah, Ryker, Emery, Reagan, Theo, Ben, Nova, Braxton, and Graften (born 1/22/22). Sister Carol, brother Gene (Peggy), sister-in-laws Rita (Ron), Mary Lou and Joannie, numerous nieces and nephews. He was preceded in death by his parents, his brothers, George and Kevin, brother-in-law Stanley, nephews Stanley and Mark and his beloved son Craig.

You are invited to join us for a Dinner reception in the hall after the service.

In lieu of flowers, donations can be made to River City Church - Kingdom Builders

To send flowers to the family or plant a tree in memory of Charles McCullough, please visit Tribute Store
Monday
31
January