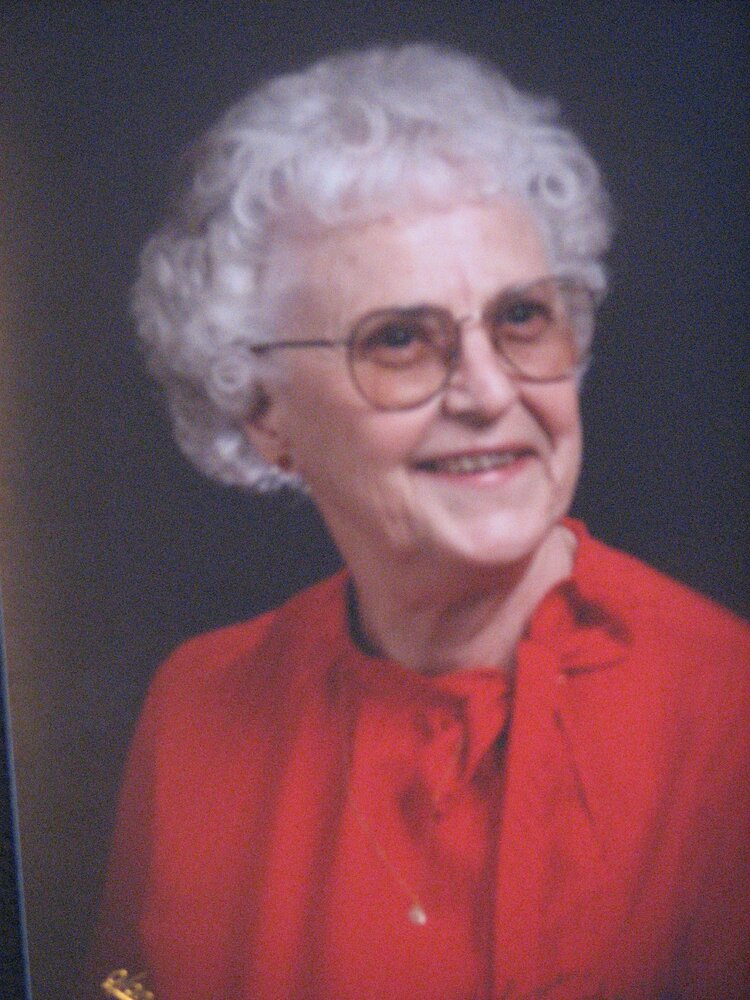 Please click link below to view livestream of Funeral Service

Fredna (Wood) Greene was called home by her heavenly Father on December 3, 2021, after a two-year battle with the effects from a serious stroke.

She was born on November 12, 1918, the day after the armistice ending World War I was signed, the third child of Fred B. and Nan K. (Armstrong) Wood. She attended Whitney Elementary School, a four-room schoolhouse at the time, graduated from Boise High School in 1936, and studied for one year at Boise Junior College, now Boise State University. To address financial challenges during the depression of the 1930s, she ended her college studies and went to work as a telephone operator with Mountain States Telephone in Boise.

During the winter in 1939, Fredna followed her heart and took a train from Boise to Durango, Colorado, to be with her high-school sweetheart, James F. “Jim” Greene, who was working as a driller on a road construction crew. They married on January 17, 1939.

Following a few months in Colorado, the couple returned to Boise. Fredna rejoined the telephone company and Jim began working at various jobs, whatever he could find. In 1943, Jim enlisted in the U.S. Army Air Force. That July, they welcomed their first child, a daughter, Jerrie Lee, and Fredna became a full-time mother. Upon discharge from the Army, Jim joined Idaho Power Company, and remained there until his retirement in 1981. A son, James, joined the family in January, 1947.

Fredna, a native and life-long resident of Idaho, loved camping, fishing, boating, and waterskiing with her family, along with joining her husband on hunting trips. Learning and experiencing the history of Idaho created a sense of pride in her home state. Although she often travelled to other states and abroad to visit family or enjoy vacation, she was happiest at home in Idaho.

She enjoyed being a homemaker, baking from scratch, sewing, and knitting to make things for her family. Volunteering with St. Luke’s Hospital, helping others in any way she could, and interacting with a wide variety of people were sources of happiness for her.

As retirement approached, she and her husband purchased property, built a log home overlooking Morse Creek, off Dunningan Creek, a few miles south of Idaho City, and moved there in 1981. Following her husband’s death in 1992, Fredna returned to Boise, moved to Camlu, now Heatherwood Senior Living Center, and became an enthusiastic participant in the many activities available there for more than 27 years. She re-vitalized her membership at University Christian Church, now known as Parkview Christian Church, re-connected with friends, and made many new ones.

The family extends a sincere thank you to the medical team at St. Luke’s Hospital – Boise; the entire staff at Riverview Rehabilitation; the caregivers at Autumn Cove Assisted Living and Streamside Assisted Living, and the Keystone Hospice team, for their support.

In lieu of flowers, the family suggests donations to your favorite charities.

To send flowers to the family or plant a tree in memory of Fredna Greene, please visit Tribute Store
Wednesday
15
December

Share Your Memory of
Fredna
Upload Your Memory View All Memories
Be the first to upload a memory!
Share A Memory
Send Flowers