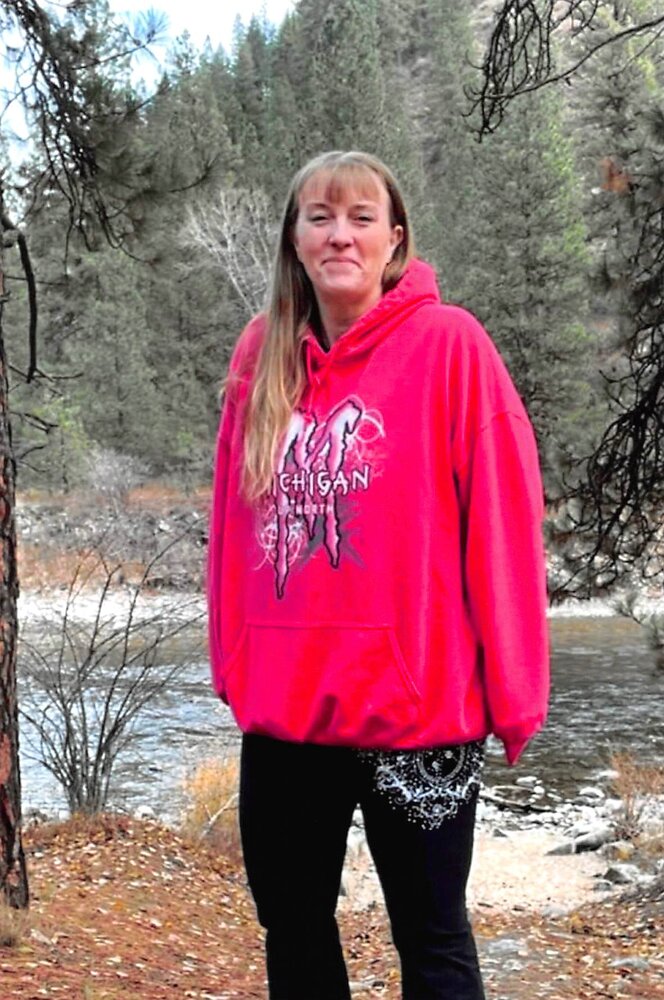 Crystal Robison – Wife, Mother, Sister and Friend passed away at the young age of 44 in her sleep at her home in Boise on November 18, 2021. Crystal was born in Boise Idaho on September 20, 1977 to Ed and Gail Summers. Crystal was a very happy child, lots of love and hugs.

Crystal grew up in Boise, she attended Ustick Elementary, Lake Hazel Jr. High and graduated from Meridian High School in 1995.

Crystal attended Boise First Church of the Nazarene later changed to “Tree City Church”. Growing up, she enjoyed volunteering and helping with projects in San Francisco - Oak House, LA, and Venezuela in 1994. She even helped repair and refurbish a church camp. Crystal went to BBC and made many good friends, a group of them traveled to Mexico to help build a home for a family.

When it came to Crystals family and friends she would put them first, she had the softest heart and was willing to help anyone. Crystal was such a kind, loving and generous person; she would stop at nothing to lend a hand or even give the shirt off her back.

Crystal had a passion for helping people, she worked as a CNA at various places. One location was at Life Care where she met Scott C Robison her future husband. They married in July at the Hitching Post in Coeur d’Alene Idaho. With the marriage, also came a new addition... a 4-year-old Scott Jr.

In August, the two moved to Johnson City Tennessee. They agreed it was beautiful there, but quickly moved back to Boise in January 1999 to be close to their parents. In July they were blessed with the birth of their daughter Brieanna Rose.

Crystal soon started her long journey through med schools, she was very smart and hardworking, needless to say it was challenging but she did it. She became a Pharmacy Tech, worked for Sunscript Pharmacy for a few years, then on to TVCC where she completed a lot of her basic studies. She was invited to join a sorority - Phi Theta Kappa and served as president for one year. Schooling was important

From there she went to Albertson College and then CWI. Crystal was in the first nursing class to graduate from CWI. She received her BS from BSU and is currently employed at Cottonwood Creek Behavioral Hospital. With Crystal’s passion for nursing, she soon realized she wanted more, she set out to become a Nursing Practitioner. Crystal was 2 ½ years into the program with Walden University and began looking for local doctors to complete her residency.

Crystal and Scott enjoyed doing many things together, they were adventure buddies. She enjoyed going to concerts to see her favorite artist (Garth Brooks), She enjoyed the outdoors by riding her motor cycle and went camping, fishing and kayaking on a regular basis. Crystal’s favorite destination is the Oregon coast and visiting the site where Scott had proposed to her.

There will be a celebration of life at:

Valley Shepherd – Church of the Nazarene

Please go to the west (left) side of the building (not the main sanctuary).

To send flowers to the family or plant a tree in memory of Crystal Robison, please visit Tribute Store
Thursday
2
December

Share Your Memory of
Crystal
Upload Your Memory View All Memories
Be the first to upload a memory!
Share A Memory
Send Flowers