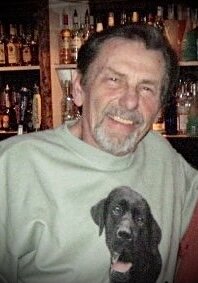 Russell "Russ" Dean Purcell, 79, of Boise passed away unexpectedly, but peacefully in his sleep on Monday November 15th, 2021.

His desire to become a self-employed business owner was sparked by his involvement in Purcell's Sporting Goods, the family run Boise business. He later went on to open Fat's, a '50s & '60s themed night club.

Little did he know that when he interviewed a beautiful, young blonde for a position in his night club Fat's, that he would later marry her in 1992. Russ and his wife Lori went on to remodel Fat's into The Zoo and then to the well-known Treasure Valley icon, Bogie's, located in Downtown Boise at 12th and Front St. That family-owned building was eventually sold, but not before Russ expanded to his most recent venture, The Buffalo Club located in west Boise.

Russ was a hard worker, devoted to his businesses which made him a well-respected and successful night club owner in the Treasure Valley. Family, customers and his staff knew he was tough-as-nails, but had a soft heart that was willing to help anyone in need. He spent much of his time nurturing his business and sometimes you could see him enjoying one of his most favorite indulgences, a glass of the smoothest, best

scotch whiskey with water and a twist of lemon.

Russ was a Freemason and member of the Masonic lodge, raised to Master Mason status in Lodge #93. He joined the El Korah Shrine and proudly became president of the Player's Association.

Services will be held on Tuesday, November 30th at 1:OOpm at Summers Funeral Home: 3629 E. Ustick Rd. Meridian with a private family interment at Dry Creek Cemetery to follow.

There will be a Celebration of Russell's life at 3:00 pm at The Buffalo Club following the service. All are invited to come and share stories and memories of this wonderful man.

To send flowers to the family or plant a tree in memory of Russ Purcell, please visit Tribute Store
Tuesday
30
November

Share Your Memory of
Russ
Upload Your Memory View All Memories
Be the first to upload a memory!
Share A Memory
Send Flowers