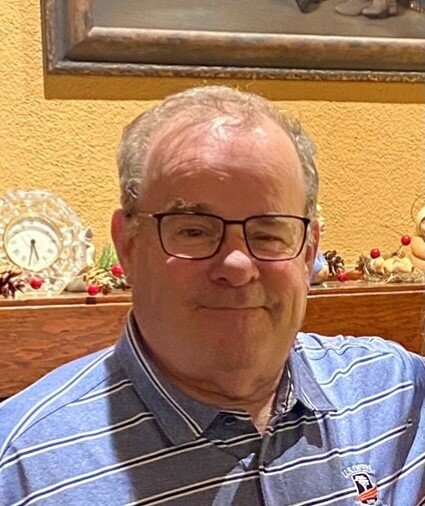 William Michael Moynihan III, or “Bill,” or Dad, as we knew him, passed away in Boise, Idaho on November 16, 2021 after a sudden and unexpected illness. He was lovingly surrounded by his wife of 43 years Elizabeth Ann Moynihan (Brennan) and his daughters Mary Katherine Torres and Molly Collins.

Bill was born a twin on January 28, 1956 in Detroit, Michigan to William Michael Moynihan II and Maureen Moynihan (Sinnott). As one of five children with a twin to match, Bill was raised in a home of Irish stock and Catholic faith. Bill and Joe were a charming and mischievous duo; traits in Bill that continued into adulthood. As a product of Detroit Bill was an ardent fan of Motown sports teams, especially the Red Wings and the Tigers.

Bill attended Gesu Catholic School and University of Detroit Jesuit High and Academy. Exposure to the Jesuit philosophy forever informed Bill’s life and ethos. Bill was modest and thought of paying debt as an act of integrity. Yet, Bill was incredibly generous. His philanthropy and kindhearted deeds were met with one demand: anonymity. Bill had an immense work ethic, was a voracious reader, and exercised a tight word economy.

Bill attended Michigan State University and graduated with a Bachelor of Science in Economics in 1978, adding the Spartans to his list of beloved teams. Later that same year he married the girl that grew up two blocks away; the love of his life, Betsy Brennan, at Marygrove College.

In 1980 Bill and Betsy moved west to Boise, Idaho. The move took Bill to the arid west and he was frequently heard expressing gratitude for the life he had built here in Idaho. This is due in no small part to the Brennan family that settled here and the rewarding work he loved. In 1981 Bill was hired by AceCo Precision Manufacturing as a part time machinist and general laborer; through grit and savvy he eventually became president of the company. Bill helped lead the company to great success and cared deeply about the employees. The family is thankful to have received so many stories of Bill’s kindness and humor already.

For all his success in business, Bill was even more successful as a husband and father. Dad could turn a phrase and whatever its intended impact, it was understood. Dad was home for family dinners, drove for sports practice, attended piano recitals, Sunday school, and parent teacher conferences. For many years he spent every weekend of the autumn and spring at Simplot Sports Complex watching his three children play two soccer games each (sometimes more). His three children ­– Billy, Mary Kay, and Molly – grew up incredibly well-loved and were provided every opportunity, every support. In 2011 Bill lost his eldest child and only son, Billy. In a fashion true to his roots, Bill grieved his son in quiet grace and we take comfort in that they are joyously reunited. In 2016 Bill became a grandfather and gained yet another name, and perhaps most endearing of all: “Papa.” He relished the role and loved his four granddaughters limitlessly; he was a hugger, coin-giver, joke-teller, and was sure the house was stocked with the cookies and treats grandparents get to dole out freely.

Bill was a man that did not suffer fools, the entitled, nor the impolite gladly. He loved a good cigar, an inappropriate joke, and a raging fire in the backyard fire pit. His tight hugs, his stories, his sage advice were not to be missed – and yet, only days after his passing, they are deeply missed.

Bill is survived by his wife and soul mate, Betsy Moynihan; his daughter Mary Katherine Torres (Nick); and his daughter Molly Collins (Sean). He is also survived by his mother, Maureen Moynihan, and his four granddaughters Mia Torres (5), Theodora Collins (4), Ruth Torres (3), and Annie Bill Collins (1). His four siblings, thirteen in-laws, and sixteen nieces and nephews will miss him.

In lieu of flowers please send donations to the William Moynihan Endowment for Women’s Athletics care of Bronco Athletic Association. They are located at 1910 W. University Drive, Boise, ID 83725.

To send flowers to the family or plant a tree in memory of William Moynihan III, please visit Tribute Store
Wednesday
1
December