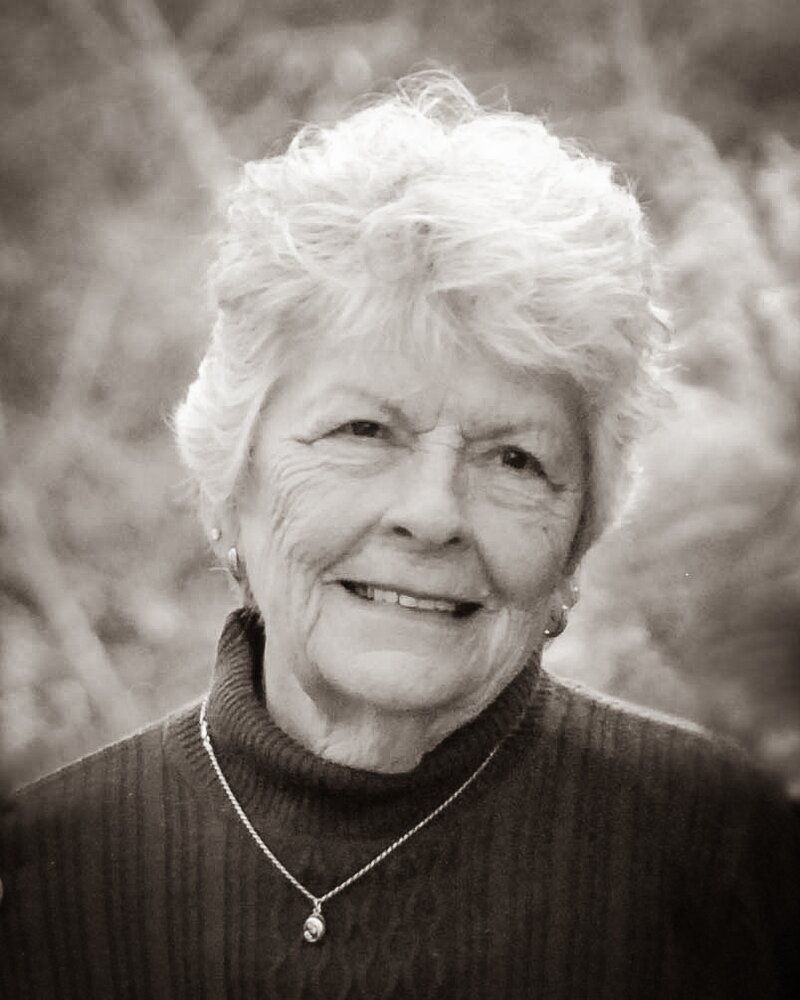 Betty Ruth Hance Smith, 92, of Boise passed away on October 25, 2021 in Boise, Idaho. The
daughter of Loren Howard Hance and Ruth Vivian Sherman Hance, Betty was born in Portland
Oregon October 3, 1929.
Mom grew up in Boise’s North End, living close to her beloved grandparents and extended
family. She had happy memories of playing “kick the can” in the alleys with neighborhood
friends. At age 12, life took a difficult turn for the Hance family, when their father Loren was
taken prisoner during the Battle of Wake Island, dying in captivity in Japan during the war. As a
teenager, Mom worked at the theaters downtown: the Boise, the Ada, the Granada, and the Rio
and Rialto. She married young and was blessed with five children from the marriage. As a
loving and dedicated single mother, she worked hard to support her family. She met Marion
Smith at a dance at the Eagle’s Lodge and with their marriage he quickly became father to
Larry, Vickie, Kathy, Sue and Tim. They moved to the Spivey Ranch in Oreana where daughter
Patricia joined the family.
Living on remote ranches in both Owyhee County and in Boise, Betty made every place a warm
and comfortable home. No one left her kitchen hungry, and if you were very lucky, you would
have had one of her famous sourdough biscuits. Betty and Marion enjoyed camping and
boating, especially with friends Allen and Barbara Frentress.
Betty was a crafter and artist and she generously made one of a kind gifts for her family and
friends. These ranged widely from barbed wire wreaths to intricate beaded lizard pins. Her
grandmother taught her to crochet and she used that talent to create many functional gifts for
her family. She loved music, learned to play the piano by ear, and loved singing to her
grandchildren, “Home on the Range” was a favorite. There was always that call on your
birthday as she sang Happy Birthday to you.
Betty was preceded in death by her husband Marion, parents, Loren and Ruth, sisters Audrey,
Lorraine, Darlene and brother Jim. She is survived by her sister Shirley Adkins.
Betty will be remembered and loved always by her children Larry (Deana) Jenne, Vickie Smith,
Kathy (Bill) Amlin, Susan (Galen) Jolly, Tim (Paula) Smith, Patricia (James) Barnes, 23
grandchildren, 60 great grandchildren, and 15 great great grandchildren.
She will be buried at Oreana Pioneer Cemetery alongside Marion on Saturday, November 6 at
noon. A luncheon will follow at the Owyhee County Museum in Murphy.
In lieu of flowers, the family suggests making a donation to St. Jude Children's Research
Hospital.

Share Your Memory of
Betty
Upload Your Memory View All Memories
Be the first to upload a memory!
Share A Memory