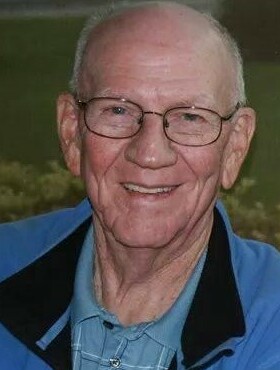 Lloyd was born January 5, 1939 in Idaho Falls, Idaho to Ellen (Haddon) and Seth Nield.  He was a graduate of Idaho Falls High School and started working in the grocery business at 13 years old.  He proudly retired from Albertsons in 2001 after 28 years of service as a store director.  Lloyd lived in Idaho Falls until 2016 when he moved to Boise to be closer to his daughters.

Lloyd was an avid golfer and fisherman.  He loved to cook family dinners.  During his retirement he spent many years in the bleachers or audience for his grandchildren’s sports and activities.  He will be remembered for his jokes, his generosity, his work ethic and his sparkling blue eyes.

For the last several years, Lloyd has been suffering from Alzheimer’s.

He was preceded in death by his son, Kevin, and his parents.

The family will host a Celebration of Life for Lloyd on Saturday, November 27, 2021.

In lieu of flowers please make a donation to the Alzheimer's Association -  Greater Idaho Chapter.

Share Your Memory of
Lloyd
Upload Your Memory View All Memories
Be the first to upload a memory!
Share A Memory