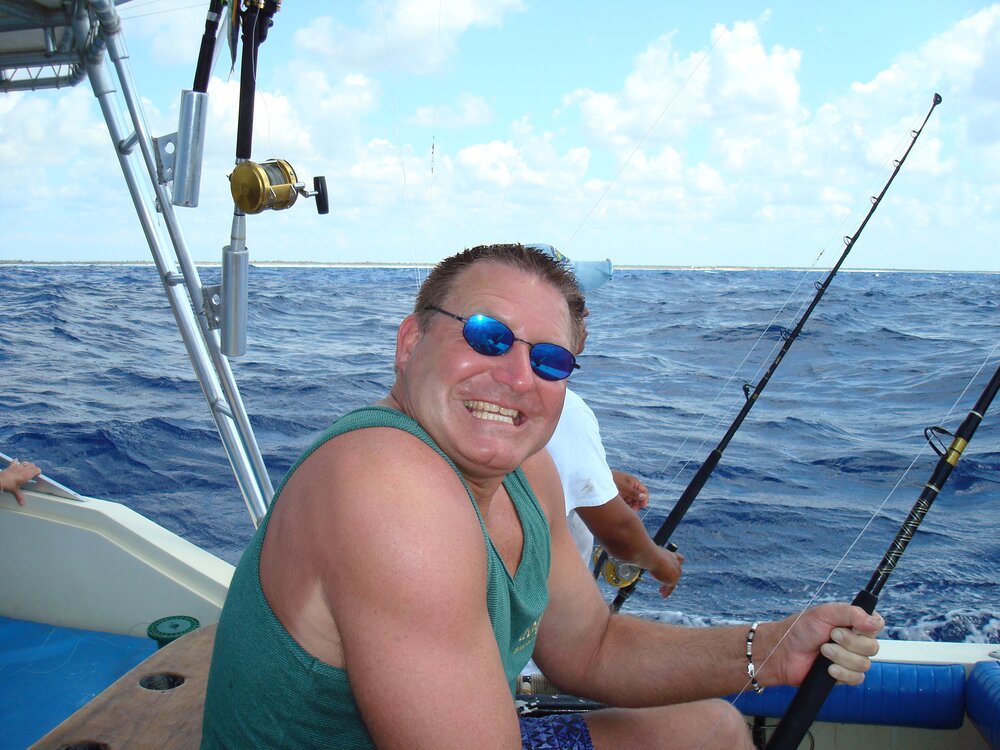 Paul Thomas Brooks, son, dad, grandpa, brother, friend passed on to heaven Sept. 25, 2021 at age 59 from covid. Paul said “I fought hard for 10 days, but in the end it got me.” He was born in Great Falls, Montana to Doug and Carron Brooks on May 20, 1962. Paul had many nicknames including Polywog, Paulie, Brother, Brookster, Moose, and Wog. He didn’t pull any punches when it came to expressing his opinion or thought. Paul was an inventor and was always looking for a better or new way to do things, he received a patent for his Polywog Fishing Pole for in your pole rod holder and was always coming up with a new idea. Paul enjoyed camping, hunting, and fishing. He played tennis all of his life and had a killer serve. Paul loved his family and would do anything for them. He also was an animal lover and considered his 3 dogs, Grizz, Nala, and Zoey as his family and they feel the loss of their beloved owner. Paul was a master goldsmith and owner of The Jewelers Bench, he started out in a little kiosk in the mall, he worked 7 days a week for a year and other jewelry stores would bring him their repair jobs. He moved several times in the mall to bigger stores until he moved from the mall. He developed a loyal following of customers over the years. This August was his 30th year in business. Paul would say his goal wasn’t to make a lot of money, he just liked helping people, he was fair, honest, and took pride in his work. The names The Jewelers Bench and Paul Brooks were one and the same and to have customers compliment him on the work he had done made it worthwhile. Paul is survived by his mom Carron Brooks of Boise, his sister Angela and her husband Greg of Boise, daughter Candace Lage and husband J.R. and their two children Spencer & Aurora of Nevada, daughter Jackie Mayhew of Nevada, and Stepdaughter Ashley Childers of Caldwell and numerous aunts, uncles, cousins, and friends. He was succeeded in death by his father Douglas Brooks and his grandparents Leston and Frances Brooks and James and Peggy Phelps. Our dear Paul, we will forever see you in the sunsets, Love your family.

In memory of Paul Brooks you are invited to a celebration of life-potluck at Paul's place. Oct 17th @ 1:30PM. Please wear your favorite fishing/hunting attire. Chicken wings and drinks will be provided. Please bring a lawn chair. Paul's home is approximately 40 minutes from Boise.

Off the Simco exit. Left on Harper then left on Lois Pl.

To send flowers to the family or plant a tree in memory of Paul Brooks, please visit Tribute Store
Sunday
17
October

Share Your Memory of
Paul
Upload Your Memory View All Memories
Be the first to upload a memory!
Share A Memory
Send Flowers