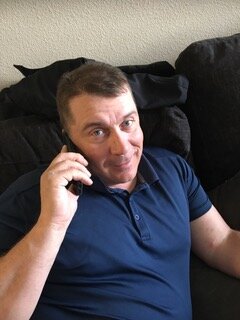 If you have ever spent a day in the mountains or the fields with Jesse Hill, you have done some “livin’”. And “livin’”, “hunt’n” and “talk’n” in a way that made a difference in others’ lives, is truly what Jesse did well.

Jesse Nathan Hill, born March 14th, 1975, entered eternal life on October 7th, 2021. His spirit and legacy are carried on by his wife, three children and extended family and friends from every walk of life.

To know Jesse was to love him; he was everyone’s best friend. Even as a child Jesse was known for his ability to love and care for others and follow it with a story to tell.

To know Jesse was to be familiar with the smirk on his face and the phone constantly at his ear. Always a story to share, whether on the phone or in person, the conversation could last for hours. And if the other friend was a “talker”? They would talk over each other for hours as neither let the other get a word in edgewise.

From all day honker hunting to overnight salmon fishing excursions, to shootin’ the bull after set-up at an event, there was never a dull moment with Jesse. Everyone would be smiling and laughing from one of his many stories or one of his well-timed jokes. He was a companion, a mentor, a father-figure to many, and would give you the shirt off his own back…but not his favorite hunting spot.

If you were going somewhere with Jesse, there was no sleeping while he was driving. He would tap you and say, “you sleep, I sleep…” and then start a new conversation, pausing only to accuse the driver behind him of “riding me like seabiscuit!”

A young Jesse may have been remembered for hiding beer in random places, such as a buddy’s oven that ultimately blew the hinges off the door. An older Jesse will be remembered as generous and heartfelt, a leader, loyal friend and a loving husband and father. Jesse could often be heard sharing his kids’ accomplishments and how he loved who they were becoming. He was a man who loved and was proud of his family.

Jesse and Kim’s journey began with Jesse telling Kim what to do as her boss; they began dating in 1997 and were married in 2001, when Kim officially became his boss. They went on to build a family and start their own business, Event Rent; a longtime dream of Jesse’s.

In 2005 Jesse’s life was forever changed when his oldest son Garrett was born, who would soon become Jesse’s favorite hunting buddy and protégé. When Alyssa joined the scene Jesse would endlessly tease his daughter; dad would eventually become known as the “dream crusher” as he would jokingly threaten to take her favorite sport of soccer away. Derek, Jesse and Kim’s greatest surprise in 2015, was lovingly dubbed Bobby or “Bob-o” as Jesse liked to call him, and was his dad’s little fishing buddy.

In Jesse’s world friends were treated like family; he made others feel like they really mattered, and he meant it. While his absence leaves a huge void in the heart of everyone who knew him, his huge heart, work ethic, friendship, and endless love for his family all live on as his legacy.

To all who knew him, he will be remembered as one of the good ones. And when we see geese flying or setting down into the fields nearby or hear a majestic elk bugle announcing the beginning of fall, let us think of Jesse and smile as we remember him out “livin’” a life that he loved.

Jesse is survived by his family: Kim, Garrett, Alyssa, Derek “Bobby”, and Michael Elorrieta (Jesse’s nephew but in his heart, one of his kids), his mother Susan Hill, his siblings Chase Hill (Megan), Lance Hill (Chrissy), Emily Hall, Blake Hill (Dakota), his in-laws Ted & Lana Black, Toni (John), Dave (Sonya), Scott, Robert (Adrienne), many nieces and nephews and so many friends who are the family we get to choose.

Jesse was proceeded in death by his Grandpa Felix and Grandma Jo.

His family would like to thank everyone for their support and love, and remind us all that Jesse would not want us to be sad. He’d want us to live life to the fullest, to be kind, generous, and take care of each other.

Share Your Memory of
Jesse
Upload Your Memory View All Memories
Be the first to upload a memory!
Share A Memory
Plant a Tree