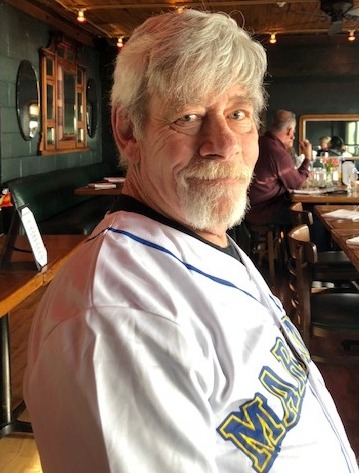 Mike attended Iiwaco High School then entered the US Army 1663-1966.

Mike worked as crab fisherman in his 20's-30's, fishing mostly in the Bearing Sea and Alaska. Hard work and a lot of partying! Mike worked on vessels such as the Dritzick and The Red Star.

Welding was something that came natural to Mike. He would weld in any profession he took on. Mike was very familiar with all types of metals, he would weld trailers, human figures, frames- you name it.

starting  his own business later in life, naming it Rhodes Refrigeration

Our dad was quite the character, people loved his quirky, sarcastic humor. He definitely said what was on his mind, there was no holding back. Mike was true...if you were a friend, he would do anything for you. Mike led a hard working yet responsible life, ensuring his kids were taken care of. He also partied hard and liked to ride his motorbike, ATV's, classic cars, trucks- you name it. He liked fishing, camping, welding, Bruce Springsteen and hanging out with his friends in front of a fire while BBQing.

The list goes on and on. Mike Rhodes was an amazing person with an amazing heart!

Dad...Mike Rhodes- we will sure miss you and look forward to seeing you in the other side

To send flowers to the family or plant a tree in memory of Michael Rhodes, please visit Tribute Store
Friday
24
September