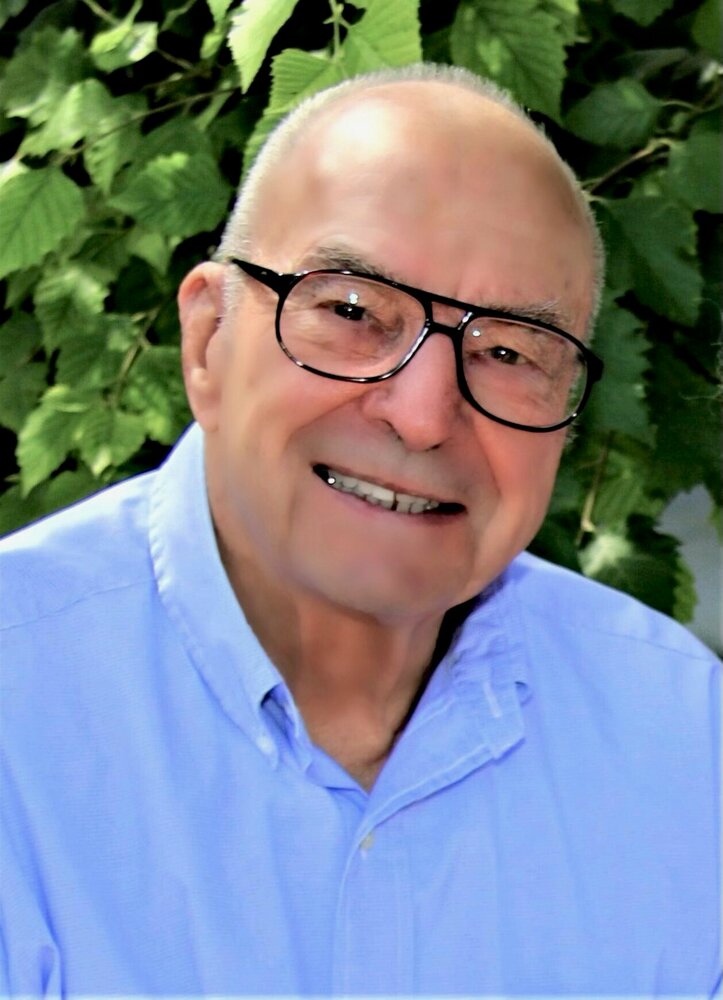 Please click the link below for Live Stream of Service at 11:00 A.M. Mountain Time

Bob, the son of Paul and Ann (Clausen) Jones was born in Boise, ID on March 27, 1925. Bob hailed from an Idaho pioneer family dating back to the Idaho Territory. Bob attended St. Joseph’s and was a 1942 graduate of St. Teresa’s Academy. In the fall of 1942, he enrolled in the University of Portland. In December of 1942 duty called and he enlisted in the United States Navy and its pioneering V12 program to help the war effort by training naval officers. He continued his education at University of Portland transferring in May 1943 to Iowa State College. In April 1945 he transferred to the U. S. Midshipman’s School at Columbia University, where he was honored as one of its top students of his class. He was commissioned as an Ensign in the United States Naval Reserve in September 1945.

He served his country honorably and nobly during World War II with duty in the Pacific and the Philippine Islands. In 1946, he was released from active-duty status and returned to the Naval Reserve. Bob continued his naval service as a member of the Navy Civil Engineering Corps (Sea Bees). He served as the commanding officer of the Boise training unit retiring with rank of Commander. After his active-duty military service, Bob graduated from Iowa State College with a degree in Civil Engineering.

Bob was an Idaho licensed Professional Engineer since 1954. He held positions with the City of Boise, the U.S. Geological Survey, U. S. Forest Service, and with J. V. Otter. He founded the Pressure Treated Timber Company selling his interest in 1962 and starting R. P. Jones Company his own contracting and engineering business specializing in geotechnical engineering and foundation design. Company records reflect that this business was involved in over 2500 engineering and construction projects located in Idaho and surrounding states of various magnitudes and complexities including the iconic fence that surrounds Stanley Basin.

Bob was a member of St. Mary’s Catholic Church: Knights of Columbus, Fourth Degree. He was a Member of the Idaho Society of Professional Engineers, the Idaho Ground Water Association, and an honorary member of Idaho Professional Geologists. Bob enjoyed being a lifelong Idahoan with roots back to the founding of Idaho. His grandfather was Thomas Jones who built the Jones Apartments located in the Boise North End. Bob was a former paper boy who enjoyed reading the Idaho Statesman until his death. Bob loved all of Idaho, its mountains, its fishing and camping. He was active in his sons’ scouting activities. He and Jean were early supporters of Bogus Basin.

He was preceded in death by his wife Vera LeJeanne Jones, his parents, his brother John Jones and his son John Houston Jones.

His family thanks all of the caregivers who kept him comfortable. Your siblings want to thank their brother and sister, Chris and Susan Jones, for their incredible patience and kindness you provided to our dad. This made it possible for him to stay in his home until the end of his life. We know he loved all his family very much and he deeply appreciated the care given to him. The family extends thanks to Tiffany from Trinity Health, and Keystone Hospice and his other special caregivers Carry and Mandy.

To send flowers to the family or plant a tree in memory of Robert Jones, please visit Tribute Store
Sunday
3
October