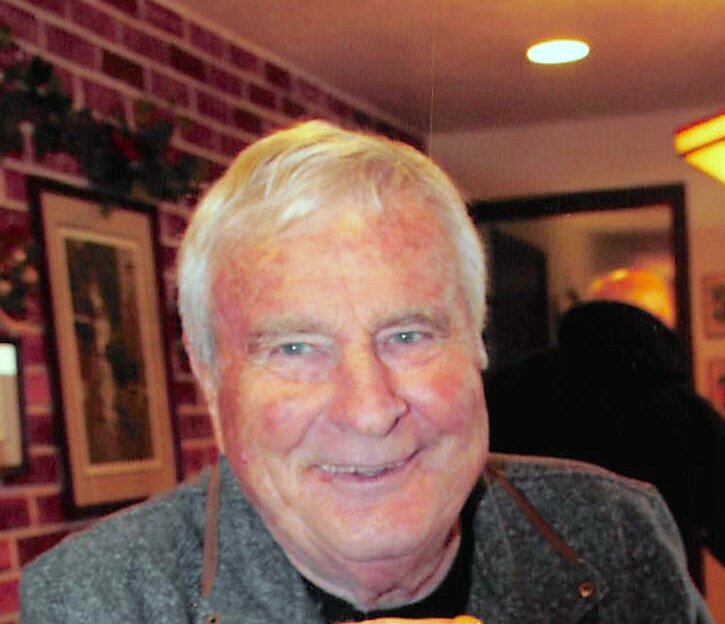 Mike was born in Minneapolis, Minnesota to Raymond and Margaret Ford Dahlmeir.  Mike’s father was killed in October 1944 aboard the USS Houston when it was attacked by the Japanese. His mother Margaret became the first National President of the Gold Star Wives which enabled her to take him on many trips which included meeting Winston Churchill (he has two cigars presented to him by Mr. Churchill) and riding in President Eisenhower's 1953 inaugural parade. His mom married Howard Mortensen when Mike was 14 years old. Howard has a purple heart from the Battle

of the Bulge (WWII). Howard was the best father and grandfather our family could have asked for. Mike passed away peacefully at St. Alphonsus Hospital on August 27th 2021.

Mike met Kathy Tyler of New Richmond, WI in 1963 and they married in Minneapolis in 1966. Two children were born to them, Michelle and Patrick. Mike graduated from the university of Minnesota at St. Cloud and passed the CPA exam in 1969.

After many years of camping, hunting, and fishing in Boise and Minnesota, the mountains of the West beckoned and Mike and his family moved to Boise in 1978. He loved everything about Idaho and the friendships he made. Mike worked for several companies in the Boise area but his favorite was working for the Idaho Fish and Game Department.

Mike belonged to the International Karate League, Boise Dojo for more than 20 years and was a black belt. He was also a member of the SW Idaho ATV club for many years.

Mike was a good, kind, honest man who loved his family unconditionally. He loved all family get togethers; especially if a prime rib roast was involved. Mike loved Snickers candy bars, beef jerky, and chocolate chip cookies. He had a mischievous sense of humor usually touched with sarcasm.

Mike is survived by his wife of 55 years, Kathy; daughter Michelle of Boise and grandson Joshua of Seattle, and son Patrick of Boise, wife Michelle, and granddaughters Alejandra and Daniélle of Boise, and brother-in-law Gerald Tyler of Minnesota. He is also survived by several nieces and cousins. He was preceded in death by his parents and aunts, uncles, and cousins, and brother-in-law, Tom Tyler. He forever missed his Springer Spaniels Misty, Nick, Katie, and Nikki. He was a great husband, father, and grandfather.

Mike will remain in our hearts forever. We miss him terribly. At the family’s behest, no formal services will be held.

To send flowers to the family or plant a tree in memory of Michael Dahlmeir, please visit Tribute Store