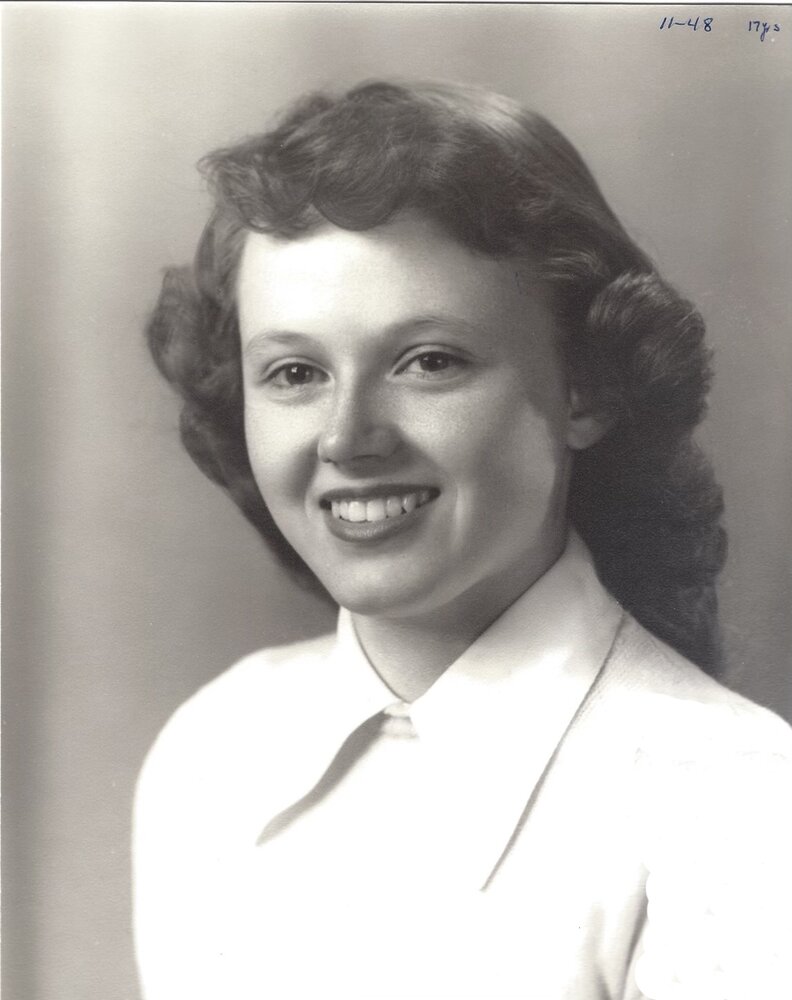 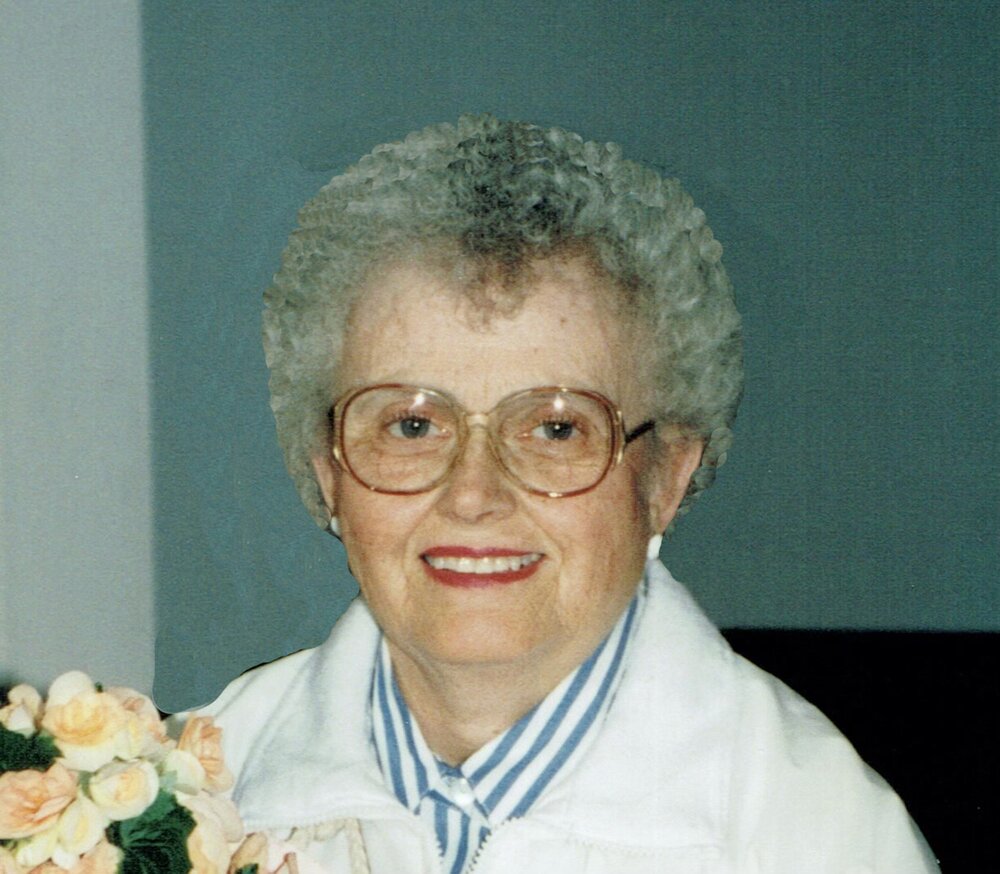 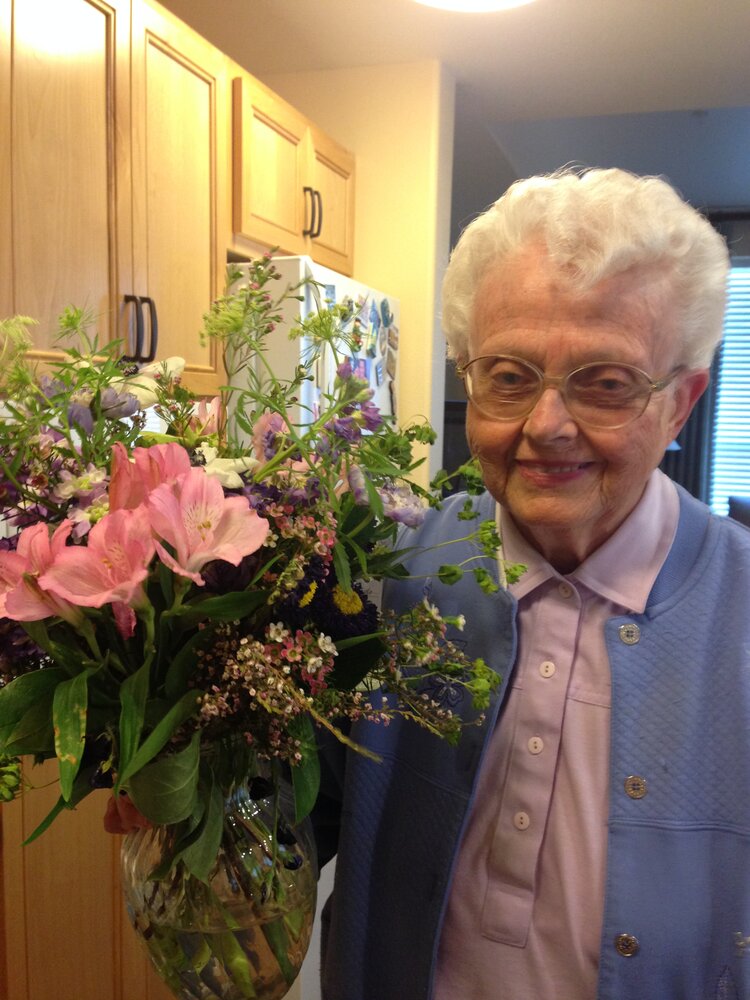 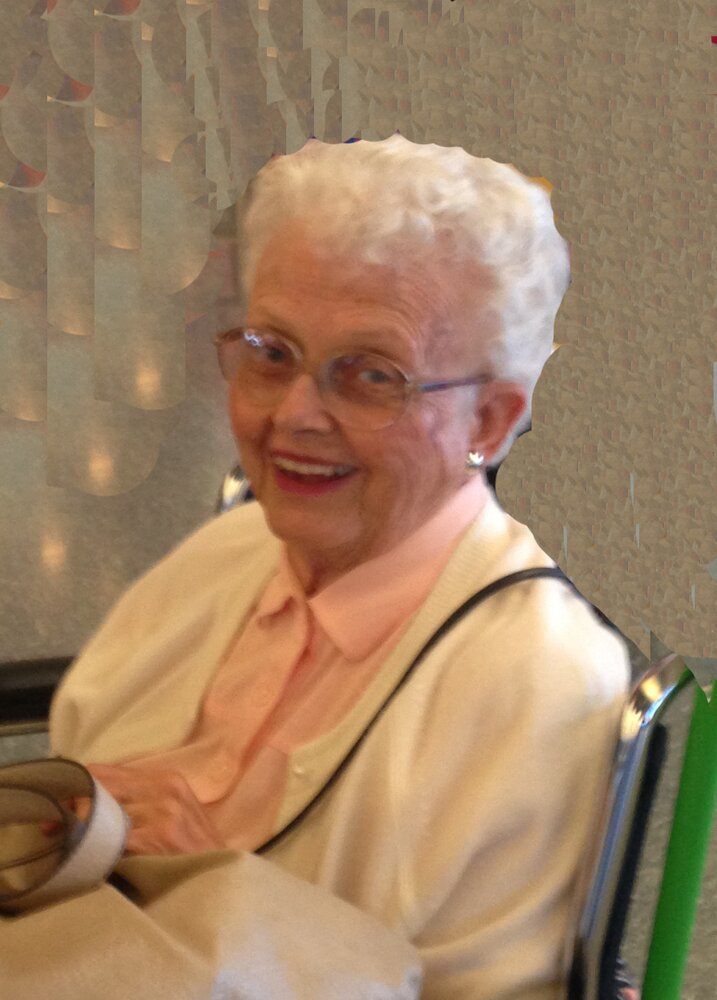 Janet passed away peacefully at her home on August 26th, 2021, one week after her
90th birthday!.  She lived with her daughter and family for the last year of her life.  Every
morning she was told that she’s in the home where she lived with her husband (and raised 2
children) for 46 years.  Her eyes would light up and she would relax with a big smile on her face…
even if that thought only lasted a few moments, we knew she was happy to be home.
Janet was born August 19th,1931 in Baker City, Oregon to Richard C. and Lora M. (Daly) Langrell.
Her family moved from Baker City to Boise when she was just 6 months old. She grew up in the North
End with her parents and sister, Betty, and attended Lowell Elementary, North Junior High and Boise
High School.  She went on to attend Oregon State University and obtained a degree in Home
Economics.
Janet started as a “Secretary” at Idaho Power in the mid 1950s and stayed there for 13 years.  She
loved her job and became proficient in shorthand.  She met Stanley Rishel in 1956 at a boarding
house near her home, but had yet to start dating him.  Circa 1961, Janet took a leave-of-absence
from Idaho Power and went to live in Hawaii with her dear friend Donna (Jorgensen) Piscione.
There, Janet worked at The First National Bank of Hawaii.  The next year, back in Boise, Janet
began to date Stanley seriously. They were married December 3, 1966 at the First Baptist Church of
Boise.  They soon moved into their home on Mountain View Drive where they resided from 1967 to
2013.
While raising two children, countless wonderful memories were made in their home with family and
friends.  Janet loved having people over to celebrate any festivity that came along, most notably
her annual 4th of July party!  Many summer days were spent enjoying time at the lake in McCall with
her sister Betty and family.  They welcomed several exchange students into their home, including
Horacio from Argentina and Kari from Norway.
As a Mom, Mike and Lori couldn’t have been more lucky.  She was always available to them.  She
attended innumerable soccer games, tennis matches, bowling tournaments and dance recitals. She
volunteered at Mountain View Elementary in the 1970s assisting teachers with any needs.  As her
children grew, she began volunteering at St. Alphonsus Hospital where she lent a helping-hand for
nearly 30 years! Janet was also a member of Junior League and Hillview United Methodist Church (oh
how she loved being with friends at their after-church luncheons).
Janet loved to travel! She and Stanley increased their travel-game a great deal in the 1990s after
they had an empty nest. Many trips were taken with great friends.  Favorite trips included: a
European river cruise, New England, New Zealand, Italy, Scandinavia and Hawaii. Also, Janet and 4
of her college/sorority friends met every-other-year at different destinations to never lose touch.
In 2013, Janet and Stan moved to a senior-living community, Meadow Lake Village, in Meridian,
Idaho. They lived in independent living for 4 years and then assisted for 3 years.
Although these years were hard, they made many friends and had wonderful caregivers.
Janet was preceded in death by her parents Richard and Lora; her husband, Stanley; her infant
daughter that survived 2 days in 1969; and her sister, Betty Langrell Bagley. She leaves behind her
daughter Lori Rishel-Klotovich (Zach) and their children Gracelyn and Ava, her son Michael Rishel
(Kari) and their children Kyla, Kellen, and Cade, and nephew Dick Bagley (Susan); nephew Douglas
Bagley (Katie); and niece Diane Bagley; and many more
great nieces and nephews.

The family deeply thanks the excellent care of Keystone Hospice and all the caregivers
that gave their time and love to make Janet’s last days comfortable. Alzheimer’s is often called
“The Longest Goodbye.”  Now we must say goodbye to Janet for the last time.  We will miss her
with all our hearts.

To send flowers to the family or plant a tree in memory of Janet Rishel, please visit Tribute Store
Friday
10
September