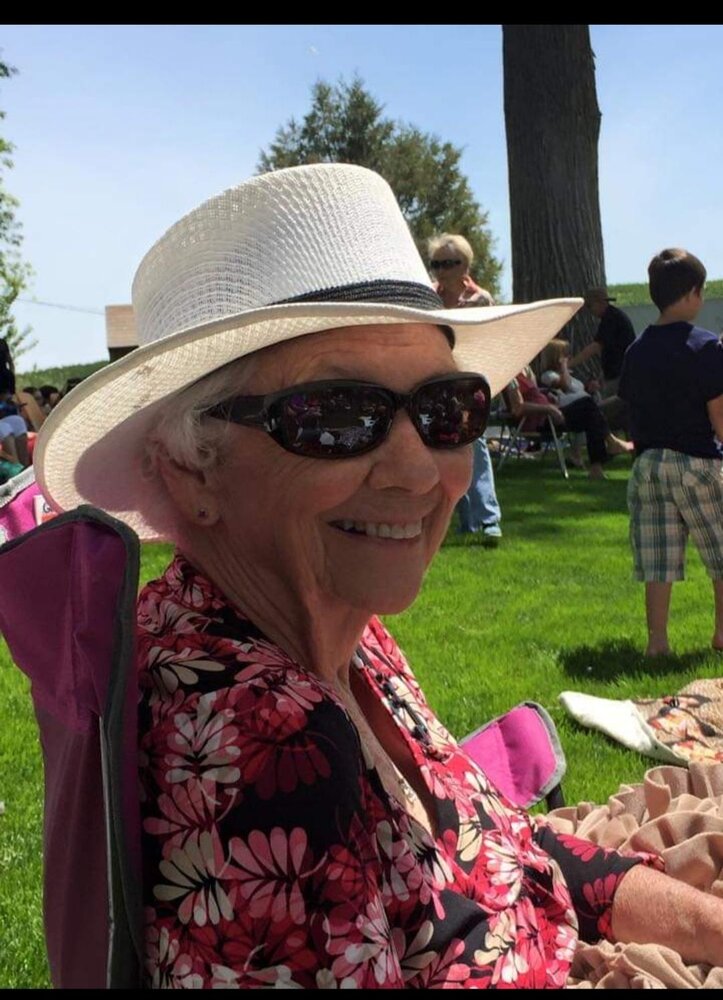 We said goodbye to our loving mother on August 13th, 2021. She was at home surrounded by a great sea of love and passed into the open arms of her husband Frank and all the other loved ones that had gone before her.
VaLoy was the oldest of 4 children. She was born on August 27, 1935, to Lewis and Hedve (Lake) Birkinbine in Idaho Falls, Idaho. As a child she also lived in Portland, Oregon and Pocatello before the family moved to Boise in 1944. This is where VaLoy met and married her sweetheart, Frankie Pierce in 1950. She raised 2 sons and 2 daughters and shared a storybook love for 58 years before Frank’s passing in 2008. In the later years of retirement, they also made their home in Donnelly and Caldwell.
VaLoy cared for her children and husband while always remaining happy and passing out lots of smiles and sunshine. She found joy in cooking, sewing, painting, tending her yard and living in service to her Heavenly Father. These were her unconditional acts of love.
She leaves behind a son, Neil (Carol) Pierce, 2 daughters Gayle (William) North and Lisa (Timothy) Howes. A brother Ronald (Vickie) Birkinbine, 8 grandchildren, 9 great-grandchildren and 3 great-great grandchildren.
She was preceded in death by her parents, 2 brothers Gary Birkinbine and Dale Birkinbine of Boise, an infant sister Gay, her husband Frankie, her oldest son Frank, and her step granddaughter Lisa Marie.
Graveside services for family and friends will be held on Saturday August 28th at 10:00am at Dry Creek Cemetery. Everyone is invited to Gayle and Bill’s home following the service.

Share Your Memory of
VaLoy
Upload Your Memory View All Memories
Be the first to upload a memory!
Share A Memory