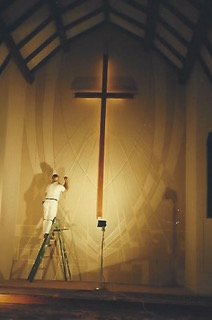 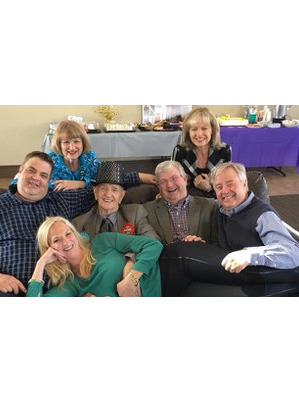 Joseph “Earle” Yager, devout  Christian and devoted husband and father, died peacefully at home in Meridian, ID, on August 5, 2021, surrounded by family and friends. He was 93 years old.

Earle and his twin Merle were the youngest of six children born to Leda and Lee Yager on the family farm in Excelsior, Iowa, on April 3, 1928. At the physician’s suggestion, he received payment of one dressed chicken from the Yager farm monthly for a year for delivering the unexpected two babies instead of one.

On the family farm, Earle learned critical life lessons that would define his character. These included the value of hard work, perseverance, honesty, mastering many skills, wasting nothing, and elevating the importance of faith, family, friends and community. Earle also developed a love for music, and along with his brother Merle, played the mandolin as a duo.

He graduated from Excelsior High School in Dickinson County, IA where he was a standout basketball player and set records for consecutive free throws sinking more than one hundred without a miss.

Earle met the love of his life, Alice Rients, at a roller skating rink on July 4, 1948, in Lakefield, MN. They were married April 17, 1949, and moved to the Yager family farm south of Lake Park, IA. Earle was known for his award-winning dairy herd.

Alice and Earle ultimately had six children, living in Heron Lake, MN before moving to Hartley, IA where Earle entered the retail business, owning a department store and later a fabric store in Sibley, IA. After selling the two stores, he started a wholesale business, servicing fabric stores throughout northwest Iowa. He then pursued a career in painting and home remodeling and took great pride in his work. His children were especially proud that he painted the inside of St Paul’s Lutheran Church in Hartley, IA. Upon retiring, Earle and Alice moved to Boise, ID to be near children and grandchildren.

Earle and Alice believed in service to the community and the importance of the 4-H Club. They helped mentor troubled youths, even taking some into their home to provide love, support and encouragement. Additionally, Earle served on the city council, home owner’s association and Kiwanis Club.

Earle was a talented woodworker. He enjoyed making keepsakes for his children and grandchildren, such as rocking horses, baby cradles, toys and furniture. These heirlooms are cherished by his family.

In recent years, Earle returned to his farming roots and enjoyed raising flowers and was especially fond of geraniums that he joyfully shared with friends, family and neighbors.

He is preceded in death by his loving wife Alice of 67 years, his parents, and all of his brothers and sisters.

Earle will be greatly missed by his family who loves him dearly.

Funeral services in celebration of Earle’s life will be held at 2:30 p.m. MDT on Sunday, September 12, 2021, at Grace Foursquare, 2240 East Franklin RD in Meridian, ID. The service will also be streamed live on Foursquare’s website: https://www.gracemeridian.com.  Click here to watch on-line.

A celebration of life service will also be held in Hartley, IA at a later date. (Most likely in 2022)

Arrangements are in the care of Summers Funeral Home, Meridian, ID. Memories and condolences may be shared with the family on Earle’s memorial web page at www.summersfuneral.com

To send flowers to the family or plant a tree in memory of Joseph Yager, please visit Tribute Store
Sunday
12
September

Share Your Memory of
Joseph
Upload Your Memory View All Memories
Be the first to upload a memory!
Share A Memory
Send Flowers