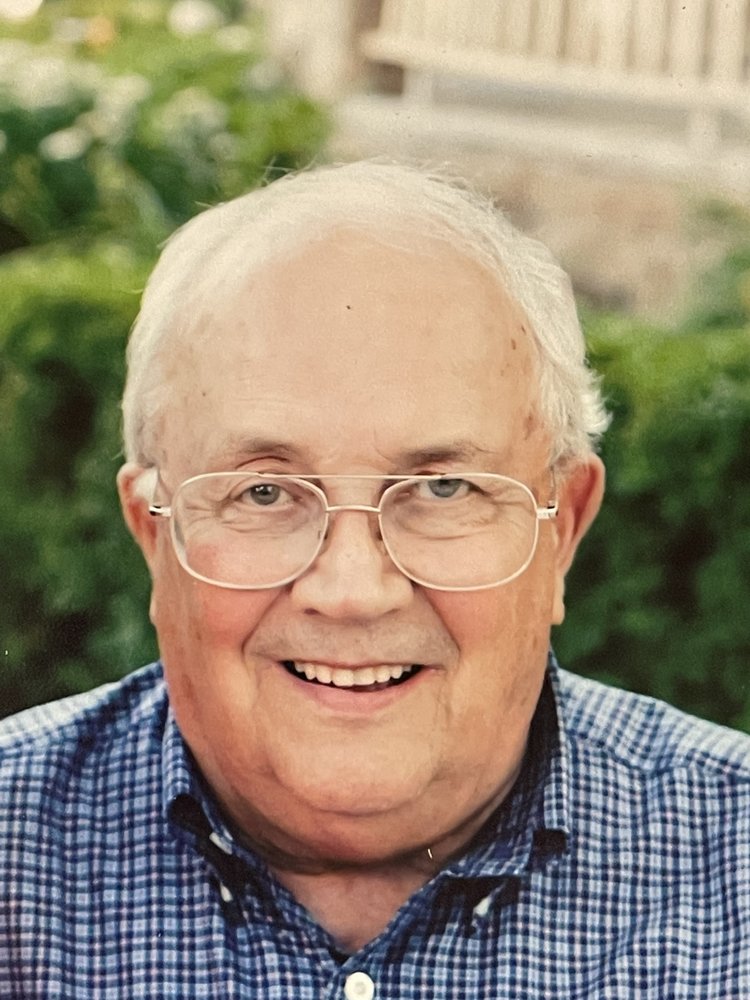 Merrill “Dee” Tonning Jr. passed away at home in Boise on Sunday August 1, 2021 of natural causes, he was 87. The family was fortunate as we were able to have spent most of the prior day with Dee at home.

Dee was born on January 13, 1934 in Weiser, Idaho to Merrill D. Sr. and Edwina Tonning, he was the oldest for four children (Arlene, Paul, and Kristeen). He graduated from Boise High School in 1952 and started at Boise Junior College that same year. Dee played saxophone and clarinet in the bands at both Boise High and BJC. He graduated from BJC with an associate’s degree in 1954.

In 1959 Dee met Bonnie Jean Gartner of Filer Idaho who was living in Boise with her roommate Marilyn at the time. On March 26, 1961, a cold and snowy day, they were married in Buhl, Idaho in Clover Trinity Lutheran Church. In April of 1962, days before their first son Dan was born, Dee and Bonnie moved into their new house on Edson Street in Boise where they lived until 1990. Nineteen months later, in early November of 1963 daughter Lisa was born. About 2 years later in September 1965 their third child Matt was born.

In the early 1970s Dee went back to school at Boise State College, while working full time and raising a family to pursue his Bachelor’s degree. Dee graduated from BSC in 1971 with a Bachelor of Science in Mathematics degree.

Dee was an accomplished musician playing the alto, tenor and baritone saxophone as well as the clarinet. Dee played in the Boise City Band and The Kings of Swing, just to name a few bands he was invited to play in.  The family would watch him play during the summers at the Julia Davis Park Band Shell in Boise, help him set up for his performances and join him in Sun Valley for the Jazz Festival. Dee continued to play with many bands throughout the years and in 2012, Dee decided to play his final gig.

The family will miss his music, his kindness and most of all, his humor.  Dee was always there to crack a joke or tell a funny story about the band or his days in the Army.  Dee leaves his wife of 60 years, Bonnie, his sons Dan and Matt (Stephanie), daughter Lisa (Wayne), granddaughters Brandy (Dustin), Nicole (Josh), Hailey, Morgan, Kayla (Kyle) and grandsons Dustin and Drew, 9 ½ greatgrandchildren, sister Kristeen (George) and numerous other family members.

“The song has ended but the melody lingers on.”

To send flowers to the family or plant a tree in memory of Merrill Tonning, Jr, please visit Tribute Store
Thursday
12
August

Share Your Memory of
Merrill
Upload Your Memory View All Memories
Be the first to upload a memory!
Share A Memory
Send Flowers