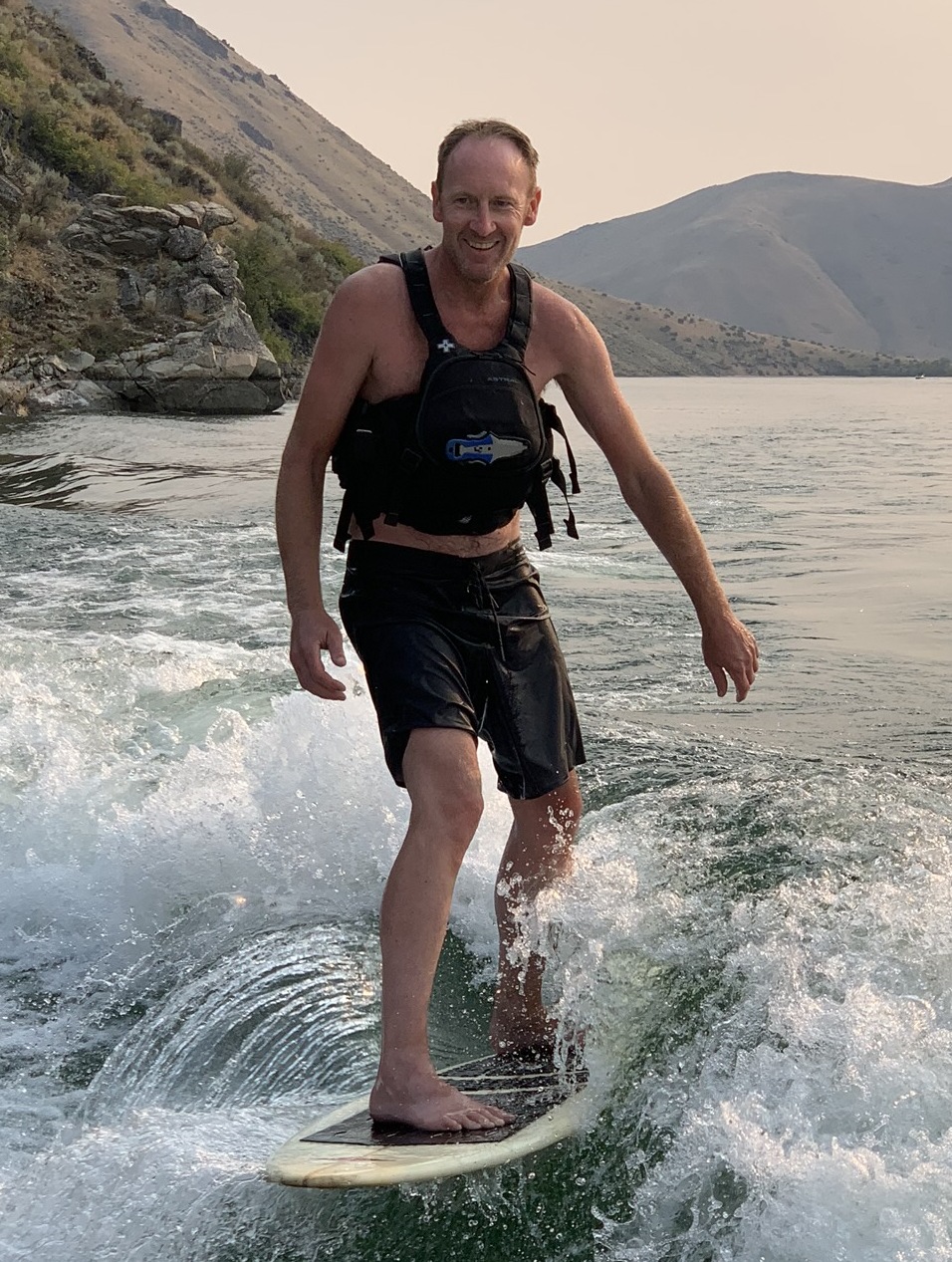 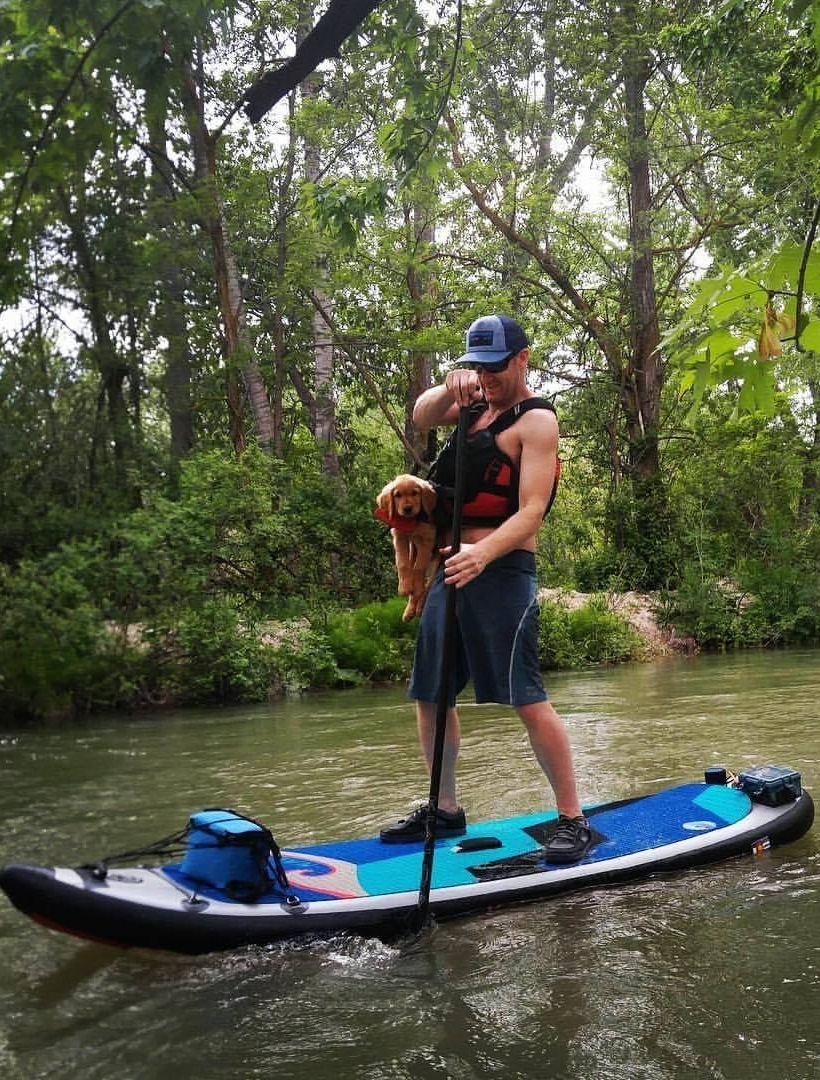 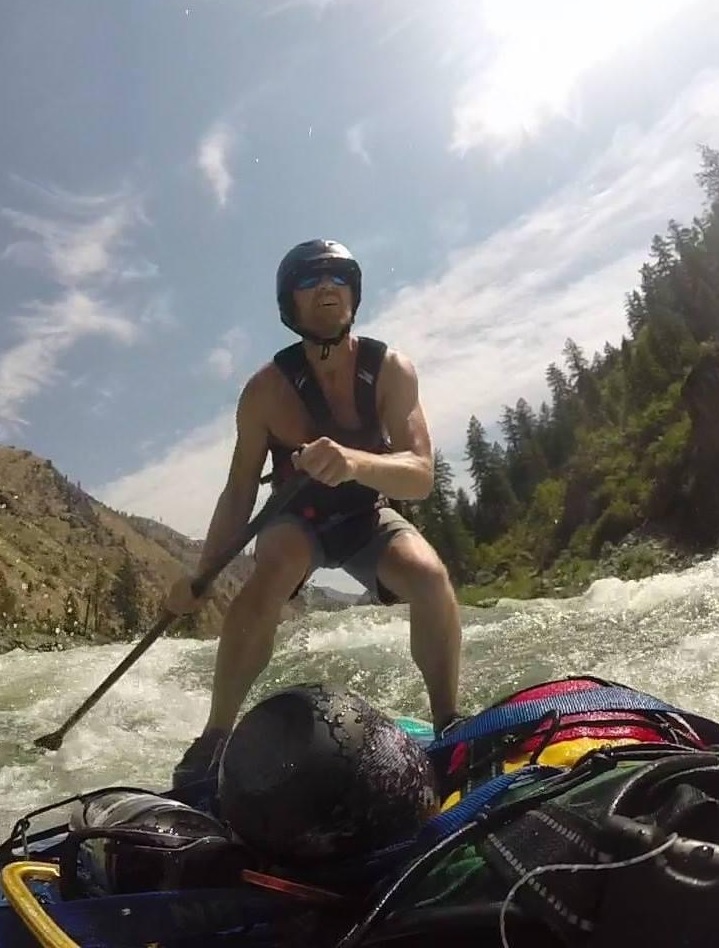 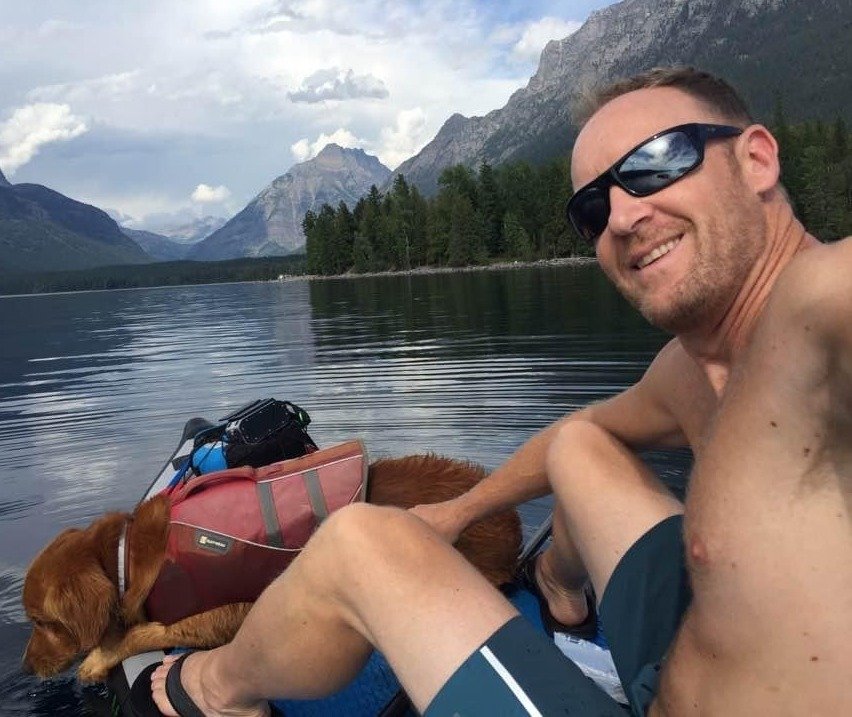 On Sunday, July 18th, 2021, Scott Gray passed away in his home at the age of 44 after a courageous battle against colon cancer.

Scott was welcomed into this world on June 17th, 1977 in Redding, California. His athletic ability shone through early, from his first steps, to his ability to master any ride-upon object invented at the time.  Scott loved to fly in his Grandma and Grandpa Hendrickson’s airplane and take the wheel as he sat on their laps and “flew”.

Scott grew up in Boise, splitting his time between various northern California cities. As an adult, he officially settled in his hometown of Boise where he felt he got the best of both the rivers and the mountains.

Scott loved any body of water, taking up surfing in Santa Cruz, CA and wakeboarding at Lucky Peak in Idaho.  In his 30’s Scott took up stand up paddle boarding and was a natural.  He taught and guided others to introduce them to the sport as one of the “best things ever”!  He comfortably navigated the Boise and Payette rivers as often as could, and he would often surf the rapids at his favorite spot in town. His golden retrievers, Harper and Hendrix, were always by his side, including on the river.

Scott would wait impatiently each fall for the snow to come, and ski season to come around.  Over the years, he honed his skiing abilities to the extreme black diamond level, sometimes striking fear in the hearts of more timid powder hounds.

Scott loved sports, especially basketball and football, and his positive attitude and love of life was apparent even as a small child.  In Scott’s middle years, with his first “Walkman” purchase, his love for and interest in music grew and grew.  Scott traveled to more concerts in one year to see the bands he loved, than most of us do in our entire lifetimes.  He wanted to share these good times with friends and family and he was always ready to “hook us up” with tickets.

Scott’s love of people made him an excellent real estate professional, helping others to find their dream homes, and to sell them when the time came to upgrade.  He loved helping people succeed in life and would go the extra mile to get the job done with each and every deal.   His personality was a unique combination of logic and brilliance, tempered by calmness and caring.

A funeral service will be held on Friday, July 23rd, 2021 at Morris Hill Cemetery at 10:30am with a post service reception at Kristin Armstrong Municipal Park (Sweet Gum picnic site) at 12pm. Donations, in Scott’s name, can be made to Ridge to Rivers.

To send flowers to the family or plant a tree in memory of Scott Gray, please visit Tribute Store
Friday
23
July